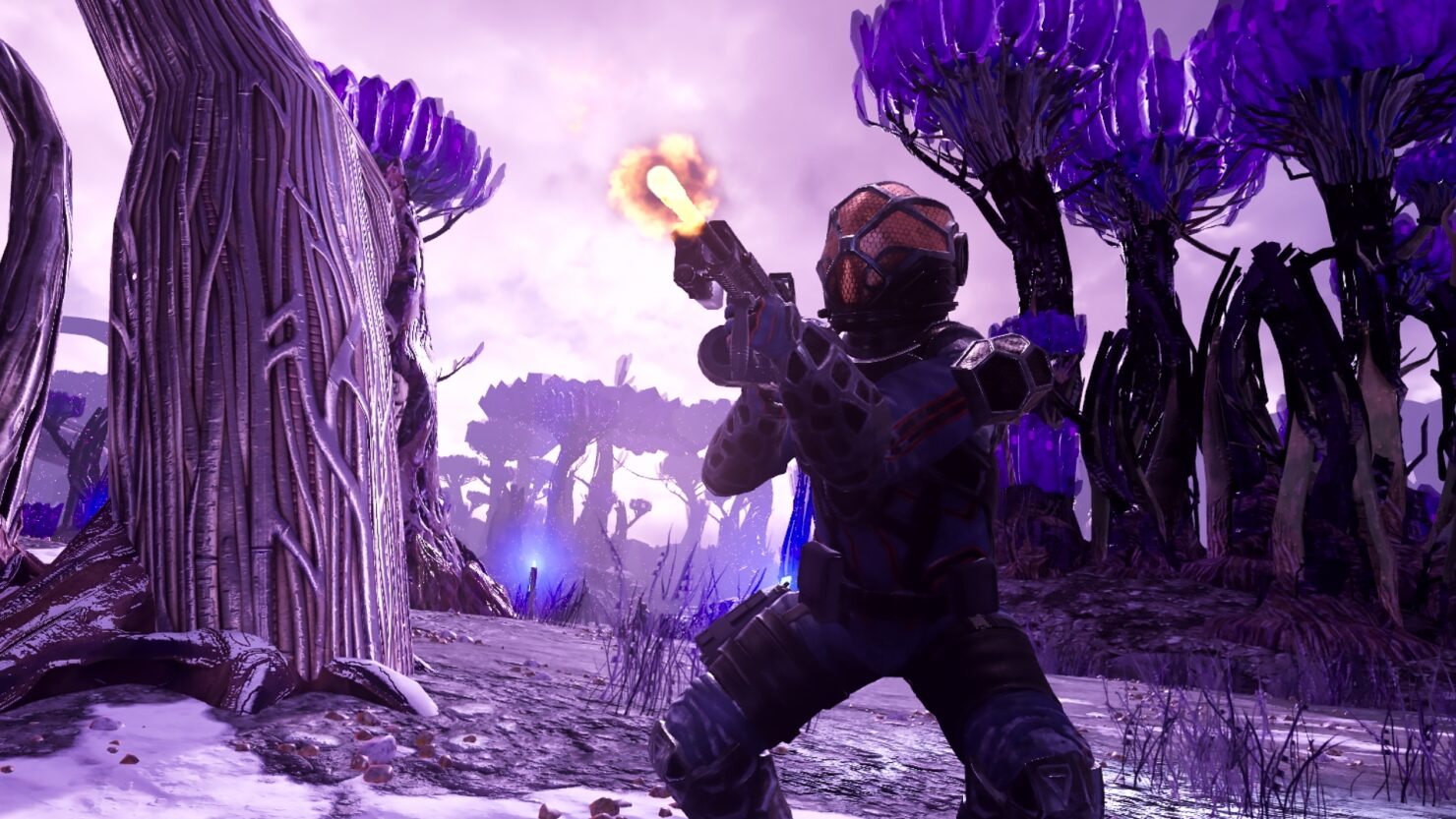 A new game announcement emerged today from inXile entertainment, as their triple-A PvPvE multiplayer VR shooter Frostpoint came to light. This is their second foray in the VR market after 2017's The Mage's Tale.

Targeting a 2020 launch on the Oculus Rift, HTC Vive and Valve Index headsets, it'll be published by Japanese company Thirdverse even though inXile has been owned by Microsoft for almost two years now.

I’ve been enamored with VR since the early days, and have had some of my finest gaming memories with a VR headset on. We’ve created an immersive new world with Frostpoint VR, and dialed up the intensity with 20+ player matches. It will be a thrill for us to watch people step into the world and battle it out.

The world in Frostpoint VR: Proving Grounds is vast, while the action is dense. We want players to be challenged to experiment and find the right combinations of gear and weapons to survive and level up their skills to be effective in this punishing yet highly enjoyable game. We’re looking forward to seeing how audiences respond to Frostpoint VR: Proving Grounds’ gameplay in the next several months.

You can find the detailed feature set of the game and its debut trailer below, as shared by inXile.

Frostpoint VR: Proving Grounds is a 20-player, team-based multiplayer shooter that pits two sides against each other in high-intensity PvP game modes, with a unique PvE twist.

​Set in an abandoned military base in Antarctica, each team will need to gear up and set out to dominate the opposing team while protecting themselves from terrifying biomechanical creatures.

Players are matched into 10v10 teams and coordinate their tactics through approach, strategy, and gear to dominate the enemy team through beautiful maps and engaging game modes like capture and control.

​Teams will fight for control of a forgotten military base in Antarctica where other players aren’t the only enemy. Gear up and charge forward to deal with the opposing team and protect yourself from the constant, otherworldly biomechanical threat.​

​Over a dozen rifles and pistols have been recreated in painstaking detail, allowing you to realistically hold each with one or two hands, and load, rack, fire, and clear them, as well as change firing modes. Tools and munitions help round out your arsenal, including grenades, health kits, armor upgrades, turrets, and tracking upgrades.