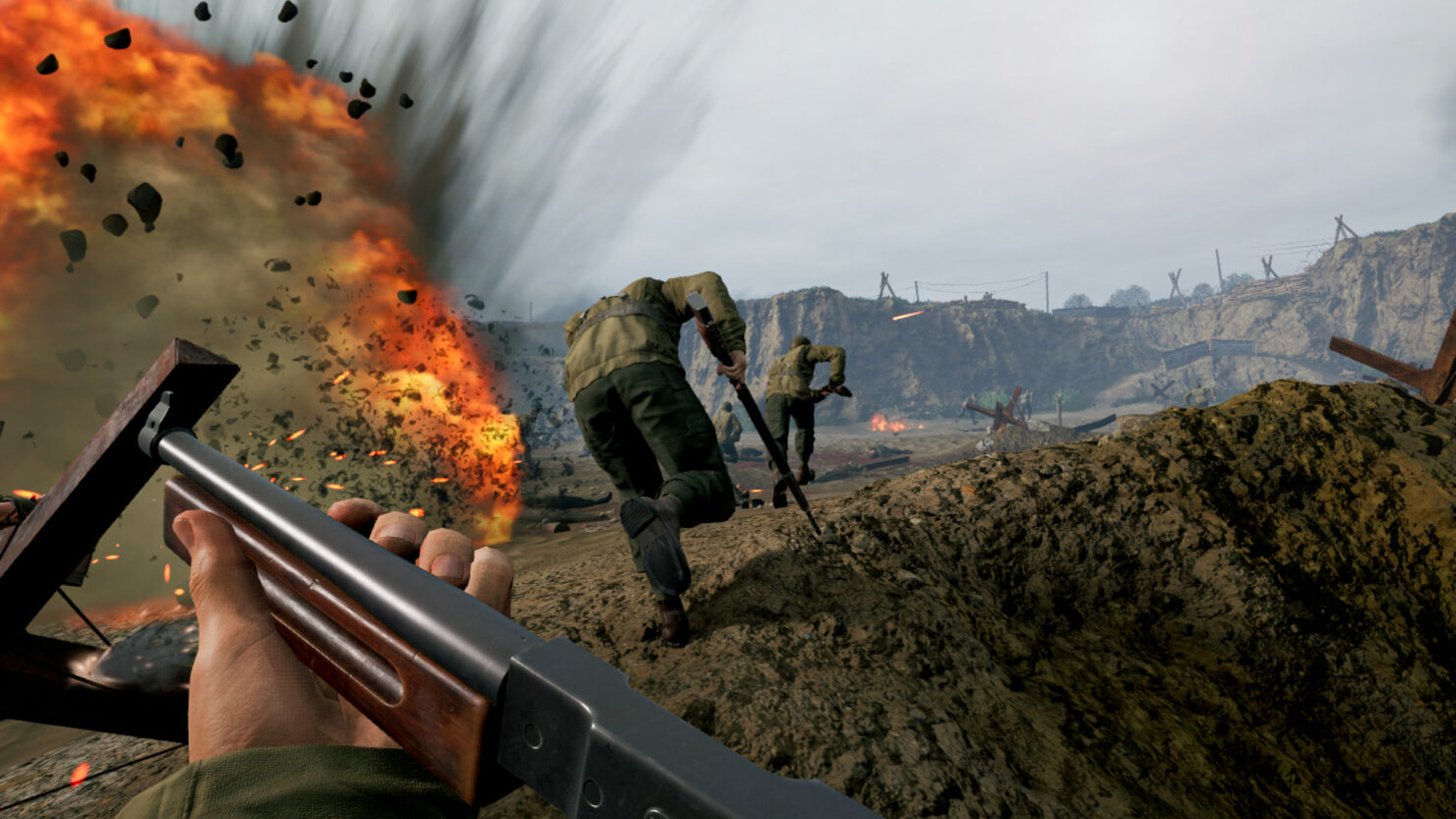 Virtual Reality gamers will have yet another potentially great moment before the year is over with the release of Medal of Honor: Above and Beyond.

The first-person shooter title marks the return of EA's beloved military franchise after several years (the last installment was 2012's Medal of Honor: Warfighter). Medal of Honor: Above and Beyond is being developed by Respawn Entertainment, with much of the core team credited for having worked in some capacity on 2002's Medal of Honor: Allied Assault, the franchise's peak to this day.

With the game, which will be compatible with Oculus Rift, Valve Index and HTC Vive devices, set to debut on December 12th, the developers shared the first look at multiplayer modes today. Check it out below.

Medal of Honor: Above and Beyond is an action-packed, immersive VR experience set in World War II, where you step into the boots of an agent of the Office of Strategic Services (OSS) in war-torn Europe. A deep single-player campaign bursting with authentic detail takes you through historic events on land, air, and sea, sabotaging Nazi bases, subverting enemy plans, aiding the French Resistance, and partaking in the biggest moments of the war.

In addition to the rich narrative campaign, you’ll be able to hone your skills in challenging combat exercises, go deeper into the history with award-winning short films created just for the game, and test yourself against your fellow soldiers in explosive, fast-paced multiplayer matches. Multiplayer modes take place on numerous sites across Europe and feature competitive modes where you fight alone, with a team, or even scramble to plant and diffuse timed explosives.

You’ll need more than good aim to succeed in your mission. Use anything in the world as cover, throw back enemy grenades, swim from sinking ships, and dive out of burning airplanes. You’ll have to stay on your toes if you want to make it out alive. You’re not watching history, you’re experiencing it, like never before.