Wasteland 3: The Battle of Steeltown

Ever since its very beginnings, the Wasteland series stood out from the competition with its crazy world, great writing, and solid gameplay, but it's only with Wasteland 3 that the series literally took off, presenting an amazing role-playing game experience that all fans of the genre should not miss for any reason. All the main game's best features, such as the great worldbuilding and writing, the engaging tactical combat system, and how the choices players make during the game have some real consequences, make a glorious comeback in The Battle of Steeltown, Wasteland 3's first proper expansion.

The Battle of Steeltown content can be accessed as soon as player characters reach level 9. Once they do, no matter where they are in the story, the Patriarch will contact the Rangers, asking them to look into an essential matter. Steeltown has been providing him all the weapons needed to defend his land from the gangs roaming around post-apocalyptic Colorado, but production dangerously slowed down in recent times. As such, the rangers, as part of their agreement with Saul Buchanan, must speak with the Steeltown CEO to solve any problem that may have arisen. 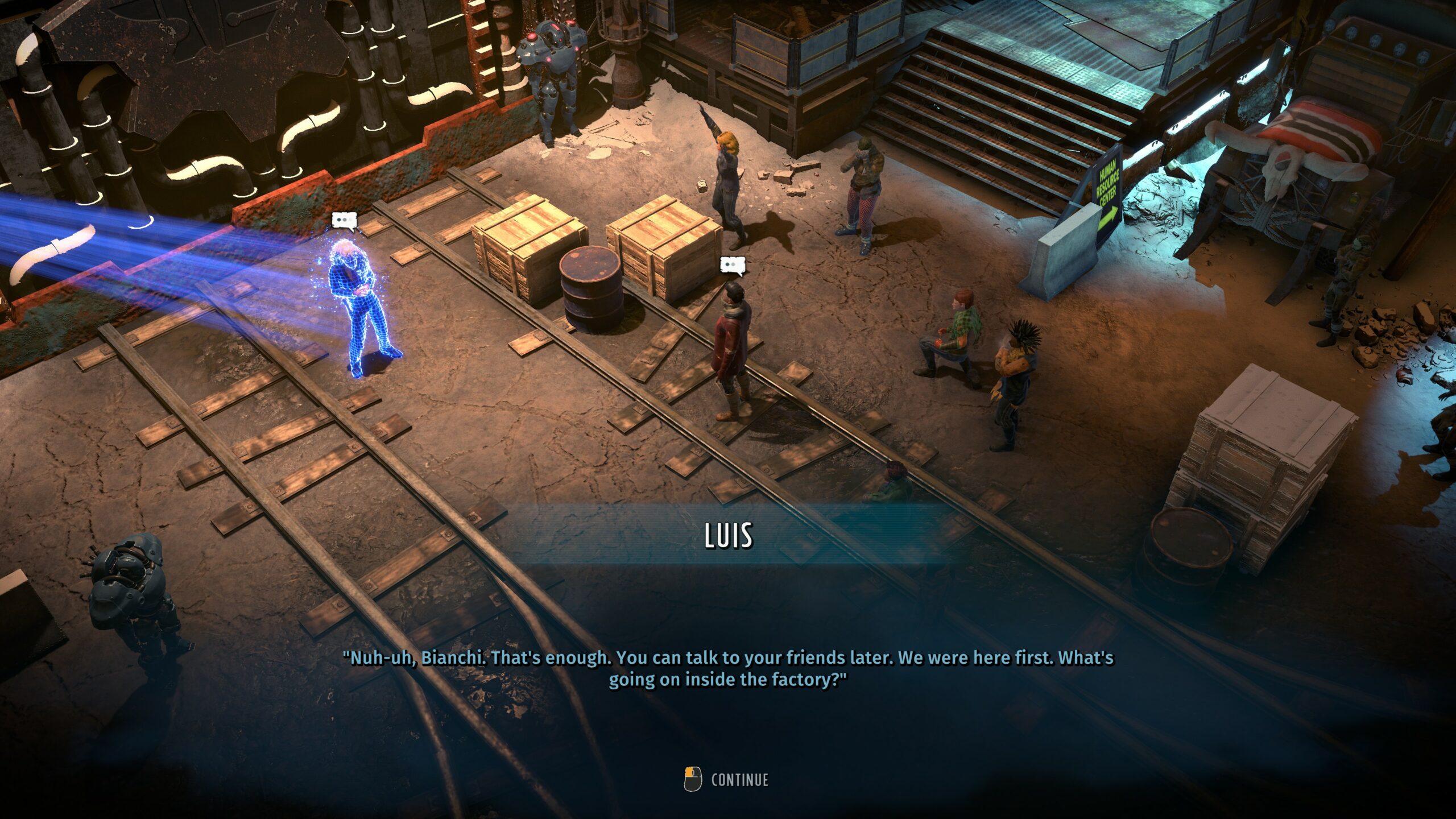 As it usually is in the post-apocalyptic world of Wasteland, things are way more complicated than they seemed at first glance. Factory workers are on strike, their relatives cannot enter the factory and haven't seen them in days, and the leaders of the city seem to be over-reliant on an AI called the Computational Engine, which has been making some bizarre decisions regarding new hires, placing unsuited people in extremely critical areas. As such, Steeltown has become a bomb ready to explode, and only the Rangers can prevent the worst from happening.

Keeping one hundred percent in line with the storytelling approach of the main campaign, The Battle of Steeltown expansion features the same wacky characters and over-the-top writing seen in the main game. All of the main characters in this new questline are quite memorable, and so is the tale told, which will unfold differently depending on the player's choices. Side quests, while few in number, also provide some memorable moments and quite a few laughs: one of them involves recovering a portable toilet from some monsters so that refugees surrounding the factory can improve their horrible living conditions.

Despite being accessible relatively early during the main campaign, Wasteland 3: The Battle of Steeltown is definitely meant for advanced players. Battles are extremely challenging even on the regular difficulty level due to enemy placement and numbers. The new mechanics also spice up combat quite a bit and add yet another layer of depth to it. 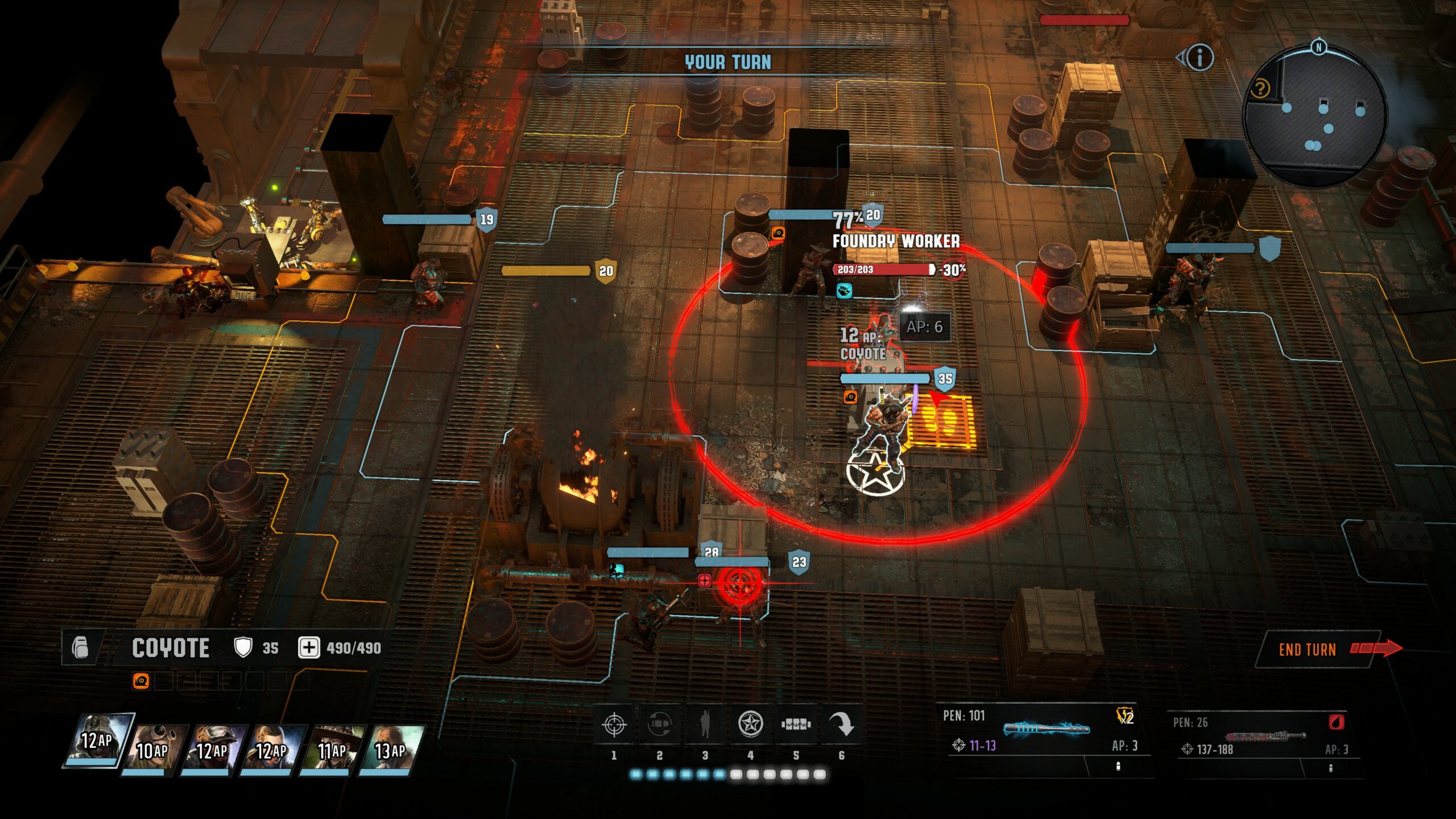 The first big addition to the Wasteland 3 combat mechanics are non-lethal weapons. These new weapons, which are acquired shortly after the beginning of the new questline, allow players to dispose of enemies without killing them, which makes sense in the context of the new story, as you will be fighting a lot of factory workers that are needed to keep things running. These weapons add different stacks of a new status ailment that knocks down the afflicted character once stacked 10 times. While this is the way to keep the Steeltown CEO happy and unlock some new quest options, it makes battles even more challenging as your combat options become extremely limited. Other status ailments introduced in the expansion work similarly, and the enemies will abuse them as much as possible, making battles even more challenging.

Wasteland 3: The Battle of Steeltown also introduces some new options for elemental combat via brand new weapons that can deal additional damage and status effects to enemies. Elemental Shields are also introduced to mitigate the effects of elemental damage, and enemies will make use of both to make your life even more difficult. With the addition of the powerful Power Loader mech, which focuses its attacks on a single target, The Battle of Steeltown expansion will put your tactical skills to the test.

While the new questline and all the additions are extremely remarkable on their own, it's the way they are implemented in the main adventure that makes The Battle of Steeltown so good. The new questline is seamlessly integrated into the campaign, as choices that have been taken during it do influence the characters you will meet in Steeltown. Additionally, you will be back to the factory once the quest has been completed to see its conclusion, which will also change depending on your choices.

Despite the relatively short length of the main quest, around three hours or so, Wasteland 3: The Battle of Steeltown is a more than worthy purchase for all those who loved the main campaign, as it comes not only with all the features that make the main campaign great but with improved versions of these mechanics. The wackiness is definitely out of the roof, but everything is fair game when it comes to a post-apocalyptic world such as this.

With a new engaging story nicely integrated with the main campaign, excellent writing, and new combat mechanics, Wasteland 3: The Battle of Steeltown is a more than worthy purchase for all those who have loved the game. The new campaign's high challenge level and relatively short length of the main quest may put some off, but, everything considered, The Battle of Steeltown is the perfect continuation of an already excellent experience.