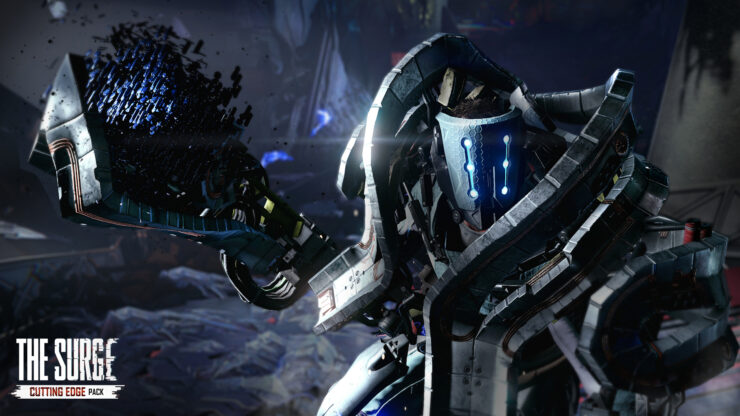 Free new The Surge DLC has been announced for a release on April 17 on PlayStation 4, Xbox One, and PC.

“Discover CREO's finest technology in the Cutting Edge Pack, a free DLC for The Surge introducing three brand new sets of armor and weapons!”, the Tweet reads. We’ve included some images from the upcoming new armor and weapon sets included in the DLC down below:

The Surge was released for PC and consoles back in May of last year. The game’s launch trailer can be found below:

Set in a heavily dystopian future as Earth nears the end of its life, those who remain in the overpopulated cities must work to survive as social programs become saturated by an ageing population and increasing environmental diseases.

As the intelligence of technology incrementally increased over the years, many jobs for the human race had been made redundant, forcing Earth's citizens to head out into the suburbs seeking labor, aided by exoskeletons to improve their efficiency. The world of The Surge offers a very grim vision of the future, where the evolution of our technology, our society and our relation with the environment led to a decadent state of the Human civilization.

Earlier this year, Deck 13 and Focus Home announced The Surge 2 for a release on PC and consoles in 2019. The sequel is said to feature a more ambitious level design and more expanded limb-targeting system.