The Surge 2: The Kraken

The Surge and, more recently, The Surge 2 proved how Deck13 is more than capable of developing an engaging Souls-like action role-playing. The game may not be all that different from its main inspiration, but there are enough tweaks to the formula made popular by From Software that make the game stand on its own. The  Surge 2 experience has now been expanded with The Kraken DLC, which adds a new location to the game and some new content like additional enemies, bosses, side-quests, and equipment. While enjoyable, the new content is not truly meaningful.

The Surge 2: The Kraken can only be accessed after a certain point in the main campaign has been reached. Once Ezra Shields has been defeated, it is possible to access the new area by heading to Port Nixon and get on a boat that was previously nowhere to be found. Once off the boat, players can explore a suburban area as well as parts of the V.B.S Krakow. The ship's AI has gone rogue for some reason, and it is now not only keeping tabs on what is happening in the surroundings but also commanding robots to kill any unwanted guest. There's a reason behind all this, and everything is explained through the typical audio message that can be found all over the new area. 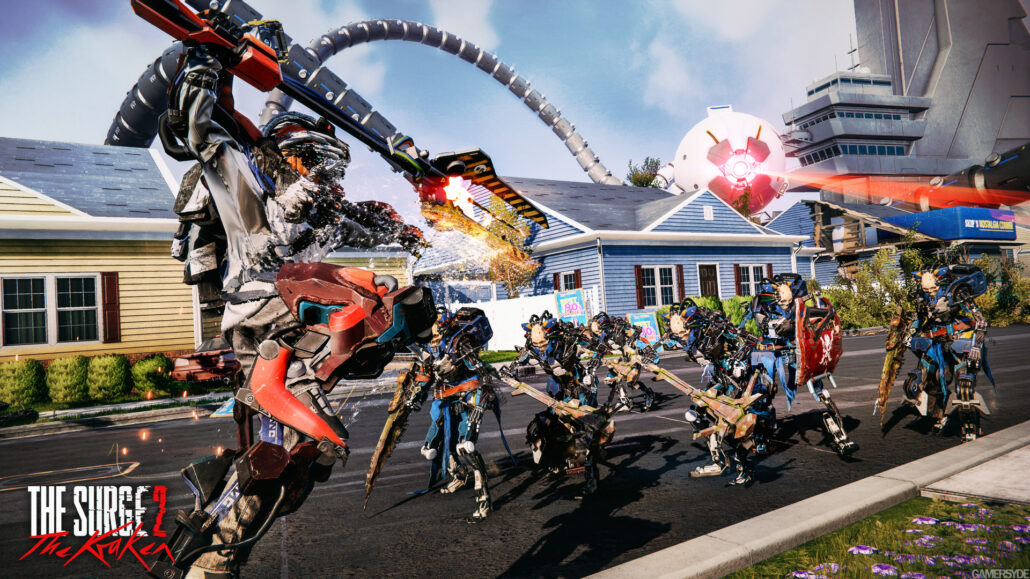 In terms of design, the new area doesn't offer anything truly different from the areas seen in the main campaign. Locations are interconnected through several shortcuts, and some of the corridors are reminiscent of the first entry in the series. Don't expect to spend much time exploring the new area, however, as it is rather small and it will take around 2 hours to see everything it has to offer.

This is not to say that the content included in The Kraken DLC is bad. There are a couple of new enemies with new attack patterns and two bosses, although one of them is just a variant of a regular new enemy. The final boss of the expansion is actually well-designed, and it can prove to be a challenge if players are not prepared properly. Aside from this boss, The Kraken DLC doesn't offer any truly difficult battle: enemies scale to the player's level, but if you have played The Surge 2 extensively, and mastered Directional Parry, you won't have any trouble taking down most regular enemies. New weapons and equipment pieces can also be obtained by defeating the new enemies, offering players some additional customization options.

Aside from collecting all audio-logs and the new items, The Surge 2: The Kraken DLC also features two new optional quests as side-content. They are not particularly long nor interesting, so you won't be missing out much if you do not complete them.

Considering its very short length, light amount of new content and lack of any meaningful addition, The Surge 2: The Kraken is not at all an essential purchase for those who are not massive fans of the main game. Those that are, however, will appreciate everything the DLC has to offer, despite it being somewhat unremarkable, final boss aside.

The Surge 2: The Kraken offers a new area to explore, new enemies to fight, new items to find and new side-quests to complete. Sadly, the new content is not particularly meaningful, and the short length makes the DLC a worthy purchase only for those who love the main campaign.