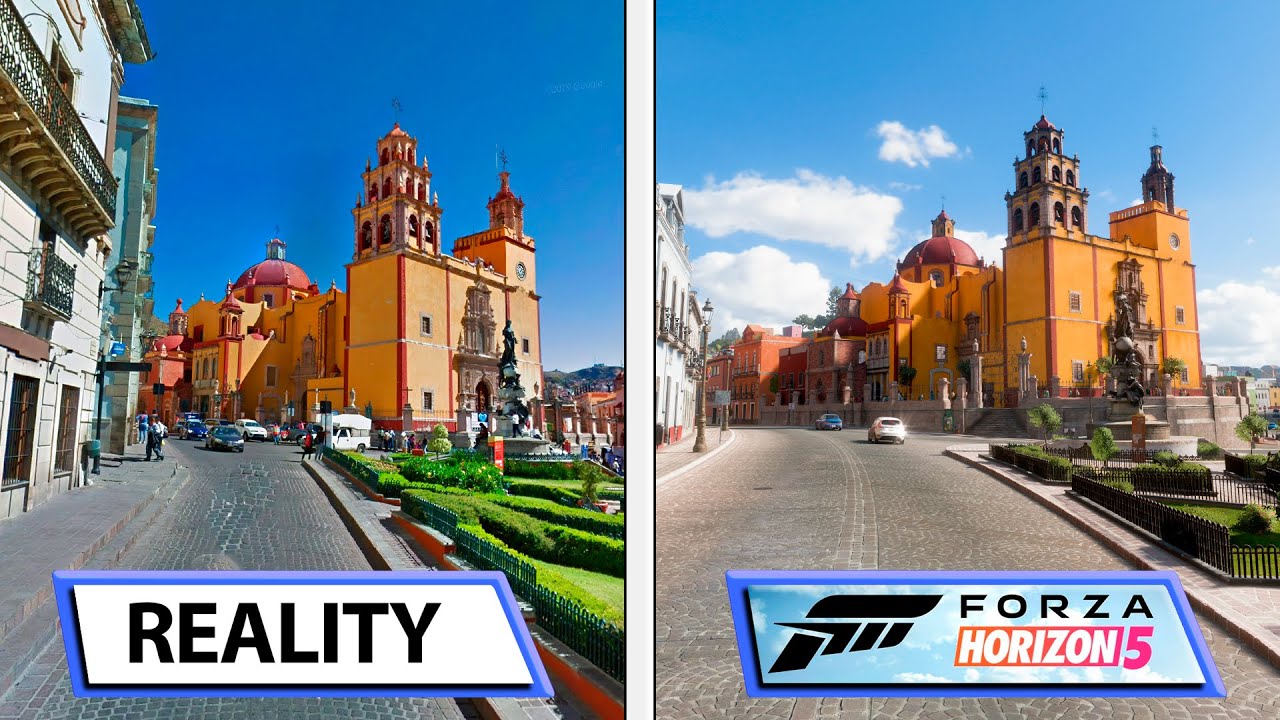 With Forza Horizon 5 now being available via early access, a new comparison video has surfaced, comparing the locations within the game to the same locations in real life, and the results are impressive, to say the least.

We've already seen comparisons like these before. For instance, last year, a The Last of Us Part II comparison showed the incredible detail in Seattle City. In addition, we had a reality comparison for the upcoming Horizon Forbidden West, highlighting the amazing work that Guerrilla Games is doing.

Today we wanted to share the insane level of detail that Playground Games has delivered within its latest Forza Horizon installment. Set in Mexico, Forza Horizon 5 features iconic landmarks within the country, and this new comparison video (courtesy of ElAnalistaDeBits) shows how close the game's visuals come to real life. Check out the new video down below.

What are your thoughts about this comparison video? Has Playground succeeded in its efforts to rebuild Mexico within Forza Horizon 5? Hit the comments down below.

Forza Horizon 5 is available via Early Access on Xbox and PC right now. The racer launches globally on November 9th. Be sure to read our review in case you're still in doubt whether you should play this gem. We've included a part of our review down below.

I've noticed something; it's all been positive so far. Well, to keep up with that trend, I should say that Forza Horizon 5 is gorgeous. Honestly, it is. The environments are stunningly detailed, with weather effects adding to the scenery and atmosphere. That's before we account for new features like sandstorms and how the weather changes the world and how it looks.

Adding onto this is the music, with an excellent soundtrack full of music across the radio stations. I'm happy sticking to XS, listening to my rock music (with The Killers!) or the classical station now and then. One issue I had in the past, on the car and engine sounds, has been improved, but you still have some similarities. It's still an improvement, though.