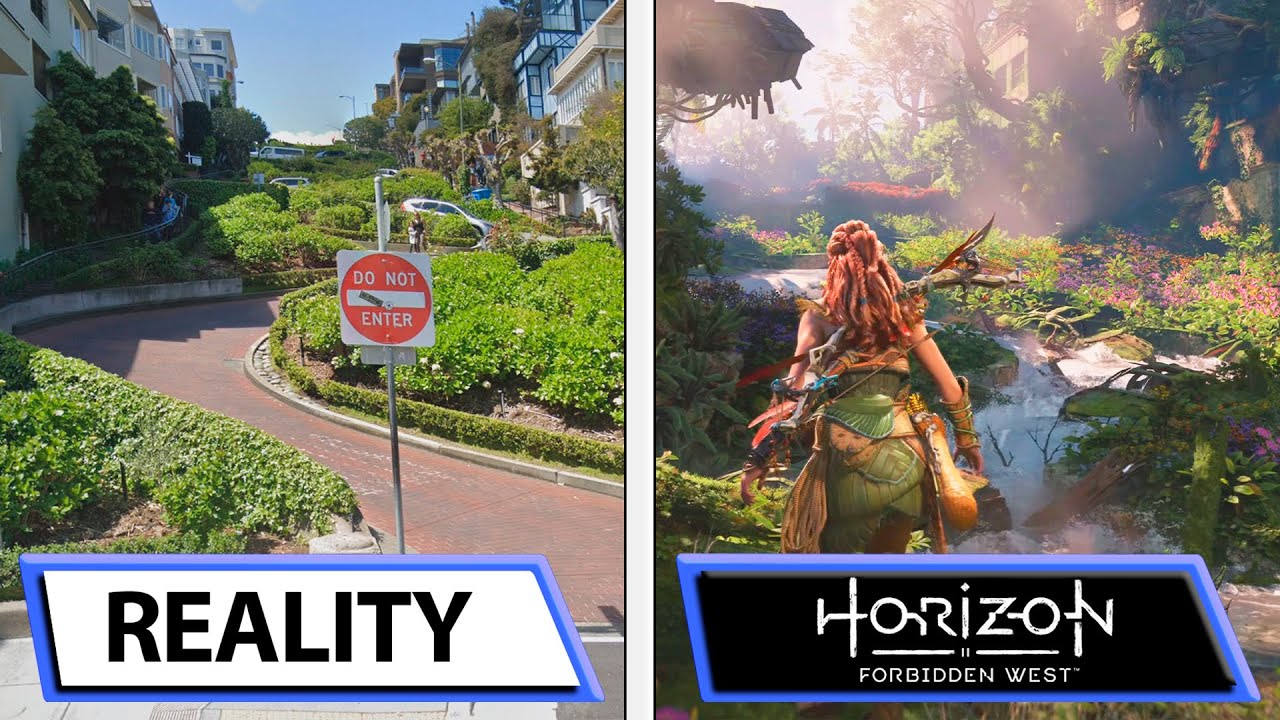 The upcoming Horizon sequel from Guerrilla Games is set in new territory in a post-apocalyptic San Francisco. Locations include, among others, the Golden Gate Bridge, Lombard Street, the Palace of Fine Arts, the Transamerica Pyramid, City Hall, and the Ferry Building. So how will these iconic locations look in-game compared to their real-life counterparts? Well, going by a new comparison from YouTube channel “ElAnalistaDeBits”, Guerrilla has gone to great lengths when it environmental details.

Check out the comparison video down below and judge for yourself.

Sony’s first-party studio isn’t the first studio with astonishing attention to detail – we’ve also seen this with Naughty Dog’s The Last of Us Part II, which is set in a post-apocalyptic Seattle.

Horizon Forbidden West launches on both PlayStation 5 and PlayStation 4 on a yet-to-be-announced date. The sequel was officially announced last year during Sony’s PS5 reveal event.

Explore the lush forests, sunken cities and towering mountains of a far-future America.