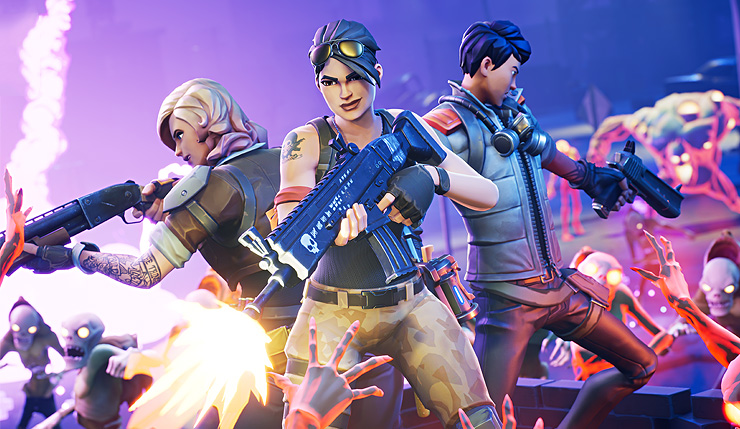 Fortnite Battle Royale is preparing to launch its third “season,” which promises to be its biggest yet. Publisher Epic Games says Season 3 will include 76 new cosmetic items, a major increase over the previous season’s 46 possible unlocks.

For those unfamiliar, Fortnite Battle Royale handles in-game rewards in a somewhat unique way. The game lets players participate in regular two-month-long seasons by purchasing a “Battle Pass.” This pass grants players access to some cosmetic items right off the bat, and more can be acquired by earning XP and unlocking additional reward tiers (Season 3 will include a total of 100 tiers).

A Battle Pass will cost you 950 V-Bucks and impatient types can spend 150 V-Bucks to instantly level up a tier. V-Bucks can be earned in-game, but, of course, they can also be bought with real money ($10 will get you 1,000 V-Bucks). Epic previously indicated the Season 3 Battle Pass would only be able to be purchased with real-world money, but they’ve since backtracked on that.

You can also purchase a new Battle Bundle, which includes the Battle Pass and 25 Tiers for 2,800 V-Bucks (a 40 percent discount).

Here’s a breakdown of Season 3’s content, compared to Season 2:

For Season 3, Fortnite Battle Royale will also be offering new Weekly Challenges, which replace the previous Daily Challenges. The game will update with each week with a new set of seven challenges, which will be available for the full duration of the season. This will let players take things at their own pace, rather than having to log in daily.

Season three of Fortnite: Battle Royale should kick off this Thursday (February 22).