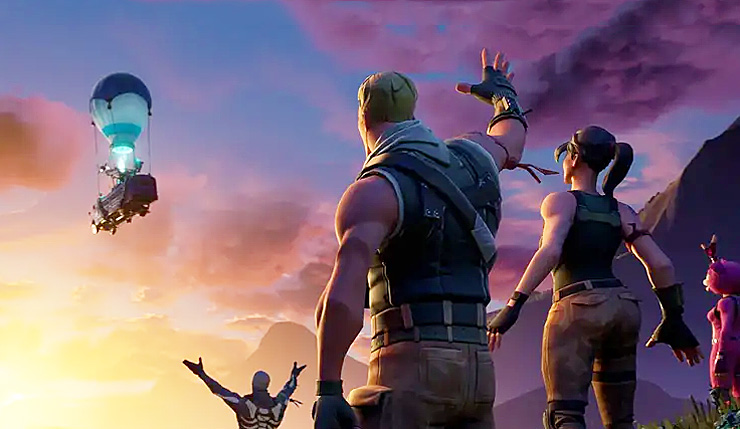 As you may have heard, Fortnite went dark last evening, with everything being sucked into a black hole as part of the game’s Season X finale. This reset has affected everything Fortnite-related, including the game’s website, which now redirects to a Twitch stream of the black hole. There was some speculation we’d officially find out what was next when the calendar flipped over to October 15 in China, but that doesn’t seem to be the case.

Well, we don’t know when Black Hole Watch 2019 will end (fans are now speculating it may last until Tuesday morning), but we now know what’s coming as a trailer for the Fortnite Season 2, Episode 1 Battle Pass has leaked. You can check it out for yourself below (Note: if the embed has been pulled, just search for “Fortnite Season 2 trailer” on Youtube and something will come up).

So yeah, while we don’t have any official details yet, a lot can be gleaned from that trailer. While the quality isn’t great, it looks like the game may have received a bit of a visual facelift. Epic has also added some much-requested features, including swimming, diving, boats, the ability to carry downed teammates, achievement-like Medals, and more. The Episode 1 Battle Pass also looks like it’s going to one of the biggest ones yet, with over 100 rewards to earn.

In other news, we also have a look at Chapter 2's all-new map. The fresh map was seemingly leaked by Twitter user Joshypiepiepie, and confirmed to be legit by FNBR Leaks and News.

yeah this is the new map, thanks @ShiinaBR for helping verify it from footage https://t.co/bSYkYRPPr0

A lot to pour over there, but the new map definitely looks quite a good bit bigger than the old one. It also includes more rivers and water, which makes sense, given the new swimming/diving/boating abilities coming to the game.

What do you think? Excited for Fortnite Chapter 2? Will the new map be as fun as the original? We'll keep you posted as official info and/or more leaks come in.