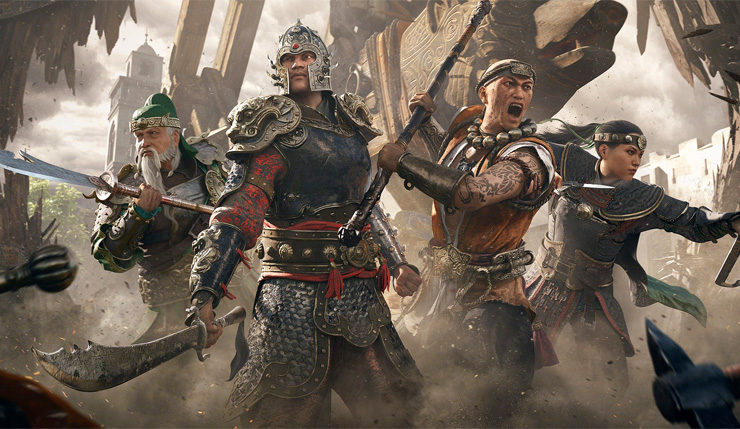 For Honor’s biggest update ever is almost here! Marching Fire introduces the Chinese Wu Lin faction, adding four new Heroes, the strategic 4x4 Breach Mode, Arcade mode, updated graphics, and more. Ubisoft may be branding Marching Fire as an expansion, but it’s almost a stealth sequel. You can check out a trailer for the update, below.

And here’s a ton of Marching Fire gameplay courtesy of the latest Warrior’s Den livestream.

Here’s a rundown of Marching Fire’s paid content, which will set you back $30:

New Heroes From The Far East

Arcade mode is a new solo or two-person online co-op mode where players fight battles and earn rewards that carry over to all multiplayer modes. This mode allows you to explore new heroes and level them up before taking them into PvP. With infinite replayability, this quick-play mode will deliver a new battle every time with varying objectives, enemies, and modifiers. Beginning in November, Arcade mode will feature weekly events and challenges with exclusive rewards. Also, as an added benefit, players who own Arcade mode can play with friends who haven’t yet purchased the mode.

Marching Fire’s paid content will launch alongside a free update, which includes the following:

Attack and defend a castle in Breach, For Honor’s new strategic 4v4 PvP mode. Attackers must work together to storm the castle gates and kill the Lord of the castle, while defenders must either take down the battering ram or kill all attackers to protect the Lord.

Significant graphical enhancements bring you closer to the action than ever before, including:

But that’s not all! Ubisoft has also dropped a teaser image for For Honor Year 3, which will apparently be titled Year of the Harbinger. Not a lot to be gleaned from the image, but it seems we’ll be getting one or more war-hammer-wielding Heroes. 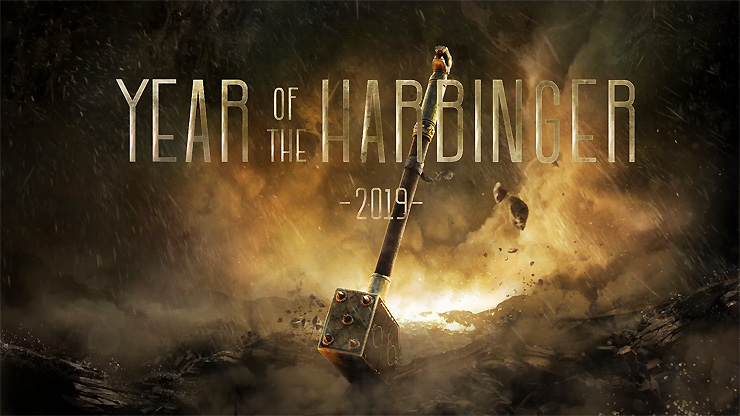 For Honor struggled with server problems, manipulative microtransactions, and other issues following launch, but Ubisoft stuck by the game, eventually turning things around. According to the publisher, the game recently surpassed the 15 million players mark.