For Honor Is Now Free To Keep on PC UPlay; Marching Fire Update Launching in October 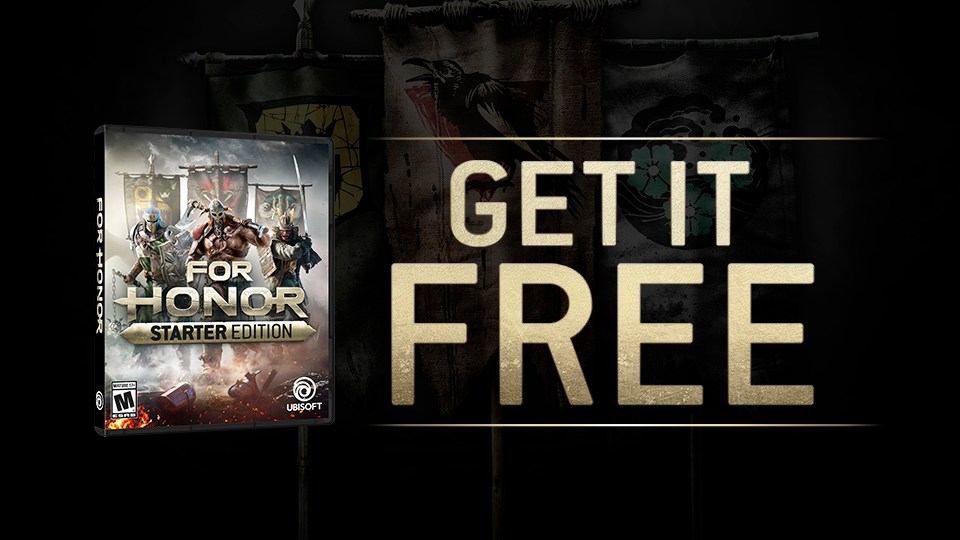 During Ubisoft's E3 2018 conference, a new major update called Marching Fire was announced to be coming to For Honor on October 16th, 2018. This will add a Chinese faction of fighters, new content and modes and even a graphical update.

Carve a path of destruction through an intense, believable battlefield fighting for guts, glory, and survival in For Honor, the acclaimed melee action game developed by Ubisoft Montreal in collaboration with other Ubisoft studios.

Enter the chaos of a raging war as a bold Knight, brutal Viking, or deadly Samurai, three of the greatest warrior factions of legend. For Honor is a fast-paced and immersive experience, mixing skill with visceral, never-before-seen melee combat. Storm castles in massive battles and confront deadly bosses in the memorable story campaign and support your allies while slaughtering enemies in the groundbreaking multiplayer modes where your combat skills will make the difference between life and death.
Since its release in 2017, For Honor has continued to expand its world with new heroes, modes, and features. Six seasons of content, including regular in-game events, have kept the faction war fresh and exciting. Responding to community feedback, the team worked diligently to build dedicated servers for all multiplayer modes. Since the release of these servers, For Honor has reached best-in-class match completion and eliminated host migration. The recently launched training mode teaches players to master the Art of Battle, For Honor’s completely unique combat system.

NEW HEROES FROM THE FAR EAST – Four warriors from the Wu Lin faction are traveling west after civil war, betrayal and personal tragedies strike close to home. The Jiang Jun, once a feared general, now uses his guandao to wreak havoc on the West. The Nuxia, a bodyguard betrayed by allies, uses her hook swords to slay anyone who stands in her way. The Shaolin, a warrior monk forced to watch his monastery burn, now spreads the gospel with his staff. The Tiandi once sat fourth in line for the throne but was consumed by madness and killed his brothers, ultimately leading to the defeat of his empire. Now, he atones by seeking out the wicked with his broadsword.

BREACH THE CASTLE – Attack and defend a castle in Breach, For Honor’s new strategic 4v4 PvP mode. Attackers must work together to storm the castle gates and kill the Lord of the castle, while defenders must either take down the battering ram or kill all attackers to protect the Lord.

GRAPHICALLY ENHANCED – Significant graphical enhancements bring you closer to the action than ever before.

Furthermore, as mentioned in the title you can get For Honor Starter Edition for free for a limited time (E3 week) and keep it. There are also heavy discounts for other editions.

Despite a rocky launch, For Honor improved over time (as other Ubisoft titles did recently, chiefly Rainbow Six: Siege) and now counts over eight million players.