Focus Home Interactive (EPA:ALFOC) is quickly becoming my publisher of choice, primarily because they are a publisher that is bringing back the idea of mid-tier titles, taking risks on new properties and publishing games that are that bit different to the others around. All through the year, we've followed their strong Q1, record-breaking H1, record-breaking Q3 and the unsurprisingly strong Q4.

Focus Home Interactive and the Strength of Mid-Tier

If you haven't noticed the trend, the 2018-19 financial year has been a record-breaking year for the Paris-based publisher, as they have recently reported in their annual earnings summary. Revenue for the year ending 31st of March, 2019, has hit €126 million with a gross margin of €36.6 million and operating income of €14.1 million. This has exceeded the guidance given by the publisher by over 20%

The company's success has been driven by a host of titles, such as Vampyr, selling over one million copies, Farming Simulator 19 which has now sold over two million copies, having sold one million within the first ten days and Insurgency: Sandstorm has also sold over half a million copies. Furthermore, the company also mentions the American Wilds edition of MudRunner and Battlefleet Gothic: Armada 2 as other well-performing releases during the financial year. 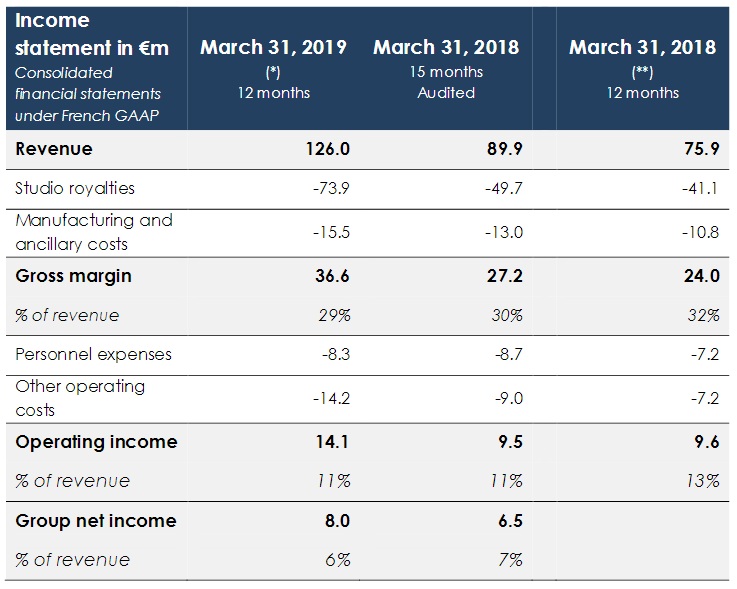 Focus Home Interactive also went into a breakdown of their sales figures, indicating that new releases have been particularly successful during the current year, though the company's back-catalogue is still valuable. Back-catalogue titles accounted for 25% of sales over the year, with digital sales accounting for 66% and 90% of sales were made internationally.

Earlier this year I had the opportunity to attend the annual "What's Next" event where Focus Home Interactive displays their upcoming titles to a selection of press. At the event I was able to see titles like The Surge 2 (Preview - Interview), GreedFall (Preview - Interview), MudRunner 2 (Preview) as well as currently released titles like World War Z (Review) and A Plague Tale: Innocence (Review).

The company has already seen great success with World War Z, which launched on the 16th of April and sold over two million copies just a few weeks after release. In addition to this comes A Plague Tale: Innocence, a game I personally find exceptional, has been very well received critically and was also voted as May's best game on the official playstation.us blog. Later this year will see the release of The Surge 2 by Deck 13 Interactive, GreedFall by Spiders and MudRunner 2 by Saber Interactive. 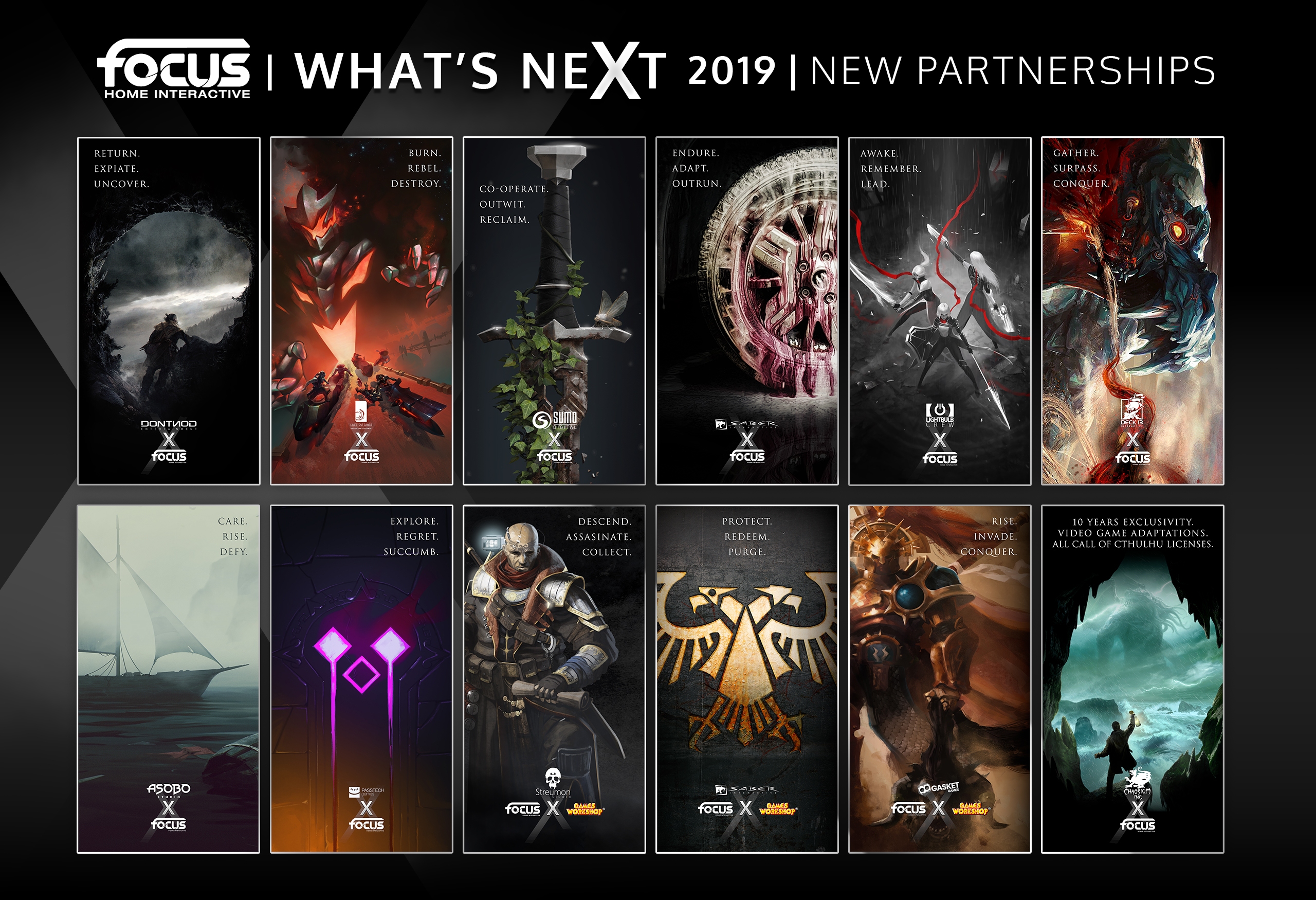 Focus is proud to renew key partnerships with talented players such as DONTNOD Entertainment (Vampyr), SABER Interactive (MudRunner, World War Z), DECK13 (The Surge), ASOBO (A Plague Tale), STREUM ON (Space Hulk: Deathwing), and PASSTECH Games (Space Run). It will embark on new partnerships with industry veterans such as SUMO Digital (Eve: Valkyrie), GASKET Games (former members of Relic Games – Dawn of War), and promising new studios such as LIMESTONE Games and LIGHTBULB Crew. The Group also announced an agreement with historical partner Games Workshop for the development of three new Warhammer games, and a partnership with Chaosium for the exclusive operation of a series of Call of Cthulhu video games over the next ten years.

Due to the success, Focus Home Interactive has seen this year and with the roster of titles coming up, the company has raised guidance for sales by the end of March 2022 to reach from €150 to €200 million for the fiscal year.