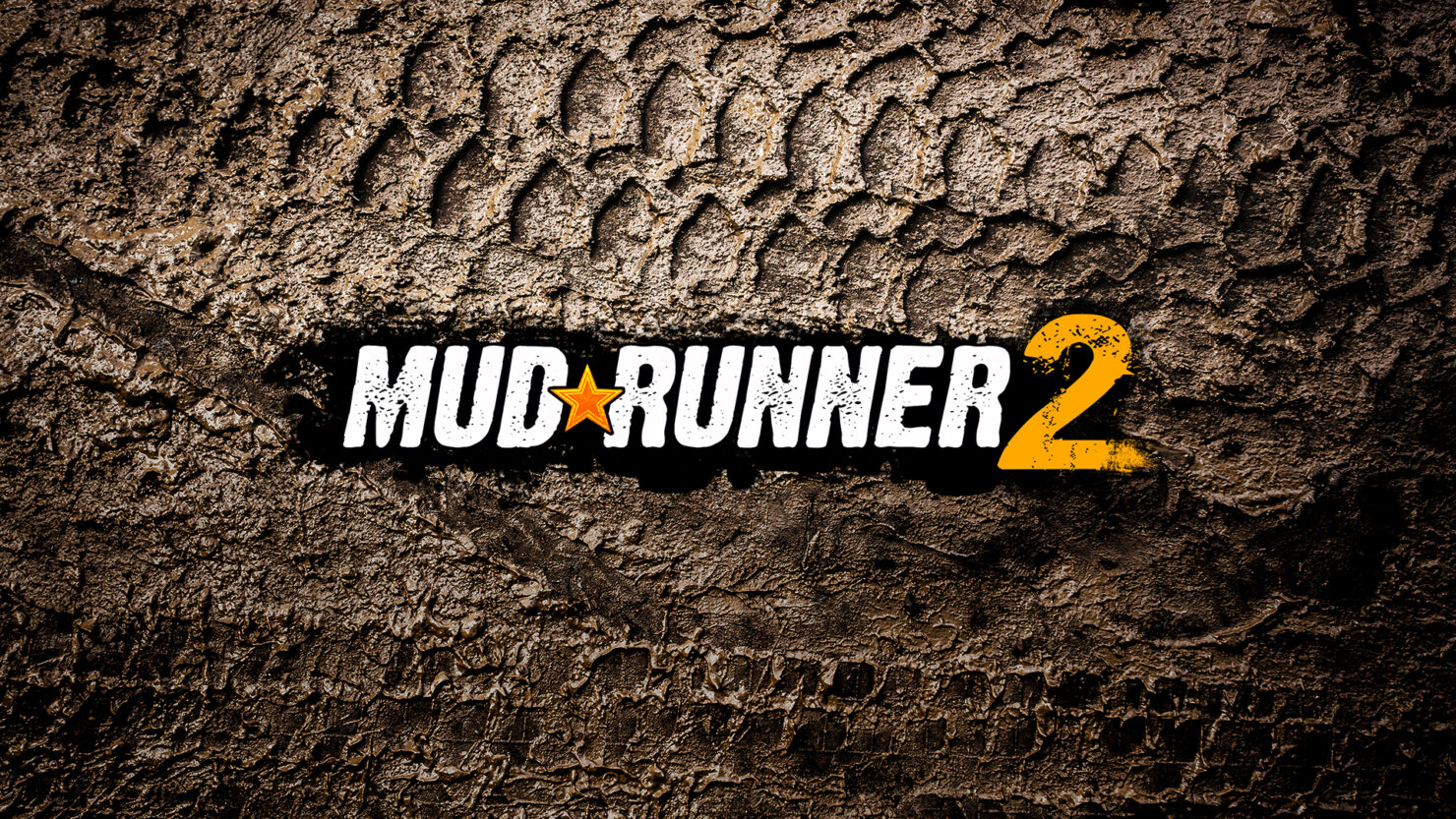 Spintires, by all accounts, is a game that likely took developer Pavel Zagrebelnyj and developers Oovee by surprise. Starting as a Kickstarter in 2013, the game was released in 2014 to more than an impressive reception, selling over one hundred thousand copies within its first month. The game eventually went on to sell over one million copies before publisher Focus Home Interactive picked up the publishing rights and released the ultimate version of the game, Mudrunner, before expanding the game further with the American Wilds expansion and other downloadable content.

From what I've recently seen at the What's Next event held by publishers Focus Home Interactive, Developers Saber Interactive are now working on expanding the Mudrunner universe in a big way, showing - at least in a presentation - huge improvements in the upcoming Mudrunner 2. 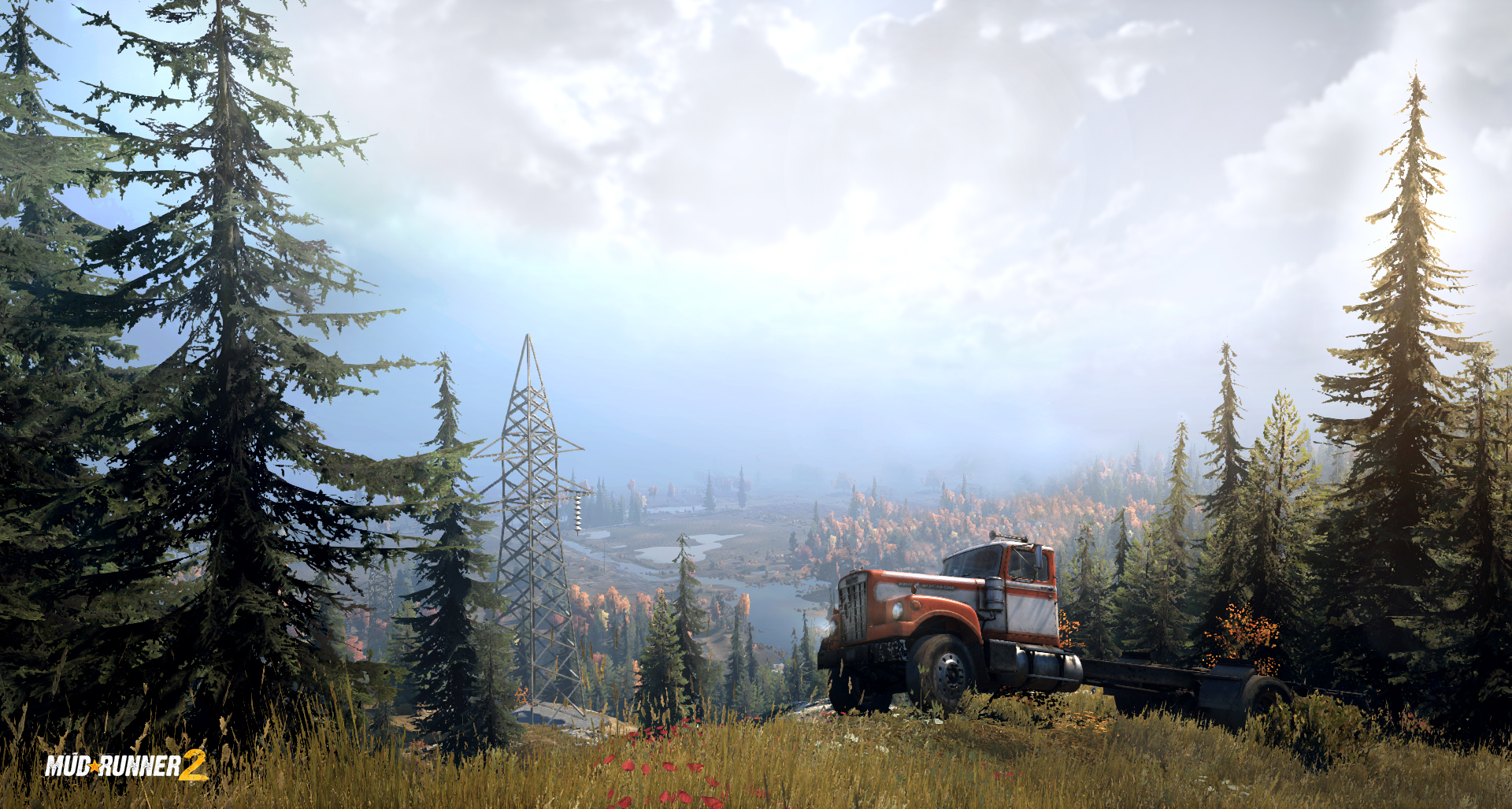 The most notable feature of Spintires and then Mudrunner is the terrain deformation, having you drift through peaks and troughs of mud, the water swirling around your tyres, reducing your stability and the very foundation of the ground you're driving along. You'll find the very wheels of your huge trucks, or even the smaller vehicles, tearing up the land - the concerns that hit as you're slowly getting stuck, bound to miss a delivery. Maybe you'll even lose your vehicle to the harsh terrain?

It's something that was depicted in great style and while it may not have been completely accurate, it's the closest a game has ever come to showing real-time terrain deformation and the effects it has on a vehicle you're driving. Particularly so when considering the type of vehicle, the weight and even the treads on the tyres. In a hands-off presentation given by Saber Active, I got to see a member of the dev team playing a particular portion of the game and what was great in the first now already looks exceptional in the sequel.

Fortunately, with it being an actual live-gameplay session rather than a video, it's clear what Saber are pushing for in the sequel. The visual quality of the game has been improved considerably, with a lot of attention put into the physics of the mud, the displacement of terrain, how water filters through ruts and also the strength of foliage around. Is the tree that you're going to hook yourself to strong enough to withstand you using it to winch yourself out of a rut? Even the load of your vehicle will be accounted with the physics of the game, so carrying a load of bricks is going to have you sink into some soft mud a lot more than a load of pillows would. Fortunately, I was told that there will be recovery options, such as a helicopter, other than coming back with your own vehicle to rescue your stranded truck.

Edit: Despite it being mentioned in a conversation during the event, it has been confirmed that there will be no helicopters in MudRunner 2.

All of this is done in a world that's considerably more open and larger than that of the first game. The one map shown during the event was said to be four times larger than that found in Spintires: Mudrunner, with there being multiple maps to travel to. The most important feature is the fact that these maps will also feature different types of surfaces. Not only will you have to deal with the mud and water, you'll also be able to travel to an area based on Alaska, where you'll have to deal with ice and snow. In addition to the increased size comes an increase in scope, offering a large number of activities and objectives. 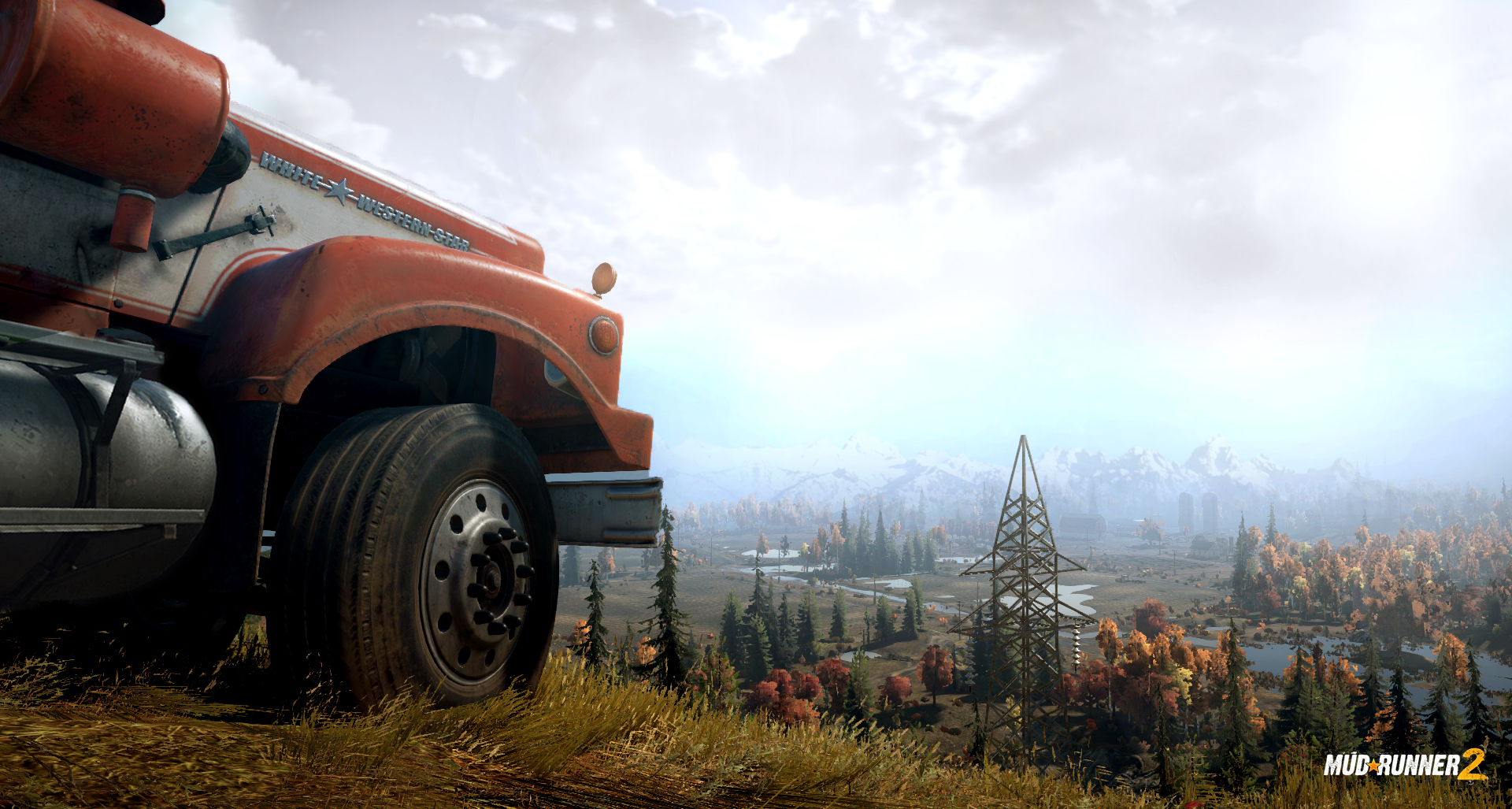 While the ice and snow weren't shown to us in-game, a video showing what the developers are working on and how they're trying to show the simulation of these was displayed. Will it work out in the end? Having seen the work on the rest of the surface types, I would imagine so. What I'm not completely certain about working out is the physics of the different vehicles. What was shown looked good, but without the ability to actually get hands-on with the game one can only guess. What makes it slightly more complicated is the increased number of vehicles and also the further customisation options brought into MudRunner 2.

First, the number of vehicles has increased with a wide number of licensed makes too, including large names like Caterpillar, Ford and Gaz, to name just a few. As for the customisation of vehicles, the actual effects weren't shown, what was done is a quick run through of different customisation types, showing them on the menus, while explaining the different areas. There are basic customisation elements like the colour of your vehicle. However, actually impacting on your experience will be such as changing your tyres or even adding in components that can, for example, help with going into deeper water. How you change your vehicle can, and will, directly impact the routes you can travel and each vehicle has, as you would expect, their own unique cargo capacity.

Everything, from the loading of cargo onto your truck, using your winch to help you get out of a sticky situation and even the damage done to your vehicle was well displayed. The user interface is something that I was told Sabre have worked a lot on and it shows. Even from just watching somebody else play the game, it was clear to look over and see exactly what you needed. From watching the developer play, it even seemed easier to swap between your vehicles, load cargo and more. All of this should increase the accessibility of the game. 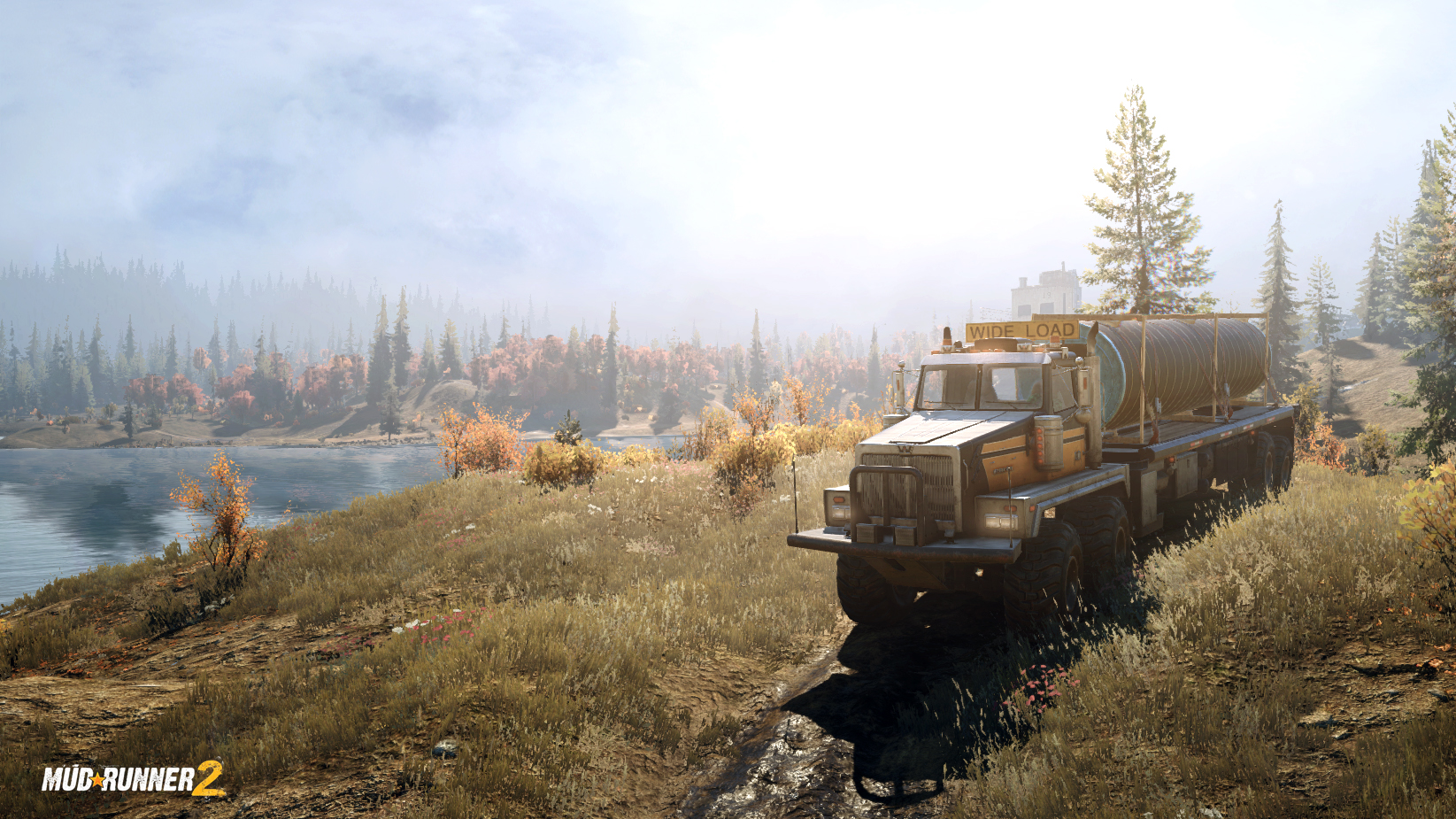 Aesthetically, Sabre has also made large improvements from MudRunner to MudRunner 2, particularly so when you look at the mud, the foliage and even the vehicles as you drive them. The displacement of mud, water rising around your tyres, it all looked great. In addition to the world, an increased level of detail has gone into the inside of the vehicles, with them said to have unique cockpit views.

Considering how much I enjoyed the first title and the developments that Sabre look to be making here with MudRunner 2, this is something I'm looking forward to. There's always a risk that it doesn't turn out as expected, but from speaking to the developers at the event, they have gone into painstaking detail, particularly around the physics and driving offroad, bringing in experts. Should the full game turn out as good as the first and how these early glimpses look, Saber and Focus Home could have a decently successful title on their hands.

MudRunner 2 will be launching on the PC, PlayStation 4 and Xbox One later this year.