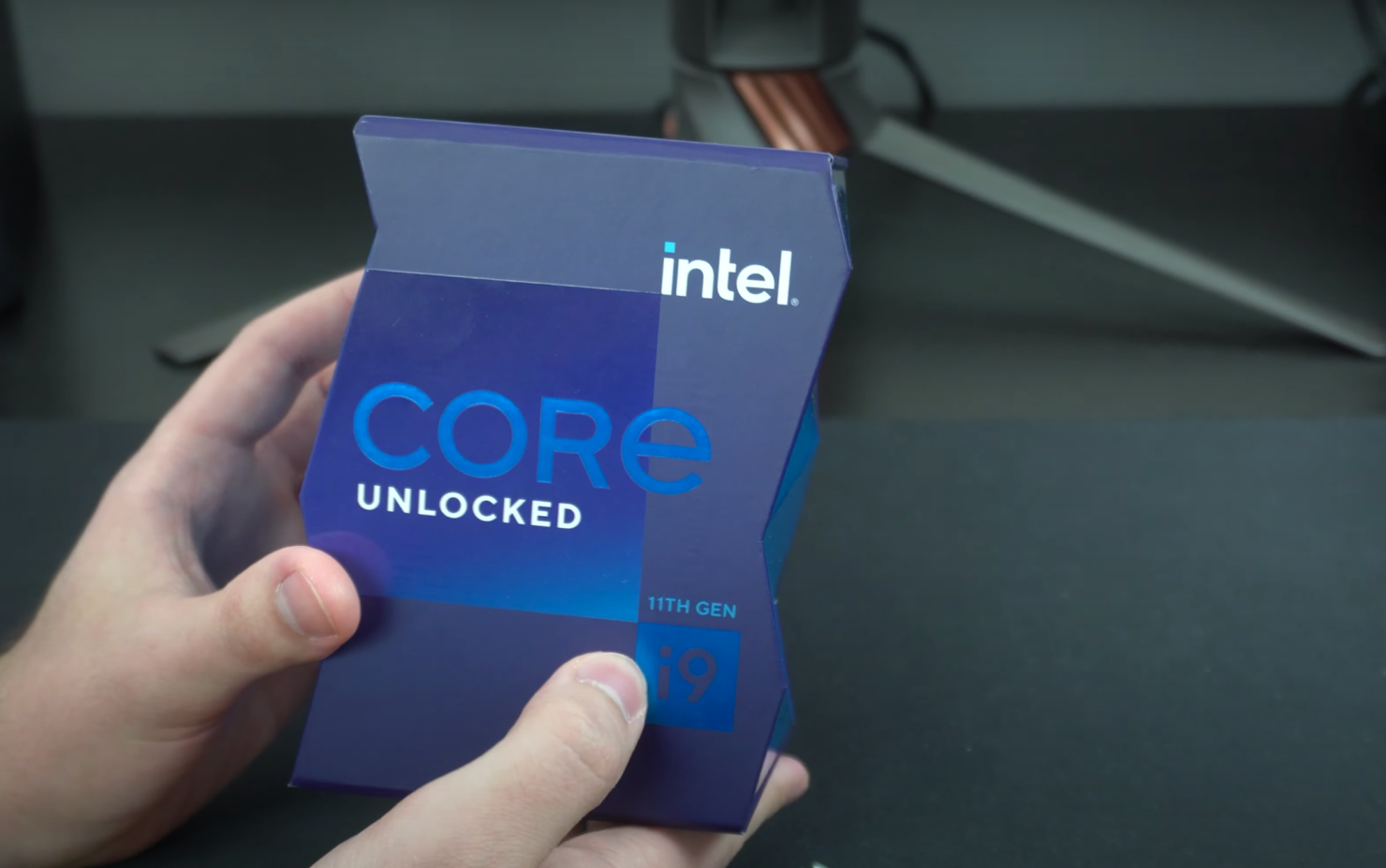 Intel and its retailers haven't been doing an amazing job of keeping the 11th gen Core Rocket Lake processors out of consumers' hands before the March 30th launch. We saw 120 i7-11700Ks be launched way before March 30th in Germany which gave us some prelaunch reviews. Now, a YouTuber, Vassi Tech, has received an Intel Core i9-11900K CPU from his preorder.

Vassi Tech received this Intel Core i9-11900K CPU a week prior to the embargo lift, but this isn't a review sample sent out to reviewers. This is a retail chip from the preorders that somehow got to him. Luckily enough, he has posted a video of the unboxing experience of the flagship model. Last month, we saw leaked images of the packaging for the entire Rocket Lake lineup. Rather than a simple box, the flagship model's packaging is a unique, brand new design. It comes with a polygonal shape that features an acrylic cover on the sides. This is similar to Intel's Core i9-10900K boxed package but slightly more stylish than before.

As for the specifications of i9-11900K, it features 8-cores and 16-threads. The base clock speed is 3.50GHz, the single-core boost clock speed is 5.30GHz, and the all-core boost clock speed is 4.8GHz. The TDP is 125W, but that can quickly double when overclocked. The total cache is 16MB and it also features Intel Xe integrated graphics with 32 EUs (256 Cores). It is based on the 14nm Cypress Cove architecture and uses the LGA1200 socket which makes it backward compatible with the 400 series motherboards. It also features PCIe Gen 4 support.

As for the price, it will cost consumers $539 which is a little expensive for what it offers. The i9-11900K does offer the best single-core performance out of any processor, but it doesn't offer the greatest multi-core performance. It falls behind the 5800X in the most recent multi-core benchmarks and doesn't even compete on the same level as the 5950X. The saving grace for Intel is that finding a 5800X at the retail, $449, is quite difficult due to shortages, but if it were widely available, the 5800X would be a better pick over the 11900K due to the lower price and multi-core workload advantages.

It's a good first look at the 11900K and the unique packaging, but the hope of many including me is that Vassi Tech will do a full review of the 11900K with in-depth prelaunch benchmarks. This will help consumers choose whether to continue with their preorder or cancel it.

antOnline Is Hosting A Giveaway For The Intel Rocket Lake Core i9-11900K CPU, Open Until Midnight