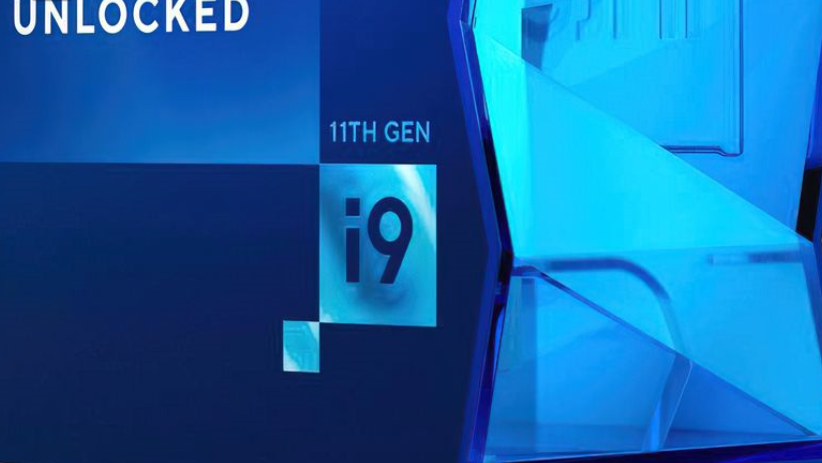 Intel's 11th Generation Rocket Lake Desktop CPUs launch next month and it looks like we have got our first look at their box packages. The Intel Rocket Lake CPU lineup would mark a new beginning for Intel which would offer its first major architectural upgrade in years and a refocus on the single-threaded performance crown.

The most prominent thing you'd notice from the leaked box packages is that they are physical recreation of the brand new Intel logos. Aside from the flagship model. all Core i9, Core i7, and Core i5 CPUs within the Rocket Lake lineup will feature a similar package design that looks both simplistic & neat. You can check out the box packages (courtesy of Videocardz) below:

As for the flagship model, Intel has a brand new design that comes with a polygonal shape that features an acrylic cover on the sides. This is similar to Intel's Core i9-10900K boxed package but slightly more stylish than before. Do note that Intel recently switched to standard cardboard box packages for the Core i9-10900K which is to be expected since the new flagship is right around the corner.

The Intel 11th Gen Rocket Lake lineup will be the one using the brand new packages while the 10th Gen Comet Lake refresh processors which include the Core i3, Pentium and Celeron CPUs will get similar but a toned-down package cover. The 11th Generation Intel Rocket Lake CPUs are planned for launch in March with a more recent rumor hinting at a hard launch with reviews on the 15th of March. Expect to see more information on the processors in the coming weeks along with pricing updates on when and where you can buy these chips for your 400 and 500-series motherboards.