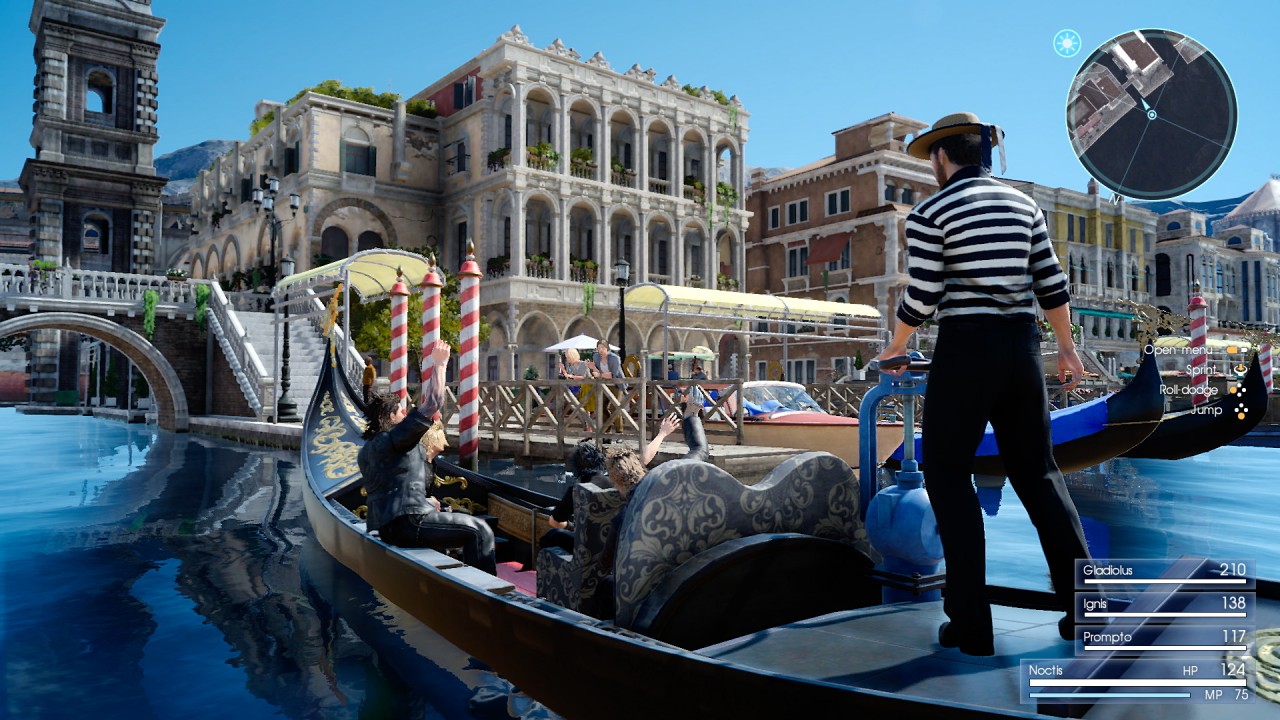 [Update 2] Additional details on the Final Fantasy XV Crown update have emerged online, confirming that there will be plenty of gameplay tweaks, such as the ability to use Warp outside battles, some new battle actions, new screen effects to better indicate HP status and more. The full patch notes are only available in Japanese as of now, but they're not too difficult to understand with the help of an online translator.

[Update] A new Final Fantasy XV trailer has also been made available today. You can check it out right below.

[Original Story] A while back, Final Fantasy XV director Hajime Tabata confirmed that an update will be released on launch day to address camera issues as well as introduce other fixes and new features. Today, the director of the highly anticipated role-playing game has revealed more details regarding these features.

According to Hajime Tabata, the Final Fantasy XV day one update, which will be called Crown Update, will add two new cutscenes from the game, one taken from Kingsglaive: Final Fantasy XV and another from the Omen trailer, a Monster Whistle, which will allow players to summon monsters, additional recipes, and Social Networks features that will allow players to upload Prompto's picture to Facebook and Twitter. Tabata also added that these are only some of the features coming in the update, but he didn't specify if the full update notes would be released before the update goes live next week.

On a related note, a new Final Fantasy XV commercial has been made available recently, focusing on the game's key characters. You can check it out right below.

Final Fantasy XV officially launches next week in all regions on PlayStation 4 and Xbox One, but some lucky fans already managed to get their hands on early copies of the game. One of these lucky players, Verendus from the NeoGAF forums, also shared his impressions, which are definitely positive.

Final Fantasy XV launches next week, November 29th, in all regions on PlayStation 4 and Xbox One. We will keep you updated on the game as soon as more comes in on it, so stay tuned for all the latest news.