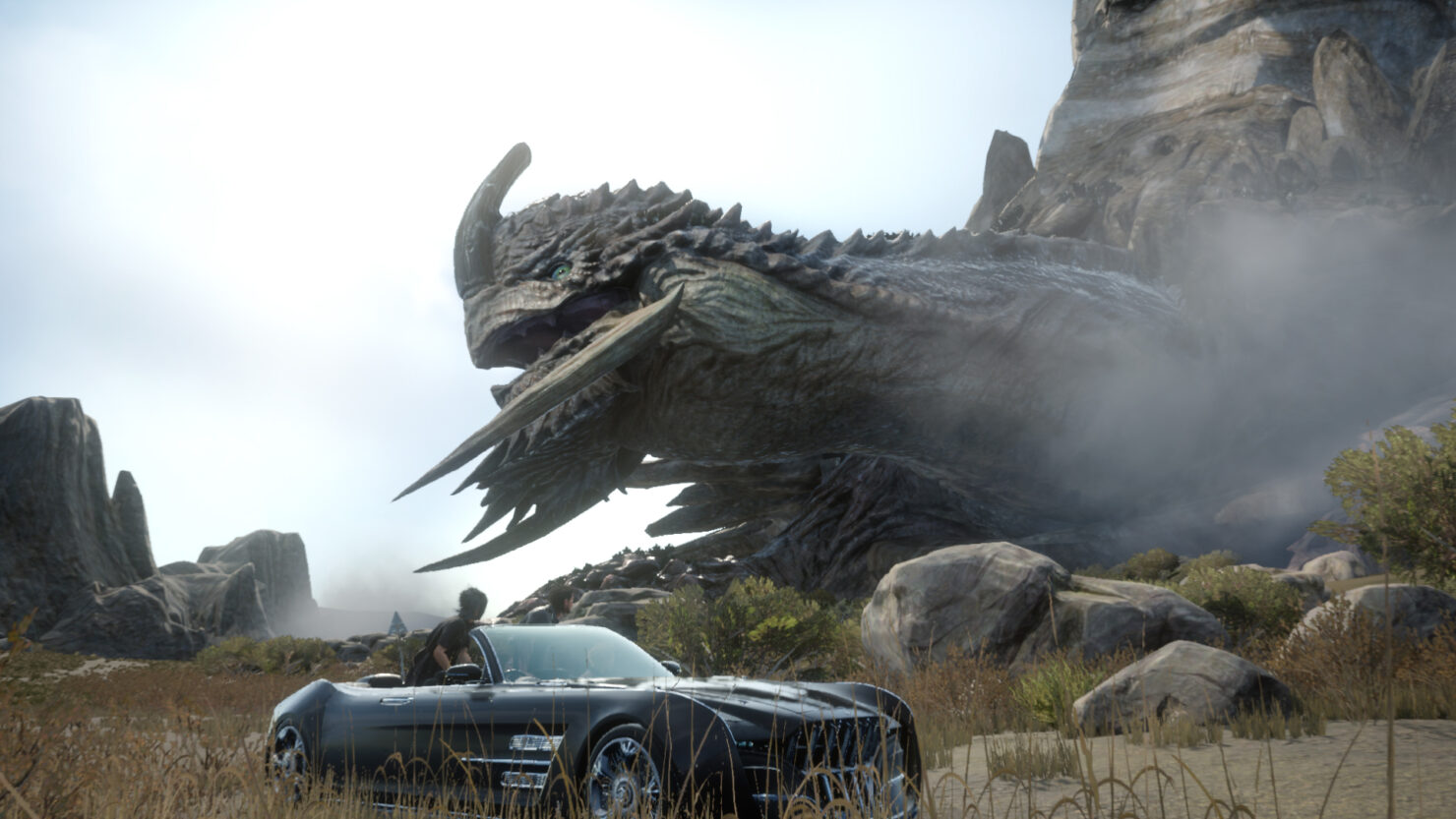 Final Fantasy XV finally launches in all regions on PlayStation 4 and Xbox One in 10 days, but some lucky players have already managed to get a hold of early copies of the game, as we reported yesterday. While this is definitely a problem for those who are avoiding spoilers like the plague, there are some positives, as it allows us to learn more about some of the game's most controversial aspects.

A few hours ago, NeoGAF user Verendus shared his Final Fantasy XV impressions in a rather lenghty manner, touching a variety of subjects such as the open world nature of the game, the tonal shift of the second half of the game and more. Verendus also talked about the game's set pieces, which he likened to the epic set pieces of Final Fantasy VII and Final Fantasy VIII. There are some very light spoilers in what Verendus revealed, so read at your own risk.

[spoiler] In Final Fantasy XV, there are various set pieces of differing scale. They're peppered throughout the game, and I feel they're a major draw of this title. I don't want to liken them to Uncharted or God of War, although you could certainly make that comparison to an extent.

I liken it to the moments in the older Final Fantasy titles. I'm reminded of when you're running up the Sector 7 pillar in Midgar. There's a sense of urgency to what you're doing as your allies are strewn all over the place. There's also the Garden Battle in Final Fantasy 8 where you're trying to solve different issues. And many more. These sequences have been present in my favorite Final Fantasy titles. While they were no less memorable in their time, they weren't exactly integrated well.

For the first time in this series, this blend of battle and narrative is more seamless. You're always in control of your character thanks to the real time battle system, and this allows for some very impressive sequences throughout the game. It feels natural, and more importantly, it made some of the narrative moments where these events take place a great part of my experience. You feel like you're a part of the action and more in control than ever before. When I think of story in a videogame, it's not just about the plot or the writing. It's that climb and infiltration of Shinra, it's running across the train as you try to hijack one of its cars, and it's those moments where you're playing something that is part of the narrative, but feels different to just killing a bunch of random enemies or reading dialogue. It's a little more guided, sometimes a little more explosive, and in turn, much more outstanding.

I love that Final Fantasy XV has many of these moments. [/spoiler]

Verendus also touched upon the game's narrative style, which he thinks it's quite close to the style employed by Naughty Dog in its latest games, such as Uncharted 4 and The Last of Us, also discussing cutscenes. Spoilers are bit heavier here, so beware.

[spoiler] There is also a very clear Naughty Dog influence in the storytelling of Final Fantasy XV. Rather than relying mostly on cutscenes, a lot of story and character information is conveyed while you're roaming the world or travelling in your car while you have access to it. As I don't mind cutscenes at all, I was a little disappointed that there wasn't more of them. They're still present, and while the game doesn't lose its story focus if you're sticking to the main narrative, it does feel a little unbalanced early on due to their spaced out nature. Much like some Naughty Dog games, Final Fantasy XV exchanges plot focus for heavier character focus, and this has its advantages and disadvantages.

The Naughty Dog games are pretty excellent in this department because they're a lot shorter. When your adventure is going to last ten hours, the balance is much easier achieved. When it's going to last most people around fifty hours, it can become easier to lose that. I do feel Final Fantasy XV could've done with a few more cutscenes because it does a little too much seamless integration for my liking.

The game does a decent job of keeping story events flowing even if the earlier parts are building towards something. The fact that there are locks which stop you from progressing without moving forward with the story is also smart. It helps with the forward momentum, and gives a good sense of direction to the story as you're introduced to more of the world alongside it. It really feels like the older Final Fantasy titles on modern consoles when I think of its design, and also what Final Fantasy 12 tried to do but failed. It's just that the scale is now more representative of the world you travel through between story beats. The world here serves the story, and it's designed that way with linear progression in mind. It's really big, and it's segmented, and the only way you can see more of it is if you get through the narrative. [/spoiler]

Final Fantasy XV launches on PlayStation 4 and Xbox One on November 29th.