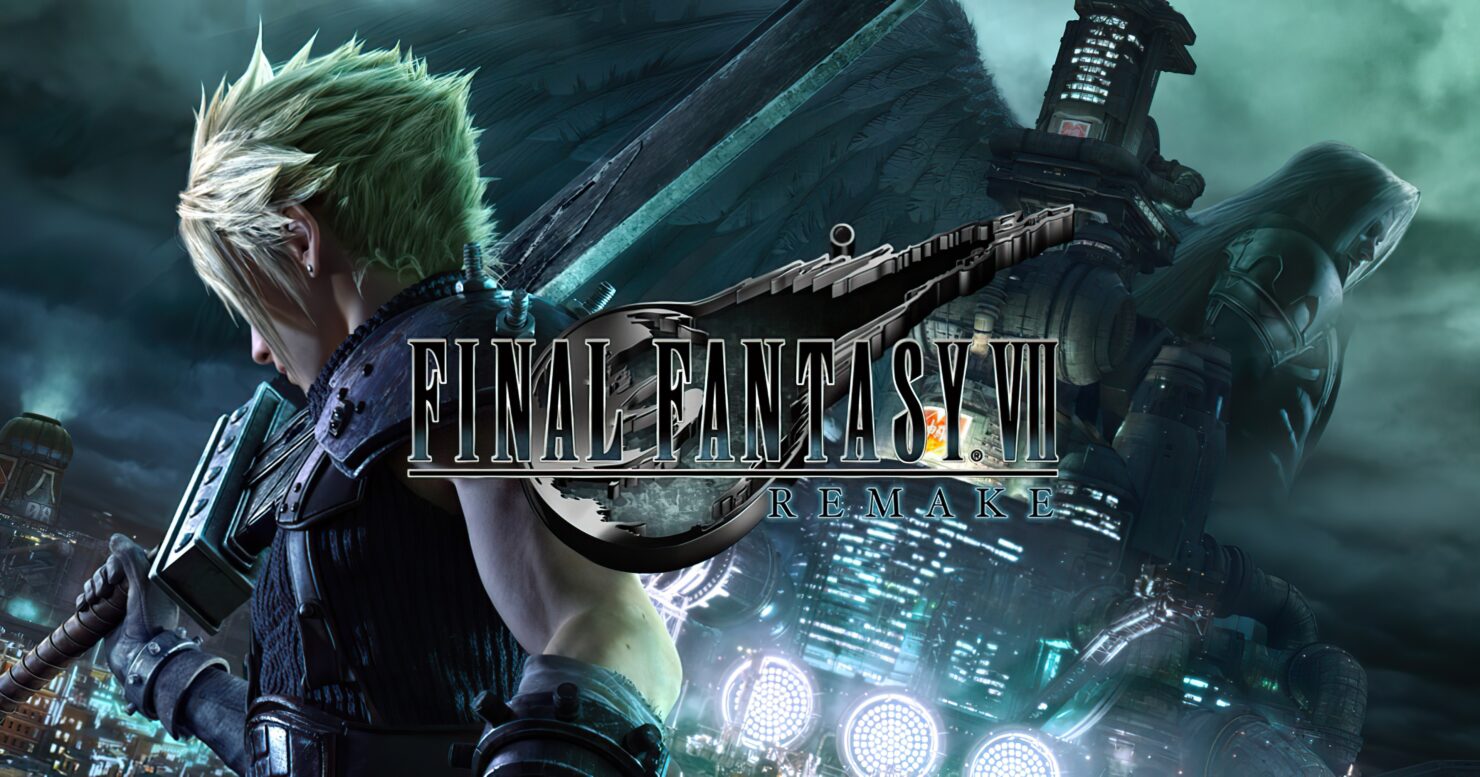 Being able to play Final Fantasy VII Remake PC has been a dream for many non-console gamers ever since Square Enix announced this title for PlayStation 4 back in 2015. That's understandable, as the original Final Fantasy VII is still considered one of the most influential and acclaimed games ever made, even twenty-four years on.

The game took quite a while to come out, of course. PlayStation 4 gamers were the first to get their hands on the title about one year and eight months ago, thanks to an exclusive deal between Square Enix and Sony. Still, even with the prospect of having to wait a considerable amount of time before getting Final Fantasy VII Remake PC, the highly positive reception of the PS4 version certainly did nothing to diminish the hype. Francesco rated the base game 9.3 out of 10 and called it 'a a masterful modernization of the series' classic formula'. More recently, he enjoyed the Intergrade DLC and PS5 upgrade even more.

Following the surprise announcement at The Game Awards 2021, Final Fantasy VII Remake PC is finally here, six months after the PS5 release, which already provided a significant boost to visuals and performance compared to the PS4. We've been able to test it these past few days, and we're happy to report that it runs well. There are no built-in benchmark tools, so we had to record data manually using NVIDIA's FrameView tool. We chose the initial city section where Cloud is split from the team as they try to reach the train station; we've embedded a full capture of the session at the end of the article.

As you can see, the average frame rate is very nearly at the 120 frames cap. That's even with the slight performance impact of the NVIDIA Shadowplay capture. Overall, there were only a couple of sporadic hitches that didn't really mean much for the gameplay experience. For the most part, playing Final Fantasy VII Remake PC felt very smooth. However, as you may have surmised from the headline's tone, the port as a whole is nonetheless less than exciting. While a PC port that runs well is never exactly guaranteed, sadly enough, anything less than that would have been shocking given the game's linearity and minimal interactivity with the environments. 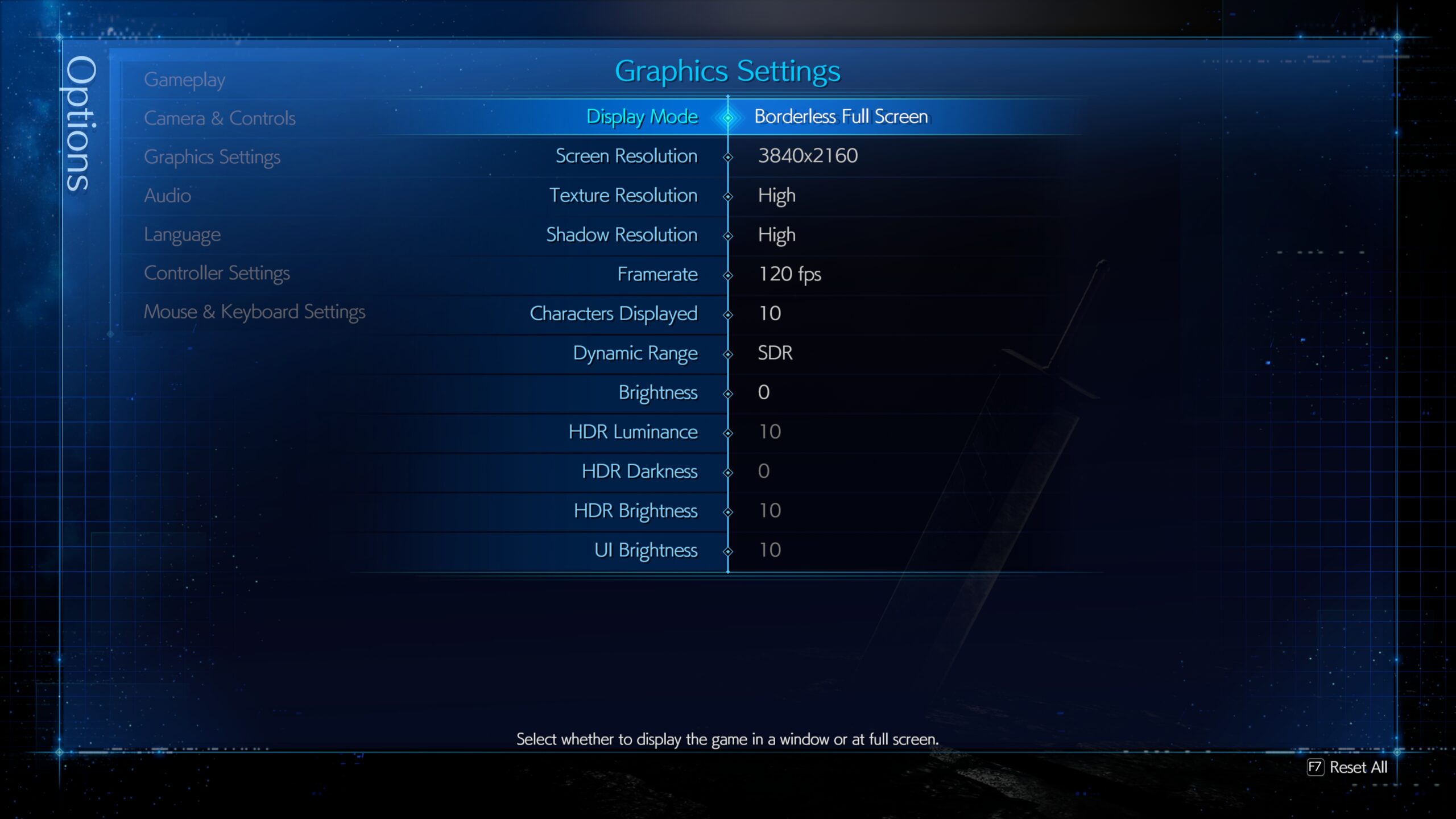 To begin with, graphics settings in Final Fantasy VII Remake PC are very limited, as you can see in the screenshot above. There is no exclusive full screen mode; you can only pick between high and low options for both textures resolution and shadow resolution, and the frame rate is capped at 120 frames per second (though we imagine that might be fixed shortly by modders).

Beyond brightness and HDR settings, the only other graphics option lets users tweak 'the number of incidental character models displayed at any given time'. Upon first launching the game, that was set to 8, with a maximum possible value of 10.

Most of those effects have been rendered obsolete by ray tracing, which is precisely what a PC gamer could have expected to get in Final Fantasy VII Remake PC alongside upscaling technologies like NVIDIA DLSS and/or AMD FSR. It would have been even easier with this title since it was developed with the Unreal Engine, which offers integrated plugins and tools for all these technologies. The developers of Final Fantasy XV didn't have the same luxury, as that game was powered by the in-house Luminous Engine. That's not all, as they went to the extra trouble of adding a built-in benchmark tool, Dolby Atmos support, a first-person camera mode, and even actual modding tools (though these came after launch, as did support for NVIDIA DLSS 1.0). None of this is available in Final Fantasy VII Remake PC.

Square Enix could still add NVIDIA DLSS and/or AMD FSR to the game post-launch. In fact, we've seen many games doing it without much fanfare, dropping support for these upscaling technologies in regular game updates. However, Final Fantasy VII Remake PC already runs well, so there wouldn't be much point in that. On the other hand, if Square Enix had made an effort to introduce ray tracing features to substantially enhance the game's visuals, DLSS and/or FSR could have been critical to maintaining smooth performance. Sadly, it seems like we'll have to wait for Final Fantasy VII Remake Part 2 to (hopefully) see the world of Gaia in all its glory with cutting-edge graphics features such as ray traced shadows, ambient occlusion, reflections, and global illumination.