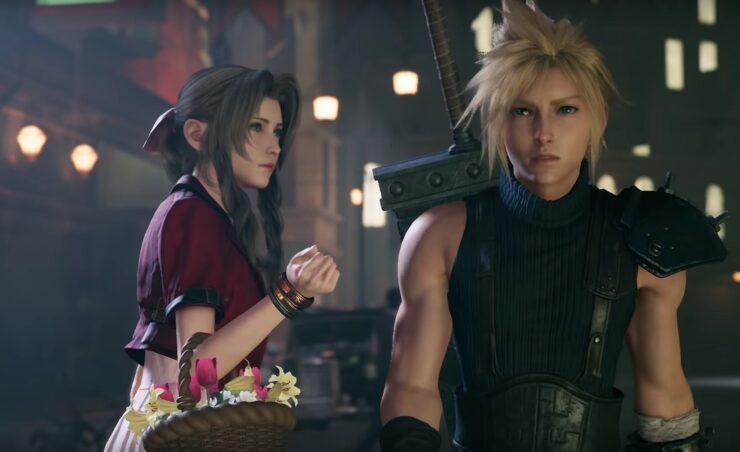 Final Fantasy VII Remake was confirmed to be alive and well when Square Enix released a brief but gorgeous gameplay video in early May, providing an updated look at the new action based combat and character redesigns.

The publisher also said more information regarding Final Fantasy VII Remake will be made available during E3 2019. We expect the game to be showcased again in the official Square Enix Live E3 2019 live stream, of course, but it might also appear earlier at Microsoft's Xbox briefing.

GameStop Ireland has in fact listed the game for release on the Xbox One platform and if that's the case, an announcement could be on the way. Of course, there's always the chance some GameStop employee simply screwed up with the listing, but the long history of inadvertent leaks originated from GameStop and turned out to be true tells us it could well be solid intel.

Final Fantasy VII Remake was announced years ago as a PlayStation 4 game, but there has been no official word from Square Enix about it being an actual exclusive. We'd be surprised if it was, frankly, given that both Final Fantasy XV and Kingdom Hearts III launched day and date on Xbox One as well.

Additionally, reliable game journalist Jason Schreier (Kotaku) tweeted a few hours ago that based on his sources FFVII Remake should release in the first half of 2020 alongside other heavy hitters such as Cyberpunk 2077, The Last of Us Part II, Ghost of Tsushima, the rumored From Software game for which George R. R. Martin consulted, and the unannounced triple-A games in development at Ubisoft and due by March 2020.

If that's truly the case, we could be in for a hallmark year of triple-A gaming. We'll know more about some of these titles at E3 2019 - stay tuned on Wccftech as we'll have extensive coverage from our on-site team.