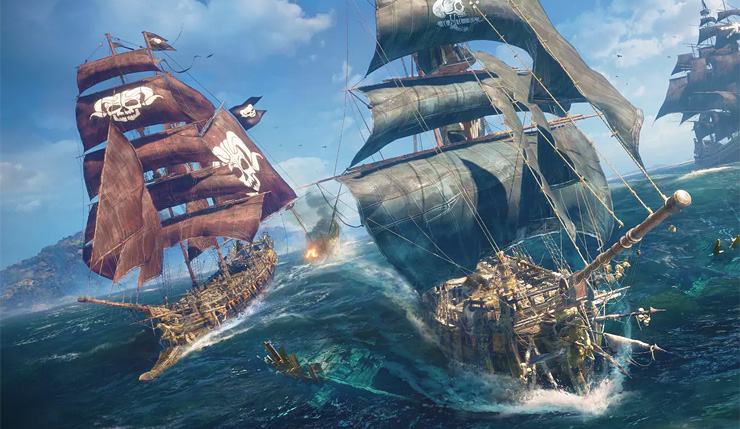 It’s been some time since we’ve heard anything new about Ubisoft’s new pirate IP Skull & Bones, and it seems there’s a reason for that. Apparently, development isn’t going as smoothly as it could, as Skull & Bones has been delayed until Ubisoft’s next fiscal year, meaning it won’t arrive until at least April 2020. The skull and bones team addressed the delay on Twitter…

We’re going to batten down the hatches and push back on the game’s arrival—this is a challenging news for us all, but it’s what’s needed to make Skull & Bones as awesome as it can be!

Our focus remains on quality first and we’re grateful for your undying support ☠️⚔️ pic.twitter.com/ZCt85tY3TG

This is the second major delay Skull & Bones has suffered, as the game was originally supposed to sail into port during the 2018 holiday season, before being pushed back to late 2019. The game is being headed up by Ubisoft Singapore, which has been responsible for the naval combat sections of most recent Assassin’s Creed games. Given Ubi Singapore’s experience, the Skull & Bones delays are somewhat perplexing, but creating a new IP isn’t easy I suppose.

The delay of Skull & Bones is disappointing, but gamers will have plenty of Ubisoft stuff to keep them busy over the next year or so. According to Ubi’s most recent earnings report, they have three unannounced triple-A games slated to come out in fiscal year 2020. The mystery games join the already-revealed Ghost Recon Breakpoint, which hits shelves in October.

So, what might these three unannounced games be? Ubisoft is teasing the hell out of new Splinter Cell, and Watch Dogs 3 is also heavily rumored to be on the way. As for the third game, who knows? Assassin’s Creed is taking 2019 off, so it’s not that. Ubisoft has hinted they may be expanding the Rainbow Six Siege franchise – perhaps a spinoff is in the works? Any hey, how about another Nintendo team up after the success of Mario + Rabbids Kingdom Battle?

What are you hoping to see from Ubisoft this year?