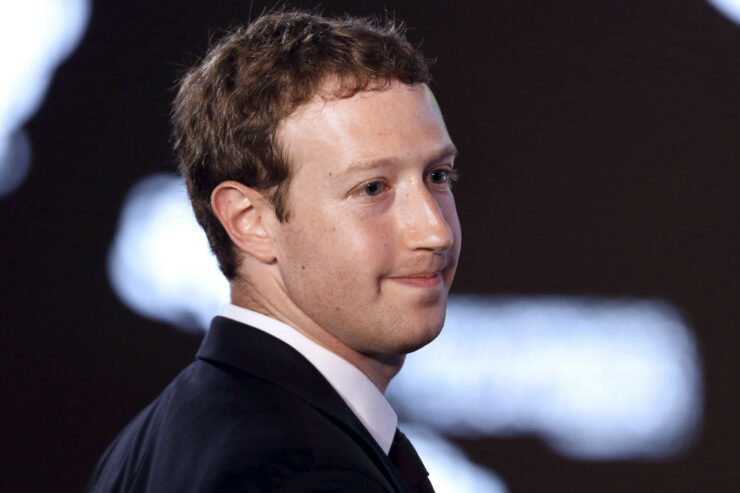 Another failure, another sorry, another story of unchecked powers

While Facebook is all about collecting data on "average" users, it appears the company has a different policy when it comes to its own executives. The social networking platform has admitted that it secretly deleted messages that were sent by the company founder, Mark Zuckerberg while retaining those that were sent to him.

Facebook suggests this was done to protect his communications.

"After Sony Pictures’ emails were hacked in 2014 we made a number of changes to protect our executives’ communications," a Facebook spokesperson told TechCrunch. "These included limiting the retention period for Mark’s messages in Messenger. We did so in full compliance with our legal obligations to preserve messages."

You can remove the chats from your end but you can't remove messages from recipients' inboxes. However, the policies are different for users who empower the platform and the company executives. Citing six sources who communicated with Zuck in the past, TechCrunch reported that "old Facebook messages they received from Zuckerberg have disappeared from their Facebook inboxes, while their own replies to him conspicuously remain."

The messages were not only removed from the inboxes but they also didn't show up in the Facebook chat logs or the "secret file" that keeps scores of your every single activity on the platform (you can download your own here).

Facebook's damage control efforts are in full force but the fallout that began with Cambridge Analytica privacy scandal has ended up giving users a rare peek inside the company's culture. From executives believing in a growth-at-all-costs strategy to potentially manipulating records by removing Facebook executives' sent messages while keeping those they received - the saga appears to be seeing no end.

Don't expect any transparency - after media attention, Facebook plans on rolling out a new "unsend" feature to avoid user backlash

Facebook never disclosed this activity of removing messages from users’ inboxes or informed recipients, raising concerns if this was a breach of user trust. Facebook has declined to comment on whether this was a breach of trust for users whose inboxes were potentially manipulated.

In response to the original report that went live earlier this morning, Facebook has now begun another PR campaign suggesting that it is going to release a new unsend feature for all Facebook Messenger users in the coming months. In an emailed statement to Wccftech, the company promised that it won't allow Zuckerberg or other executives to use this feature anymore until it is launched for everyone else, as well.

"We have discussed this feature several times. And people using our secret message feature in the encrypted version of Messenger have the ability to set a timer — and have their messages automatically deleted. We will now be making a broader delete message feature available. This may take some time. And until this feature is ready, we will no longer be deleting any executives' messages. We should have done this sooner — and we're sorry that we did not.”

Note how Facebook is diverting attention to secret messages and using the words "we have discussed..." when this activity was never disclosed when it comes to non-secret messages - those that Zuckerberg has been deleting without recipients' knowledge.

Facebook introduced "secret messages" service in 2016 offering end-to-end encrypted messaging service to Messenger users. However, the chats in question that were retracted by Zuckerberg go back to at least 2010 when there was no such thing as secret messaging on Facebook Messenger.

While some benign executive-special features - like having a grayed out friend request button - don't affect normal users, the ability to tamper with user inboxes is not only concerning but extremely intrusive. While Facebook is using the Sony Pictures hack as a reason behind this activity, it could have been just a way to avoid the publication of embarrassing messages (remember, when Zuck called Facebook users "dumb fucks" for trusting him with their data?)

Whatever the reason may be, Facebook keeping this activity secret, not receiving consent from users whose inboxes it was tampering, and waiting until it was confronted by the media to promise a similar feature to users shows just how much Facebook is being transparent with users despite a continuous stream of scandals that are hitting the social network.

This is no better than the Cambridge Analytica scandal where the company kept the privacy breach under wraps for over two years until it was pushed by the media. Sheryl Sandberg, the company COO, justified not alerting affected users at the time saying that Facebook believed Cambridge Analytica had deleted the data it had harvested on as many as 87 million users.

It remains to be seen how the Silicon Valley billionaires justify not disclosing giving Zuckerberg access to special features that enabled him to remove his own messages from everyone's inboxes. For now, this incoming promised feature only seems like an easy way out to avoid any more user outrage on the company tampering with user inboxes without their consent or disclosure. Too little, too late?