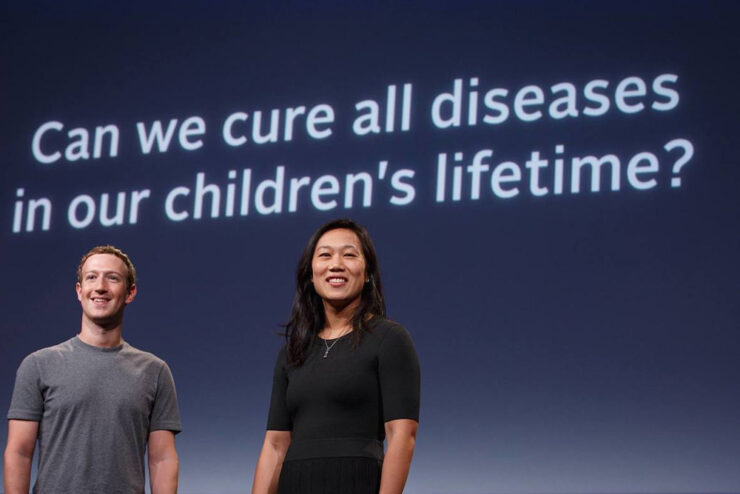 Facebook is yet to deal with lawmakers' questions over Cambridge Analytica data exposure and the company is facing a new scandal that could potentially be seen as much worse and intrusive than the previous one. In a report published today, CNBC has revealed that the social networking giant aka the Data Monster was exploring a data-sharing project with hospitals in a top-secret project to profile patients.

As all the intrusive features from Facebook come with something labelled good or convenient, the company believes that this project could help hospitals provide better patient care. The project was put on hold after the Cambridge Analytica fallout began.

Facebook asked several major hospitals in the United States to share data about their patients for a proposed research project. While the company promised that the data would be anonymized, it planned to use "hashing" to match individuals who existed in both sets - Facebook's own and records shared by the hospitals.

The publication reported that the company was talking to several health organizations "as recently as last month" about signing this data sharing agreement. This included some top names, including Stanford Medical School and American College of Cardiology. CNBC reports:

Facebook's pitch [...] was to combine what a health system knows about its patients (such as: person has heart disease, is age 50, takes 2 medications and made 3 trips to the hospital this year) with what Facebook knows (such as: user is age 50, married with 3 kids, English isn't a primary language, actively engages with the community by sending a lot of messages).

The project would then figure out if this combined information could improve patient care, initially with a focus on cardiovascular health. For instance, if Facebook could determine that an elderly patient doesn't have many nearby close friends or much community support, the health system might decide to send over a nurse to check in after a major surgery.

The company reportedly never mentioned patient consent during its discussions of the project that has now been put on pause. The project, if started again, would raise new concerns as medical data could be exploited in ways unexplored by Facebook or the health organizations. It will also affect user confidence who would have never assumed if their private healthcare data could be shared with a tech giant like Facebook - potentially without their consent.

The tech company promises that this project "has not progressed past the planning phase" and that it has "not received, shared, or analyzed anyone's data." However, it couldn't have come at a worse time for the platform.

Facebook has been in hot water in the past weeks after it was revealed that a third-party app developer managed to capture user data of up to 87 million users even though the app was only downloaded by 270,000 users. Since the story broke in the media, the tech giant has gone from threatening reporters to delivering half-hearted apologies to rolling out new privacy tools and agreeing to answer questions from the House.

The company in its statement said that it decided to pause its discussions with the health industry last month to "focus on other important work, including doing a better job of protecting people's data and being clearer with them about how that data is used in our products and services."

"The medical industry has long understood that there are general health benefits to having a close-knit circle of family and friends. But deeper research into this link is needed to help medical professionals develop specific treatment and intervention plans that take social connection into account."

"With this in mind, last year Facebook began discussions with leading medical institutions, including the American College of Cardiology and the Stanford University School of Medicine, to explore whether scientific research using anonymized Facebook data could help the medical community advance our understanding in this area. This work has not progressed past the planning phase, and we have not received, shared, or analyzed anyone's data."

"Last month we decided that we should pause these discussions so we can focus on other important work, including doing a better job of protecting people's data and being clearer with them about how that data is used in our products and services."