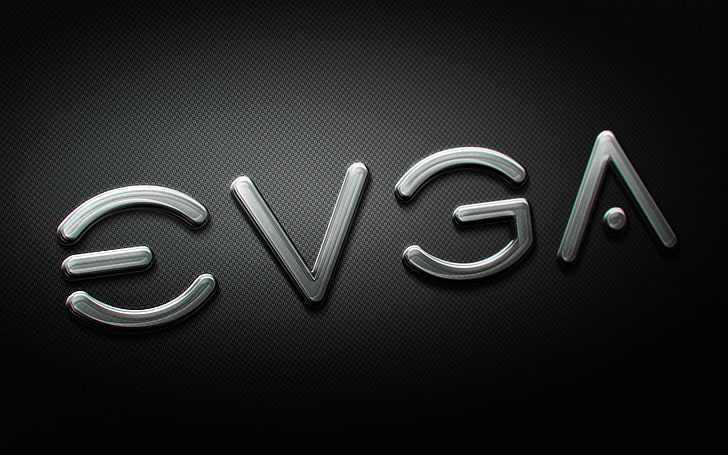 It appears EVGA is trying to financially adjust for the company's downfalls over the last year. Perusing Reddit, users are bringing to light EVGA's changes that went into effect this past week, raising the cost of EVGA's extended warranties and limitations added to the EVGA Step-Up program.

EVGA possibly feeling the hit from mistakes from 2021, making financial changes for 2022 to help adjust for losses

First, let us discuss the changes EVGA has made to its Extended Warranty program.

Comparison chart on EVGA Extended Warranty (Before and after January 6, 2022)

The additional terms and conditions have also dramatically changed from 2013 to 2022, especially with changes in the market.

EVGA Warranty, Prior to January 2022.

EVGA needed to reword their policy for their extended warranties, not only for representing the new 7-year option but also to eliminate confusion in terms of purchasing outside of EVGA and their partners.

This is crucial, due to not only the current market of graphics cards and computer components in general but also with EVGA's continued issues stemming since July 2021. Readers will remember that EVGA had malfunctioning GPUs when commerce giant Amazon was testing their first foray into MMO gaming, New World. After the backlash the company received, they began to offer advanced RMA's to find a solution to the issue that would appease gamers. Unfortunately, the company began to charge similar prices to current black market GPUs during the RMA process. EVGA eventually offered a BIOS update to fix the RTX 3090 FTW3 GPUs affected by the bricking issues. The company admitted that poor PCB soldering designs of the RTX 3090 series were also to blame for the issues that had arisen.

To continue to add fuel to the fire, EVGA also received negative reception when the company made the decision to sell their RTX 30 series graphics cards to new consumers, causing anyone in the waiting queue to be pushed further back while the company sells to new consumers. Shortly after this decision, EVGA canceled the sales they were going to make to satisfy their already loyal consumer base, as well as improve the queue process.

Finally, in a fault that was not their own, a shipment of EVGA cards was stolen en route from the company's California distribution center. The company had stated that the cards would be able to be easily tracked by the serial numbers on the stolen shipment.

EVGA's Step-Up Program allowed consumers waiting in the queue to upgrade from the graphics card they were currently waiting to receive, to potentially receive a newer model once it becomes available. Three days ago, the manufacturer updated its restrictions to the policy, limiting consumers on the choices of EVGA GPUs they can choose. This information was posted to Reddit by user flamingpanda2018. It is to note that this does not currently affect any users who applied for the Step-Up program prior to January 2022.

However, this decision from the manufacturer heavily limits what cards you can "step up" to depending the graphics card you purchase. The speculation about the change is possibly due to the heavily increased number of consumers choosing to purchase lower-level GPUs, and then turning around to switch to a premium RTX 30 series card. 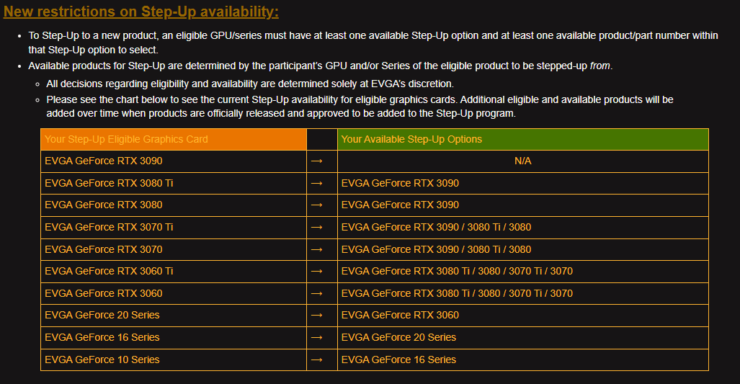 It is unclear if EVGA's current decisions are due to their difficulties over the last seven months, or if it is due to the changes caused by the limitations on accessing computer components from shortages affecting all companies worldwide.