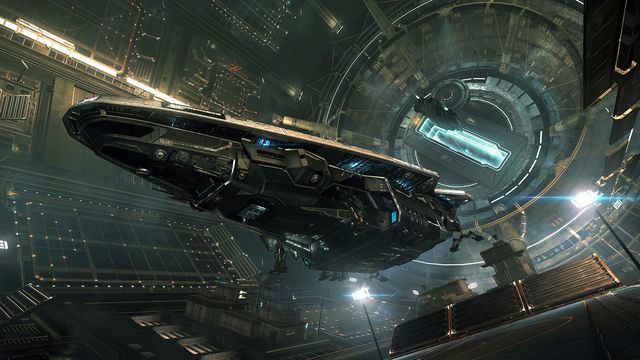 Developer Frontier Developments has announced the release date for Elite Dangerous on PS4.

Releasing next month on June 27, the massive multiplayer space epic will be released both digitally and physically. Digital pre-orders are available as of today in Europe, while those in the U.S. will be able to pre-order the title digitally later this month.

Apart from a global digital release on Sony’s console, the game will also be released physically for both PS4 and Xbox One through leading physical retail stores.

"We are delighted to be bringing our acclaimed multiplayer space epic to the PlayStation 4 - new players on the platform are joining at an exciting time in the Elite Dangerous galaxy after the recent first alien encounters in-game”, said David Walsh, Chief Operations Officer of Frontier Developments.

PlayStation 4 represents a substantial additional audience for Elite Dangerous. Console players are rapidly embracing direct digital online distribution, but currently, physical discs still make up a significant proportion of total videogame console software sales. We have therefore partnered with physical retail specialist 'Sold Out' on a disc edition for both PlayStation 4 and Xbox One, which will be available simultaneously with the PlayStation 4 digital release."

Starting with only a small starship and a few credits, players do whatever it takes to earn the skill, knowledge, wealth and power to survive in a futuristic cutthroat galaxy and to stand among the ranks of the iconic Elite. In an age of galactic superpowers and interstellar war, every player’s story influences the unique connected gaming experience and handcrafted evolving narrative. Governments fall, battles are lost and won, and humanity’s frontier is reshaped, all by players’ actions.

Elite Dangerous was released for PC back in December of 2014 and was later made available for Microsoft's Xbox One console following an early-access period. Back in January of last year, Frontier Developments announced that the title had sold 1.4 million units across PC, Xbox One, and Mac.