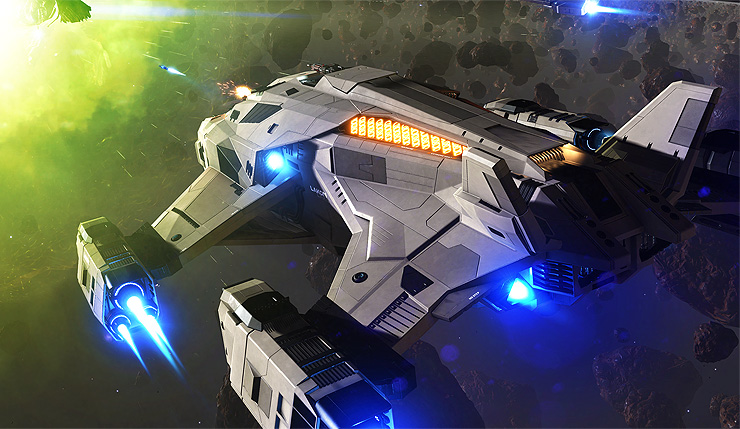 Elite Dangerous: Beyond, the third “season” of Frontier’s sprawling space trading and combat sim, is kicking off soon, and you can test out its first chapter via a free open beta.  Here’s what you can expect from Elite Dangerous: Beyond – Chapter One (the beta will offer access to all the chapter’s content).

Elite Dangerous: Beyond - Chapter One follows the Thargoids’ devastating assault on humanity’s starports. Beyond advances the ongoing player-driven narrative and introduces a variety of gameplay enhancements, upgrading the gameplay experience whether players prefer to trade, fight or explore in Elite Dangerous’ massively multiplayer galaxy.

Sounds like a good, meaty update – I’m excited to see the new visual upgrades! Improvements to Elite: Dangerous’ engineering mechanics, mission rewards, and crime-and-punishment system are in the works, as well. You’ll also be able to take command of a new warship, The Chieftan. You can check that out, below.

The Elite Dangerous: Beyond – Chapter One beta will be available for PC players on January 25. The full-release version of the chapter cruises onto PC, Xbox One, and PS4 in the first quarter of 2018. All the upcoming third season content will be free.