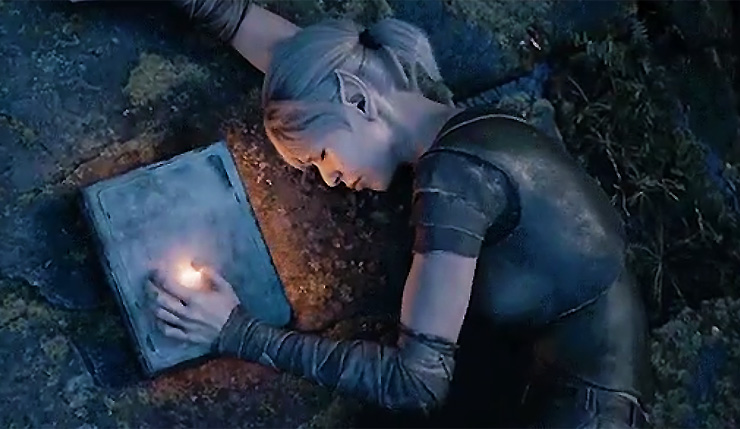 The Game Awards 2020 kicks off tomorrow evening, and the show’s head honcho Geoff Keighley is promising 12 to 15 of his patented “World Premieres,” but concrete information, or even leaks, about what we’re going to see is in short supply. Xbox’s Aaron Greenberg has tried to tamp down expectations, meanwhile, Sony has simply said to tune in and Nintendo hasn’t said anything at all. That said, a handful of things have been specifically confirmed for the show, including a new The Elder Scrolls Online trailer, our first look at Josef Fares' next project, Call of Duty: Black Ops Cold War Season1 gameplay, and more!

Focus Home Interactive, which publishes games like A Plague Tale: Innocence and World War Z has confirmed they’ll be showing two new titles at The Game Awards, as well as a fresh look at Hood: Outlaws & Legends.

Ready for @thegameawards tomorrow? We'll be there with @Hood_OL , as well as two additional major reveals! 👀 pic.twitter.com/zMuiJ9KYUo

Of course, the outspoken Josef Fares will be at the show, and has promised to provide a first real look at his new co-op game It Takes Two.

It's about to get....interesting. Thursday night, @josef_fares makes his triumphant return to #TheGameAwards stage to present the world gameplay premiere of It Takes Two, the brand new game from @HazelightGames pic.twitter.com/6YGsn7Bzga

Striking Distance, the new studio founded by former Dead Space and Call of Duty director Glen Schofield, will be showing off their narrative adventure set in the PUBG universe.

This year #TheGameAwards will feature the announcement of some exciting new next-generation projects.

Here's one hint: I'm excited to have @GlenSchofield and Striking Distance Studios (@sd_studios) join us to reveal their first game to the world on Thursday!

The Elder Scrolls Online will be debuting a trailer for their next big update.

Catch @TESOnline's World Premiere trailer this Thursday at #TheGameAwards for your first glimpse at next year's big adventure! pic.twitter.com/kbG6LyqDIC

And finally, we’ll finally be getting a first significant look at Call of Duty: Black Ops Cold War/Warzone Season 1 gameplay.

Watch #TheGameAwards on December 10 at 4PM PT for a special first look at the Season 1 Gameplay Trailer for @CallofDuty: #BlackOpsColdWar and #Warzone. pic.twitter.com/7nFSmS8YU4

Of course, this is just scratching the surface – there are plenty of secrets still to be revealed tomorrow. Still, this is a solid starting point. We’ll keep you updated as more things are confirmed.