Officially announced "The Elder Scrolls Online" with a revealed trailer which one can refer as a teaser aswell,  apparently there is nothing in the trailer which explains the plot of the game but several sources uncovered the unexpected details about the title which has been in a long term development.

Project was in pipelines for more then 5 years,  "Zenimax Online Studios" has been working on the game since 2007 investing a lot of time to it which is not much of a surprise for an MMO, and certainly suggests we are going to get a very rich experience set in the land of Tamriel.

The entirely voice acted game plays as a back bone to the project suggesting that it is not just going to be your ordinary box of dialogues defining your thoughts but the actual crafted voice over whenever you engage a conversation with an NPC, players who already have some experience from the previous title in the Franchise will feel an ease to the environments from Skyrim, Morrowind, Summerset Isle, and Elseweyr. Some of the mentioned cities are being held back for the inevitable content expansions which includes  Imperial City, Windhelm, Daggerfall, Sentinel, Mournhold, Ebonheart, Elden Root, Shornhelm, Evermore, and Riften.

The third person perspective is rumored to be a "Star Wars: The Old Republic" visual reference, Gameplay will feature a typical MMO mechanics. Bethesda has planned to make the game experience an easy transition for players to interact with who comes off from different MMO's, Hotbar activated skills, Classes, Xp and a range of other progression types typical to the Elder Scrolls plot. Other speculations suggest that there will not be a rel time combat and will use a stamina bar for the strikes and the fact that there is no dragon existence mentioned in any of the sources. Players coming from World of Warcraft will be more at home than those coming from Skyrim it seems, but that is clearly a goal of the developers team rather than a side-effect of creating an MMO.

Here are some of the leaked screenshots which are a courtesy of Neoseeker. 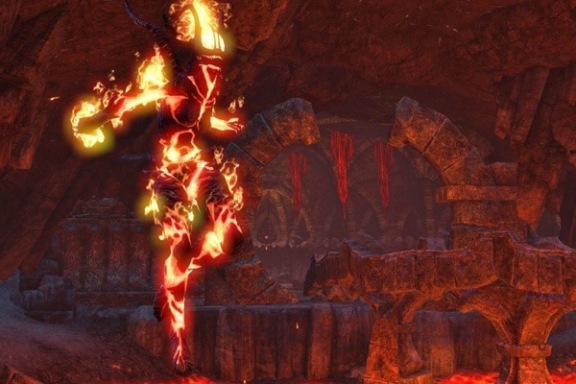 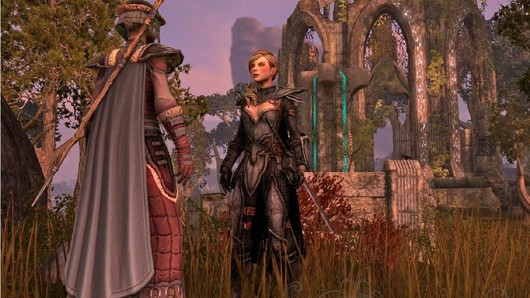