Slavic folklore is strange. All folklore is strange in essence, but Slavic tales of witches and water sprites, those that survived invasions, disasters, and religious cleansing, have managed to keep their strangeness. One tale in particular, or rather one character, has endured and flourished above the rest - Baba Yaga. A figure that Blacktail revolves around.

Blacktail is a deliberately uncomfortable game. There is something unsettling in the way it presents itself and the world it inhabits. Firstly, and most noticeable, is that the game doesn’t explain itself. There is a nice glossary of creatures that offers additional details when you discover them, and characters will explain new mechanics and zones as you find them, but it doesn’t actually explain what it is. You are quickly introduced to the sisters, the settings, the witch, and even talking mushrooms, but these introductions come with a sense of established familiarity. The player character, who carries on the noble tradition of talking to herself, doesn’t question the spiders with eyes for bodies, the black cat that teleports around the map, or the voice of a witch that whispers in your ear. These all make sense to her, even if they don’t make sense to you. Like in Pathologic, the player is an interloper in this world, and it is not their place to demand reasoning, consistency, or answers.

Blacktail frequently uses other means to compound this unwelcoming discomfort too. At the very start, you’re asked to follow a path of evil or one of good. There are suggestions that this choice will have consequences, but you don’t even know the narrative yet, let alone the mechanical differences, so how can you possibly make this decision? Other moments offer different moral quandaries, such as whether it is good or evil to give directions to an insect demon mailman who happens to be lost. You are often forced to make decisions without knowing the conditions, let alone the potential consequences, and this is obviously by design.

The player is meant to feel alien in this admittedly alien world, even if your character doesn’t. Her goal, with the assistance or perhaps the interference of the witch and countless other characters, is to find her missing sister. You were both exiled from the village, which you’ll occasionally spy across impossible terrain, and which appears to be about the most normal thing you’ll find in the game, purposefully out of reach and untouchable. But your sister has disappeared, and you, or the witch, were to blame. Though when you stumble upon her hut very early in the game, things change. For a start, you don’t actually see her, but after that point, she will be with you in one way or another that is never fully explained. You gain access to magic and her cauldron and tools, but it's not clear how willing she is to aid you.

To survive the deadly forest you’ll have to use everything you can, but every encounter will rely on the bow in some way. Offensive combat feels great. The bow has a nice weight to it and satisfying reactions from the foes you come across. The early game’s quickly killable enemies give you enough target practice to feel like a powerful hunter. Different magics can be used to enhance and change your arrows, giving you a simple but effective arsenal. Unfortunately, the defensive portion of combat isn’t nearly as satisfying or balanced. Dodging and escaping damage is awkward, especially as bosses and tougher enemies employ hard-to-read area of effect attacks. No matter what, it can be hard to tell whether you’re getting the timing right or wrong until you take damage. The whole thing feels much floatier than the bow and acts as if it's completely disconnected.

While combat in Blacktail is a little uneven, exploration and tone make up for its follies. The world is so strange, hostile, and intriguing that it begs you to challenge it as if the world itself is the true boss of the game. The map may not appear huge at the start, but it holds enough secrets to have you wandering its wild spaces and paths with eager care. And it looks great. While it might not measure up to the God of Wars and other fantastic games, its vivid, putrid colour palette catches the eye at every turn, painting a truly inhuman space. Likewise, the music and soundscape of the forest are a siren's call, promising danger and luring you in all the same.

The cast of characters, while equally bizarre, are interesting and delivered with such great conviction it makes you almost believe the surrealism. The witch, for instance, is filled with antagonistic, sarcastic delight as she judges more or less everything you do. The only downside to the voice acting and script is that it sounds a little too American for a world striving to be something else.

Navigating all this, you’ll also have to manage a light crafting and upgrade system. Basic resources are plentiful, with more exotic ingredients requiring you to go off the trail. It can be frustrating constantly crafting your merger supply of arrows however and can feel like punishing the player for not stopping every three seconds to grab more feathers.

But Blacktail is not a game that wallows in its faults. The world alone is interesting and new enough to enjoy its adventure despite its faults. The purposefully unwelcoming atmosphere makes each step feel like a defiant triumph. The combat could be more consistently polished, but nevertheless, the world is intriguing. Its unapologetic retelling of Slavic folklore puts it at the forefront of a growing community of developers and stories that are decidedly eastern European. And it looks like Blacktail might grow to become another inspiration for more intriguing, strange, and unwelcoming stories. 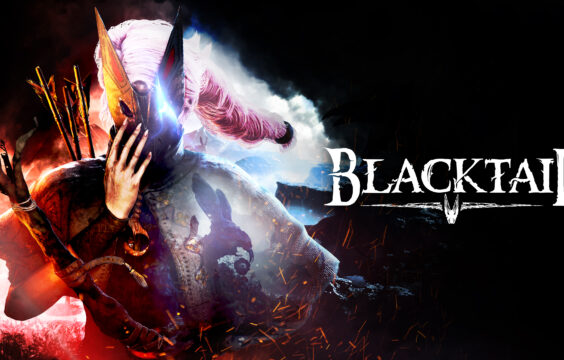 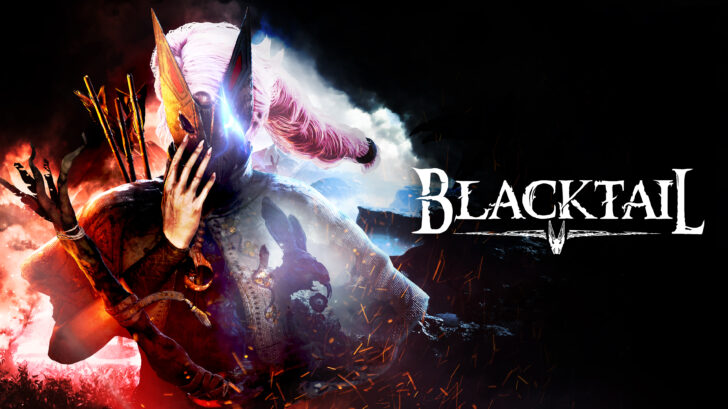 Blacktail offers so much with a strong tone throughout. While some areas could have had more polish, what we get is still fantastic.

Atomic Heart Rumored to be Launching in February of 2023 [Confirmed]