[Update] Scans are now out, confirming the details reported earlier. You can find them below. 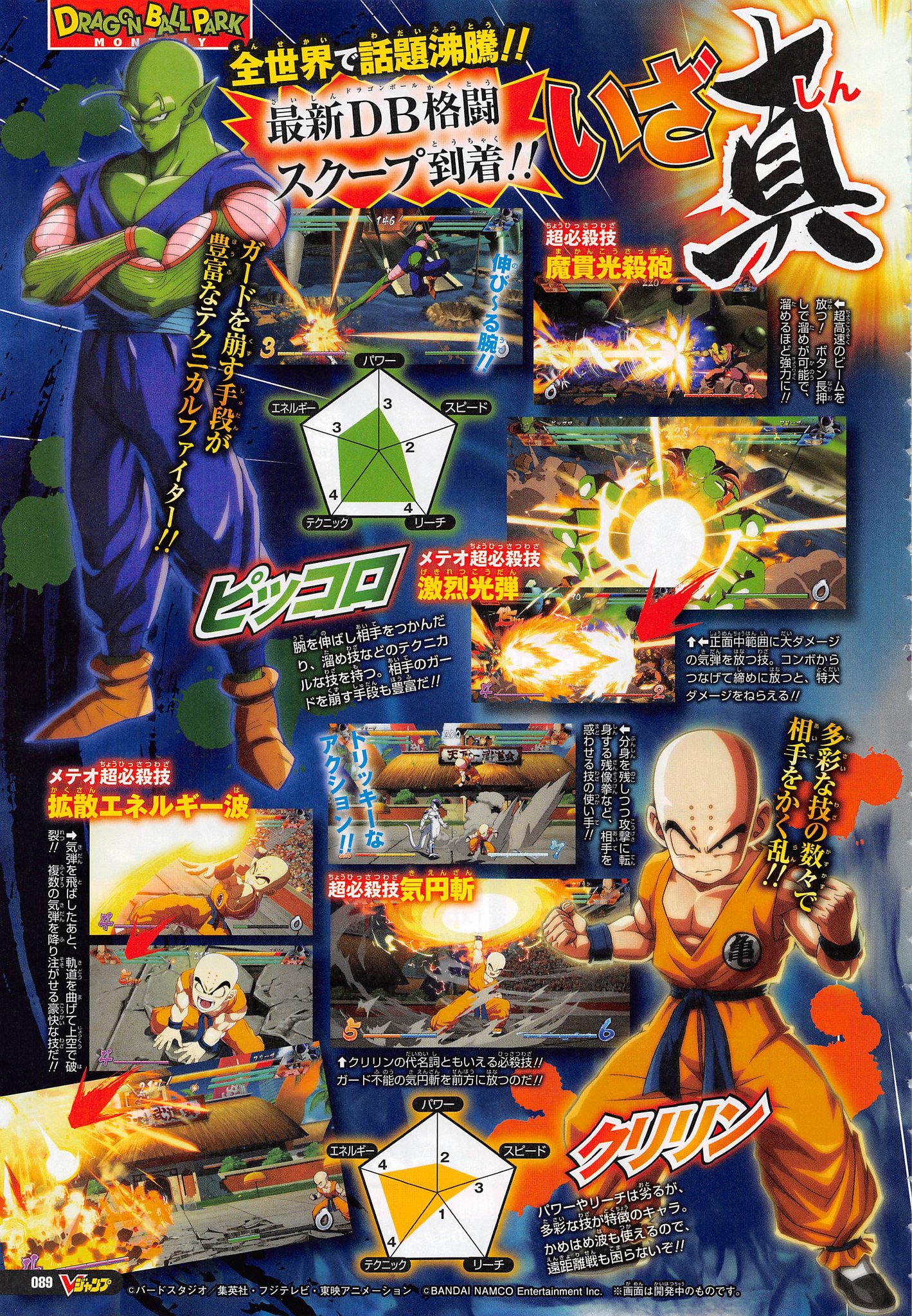 [Original Story] Recently, Dragon Ball FighterZ producer Tomoko Hiroki confirmed that two new characters would be revealed this week by V-Jump magazine. The latest issue of the magazine has apparently leaked before release, and we now know who the two new characters are.

According to what Ryokutya2089 reported, Piccolo and Krillin are the two newly confirmed Dragon Ball FighterZ characters. V-Jump also revealed an additional mechanic which powers up special moves when a button is held down. For Krillin, his signature Destructo Disc can be made unblockable by keeping the button pressed.

V-Jump also revealed some new details on the Dragon Ball FighterZ online mode, which will work similarly to other recent Arc System Works fighting games, with players having the ability to control small characters while roaming lobbies.

Previously, Bandai Namco confirmed that Trunks will be among the playable characters of the game. Following the announcement, the Japanese publisher finally showed the character in action last weekend during this year's EVO Championships.

Yesterday, we have reported that Dragon Ball FighterZ might be released on Nintendo Switch. According to Tomoko Hiroki, the team is now focused on Dragon Ball Xenoverse 2 Switch, and will only talk about a possible Switch release after the game releases.

Dragon Ball FighterZ launches next year on PC, PlayStation 4 and Xbox One. A closed beta will begin later this month on consoles.