Another day, another TaiG release. TaiG team has just rolled a new version of their jailbreak tool for iPhone, iPad and iPod touch. 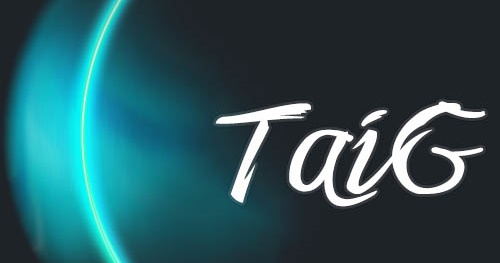 TaiG team has released a new beta TaiG jailbreak tool with an aim to optimize "the process of jailbreak." As this is a beta version of the jailbreak tool, do not update to this if you have already successfully jailbroken your iPhone, iPad, or iPod touch. However, for the users who had trouble jailbreaking, this tool might work with your device.

Remember, TaiG released another beta version 2.4.2 only a couple of days before which resolved the "stuck at 30%" and "stuck at 40%" issues with the jailbreaking process. TaiG had also released another version to fix the 60% stuck issue as well. Looking at this pattern, it is believed that the latest TaiG 2.4.3 also fixes some bugs with the jailbreaking process itself including the bug fixes of earlier beta versions. Check our comprehensive guide to fix all the reported TaiG issues: Fix TaiG "Apple Driver Not Found", 1101, 1102, 1103 and other issues

Download TaiG 2.4.3 from here and then use our guides to jailbreak iPhone, iPad or iPod touch devices on Windows or Mac OS X.

Saurik had also updated Cydia which now lets you downgrade your tweaks to previous version; here's what the changelog said:

All too often, I release a new package, and find out during the first few hours after release that there was a serious regression :(. Even if I pull the new version, users who upgraded do not have a way to easily downgrade.

Now, not only wil Cydia allow you to downgrade to the “current” version, but it also allows downgrading to any previous version that is available on the repository. Going forward, I will leave previous versions online for some time while users are able to sort out issues.

You can check our guide to see how to downgrade Cydia tweaks.