For months we have been waiting for this new iTunes update. It is our pleasure to inform you today that you can finally download iTunes 11 for Windows as well as Mac. Apple has released iTunes 11 to the public after delaying it a couple of times, saying that it was not ready for public release.

iTunes 11 is a major update, not an incremental one. It comes with a host of new features as well as changes to the user interface. Its also more lighter and faster than before. Its totally revamped and there is no reason to not download iTunes 11 on your computer. 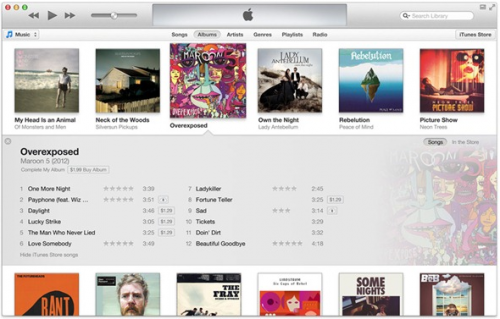 iTunes has been around ever since the first iPod was launched more than a decade ago. It is the one stop destination, rather the only legitimate destination, for content management on your iPhone, iPad or iPod touch. iTunes has not exactly been loved by everyone that has used it. Most users complained that it was too bulky or too heavy on the resources.

Apple has taken note of that. They now claim that iTunes looks easy, because it is easy. When you download iTunes 11 you will notice that it features a redesigned player, iCloud integration and a remodeled store. The UI is reminiscent of iOS 6 and navigation has been made a lot easier in the store. iTunes Store is home to audio and video content as well as an endless array of apps for iOS devices. So naturally, easy navigation is a must have for iTunes.

Apart from the major features, iTunes 11 has many performance improvements and bug fixes. These little tweaks are always present in a new update of any given software. iCloud support has been improved, this will be appreciated by millions of those who have made the switch to ICloud. There is also a redesigned mini player which makes it easier to listen to music without having a big window open. The mini player has easy to use controls for music playback.