All eyes will be on Apple tomorrow as the company gears up to announce a new product. It is now widespread belief that Apple intends to release iPad Mini. Invitations for this special media event were sent out a week ago. Up till now there has been a lot of speculation about this alleged 7.85 inch tablet from Apple. As the day draws near, anticipation goes through the roof.

It is expected that Apple will also be making some software related announcements at iPad Mini event. Rumor has it that iTunes 11 and iBooks 3.0 will be announced tomorrow. Both iTunes and iBooks have been in need of an update and the iPad Mini release event just might bring a new version of both of these popular softwares. 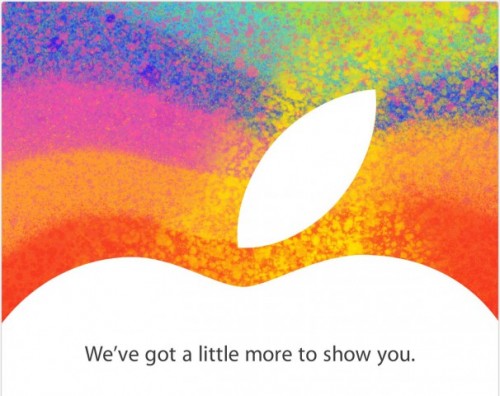 Apple's move in the mid-range tablet market has been talked about much. The iPad Mini comes from a company whose ex-CEO the late Steve Jobs despised 7-inch tablets. However seeing how the Kindle Fire and Nexus 7 have carved a niche for themselves despite strong opposition from the iPad, it makes perfect sense for Apple to want to penetrate in that particular market.

Education is regarded as one key factor towards which Apple is gearing its iPad Mini. Earlier this year Apple has already hosted an event focused entirely on education and how its products can help boost productivity and development in that particular sector. To push further in to this sector it seems logical for Apple to release a major update to iBooks.

On the other hand, iTunes 11 was showcased to the public back in September, when iPhone 5 was unveiled. Up till now the company has not given a specific iTunes 11 release date. The new iTunes update will unify design on iOS 6 running devices and will also offer artists the ability to share pictures through iTunes. Apple has already said that we should expect release of this latest iTunes update some time in October.

iPad Mini notwithstanding, the announcement of iTunes 11 and iBooks 3.0 will equally be interesting. Let us see what innovation Apple has done in software that would augment the success of its upcoming products, such as the iPad Mini.

7.85 Inch iPad Mini Release In October, To Be Manufactured Exclusively In Brazil