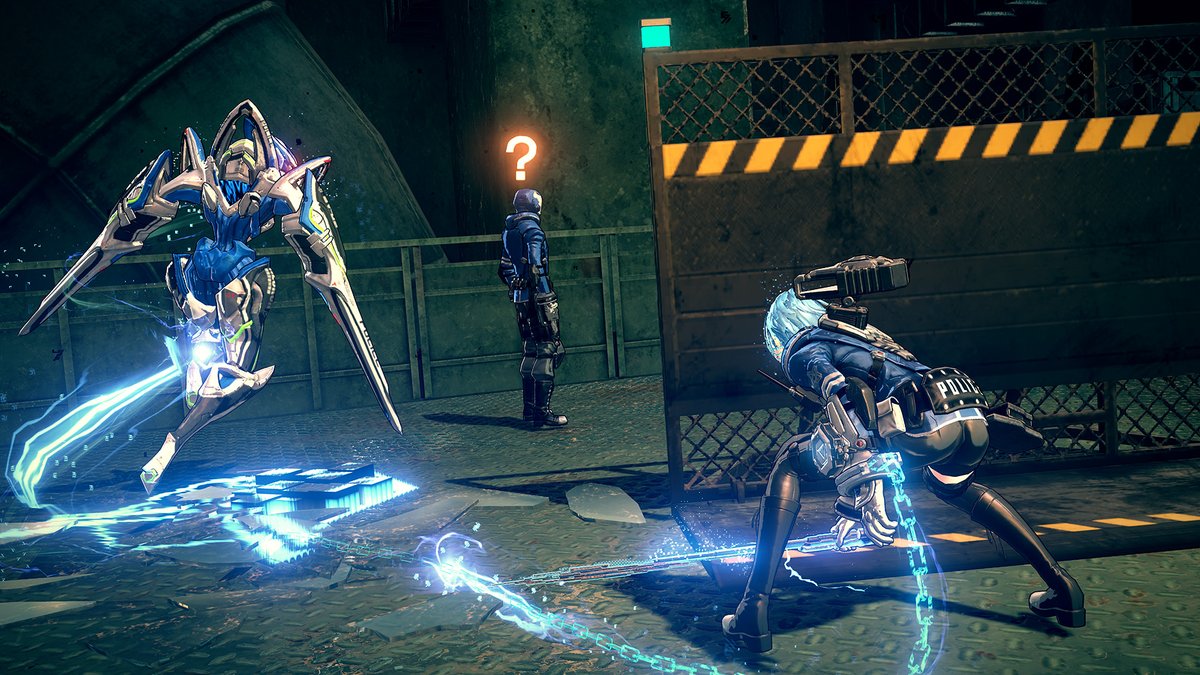 Eurogamer’s Digital Foundry had a chance to sit down with PlatinumGames’ Switch exclusive Astral Chain, and this upcoming title might very well be the developer’s most deviant title to date.

Various trailers have been released for this beautiful action-packed title, and ahead of its release next month, Digital Foundry was presented a demo to see what this Switch exclusive is all about.

According to Digital Foundry’s John Linneman, Astral Chain might very well be PlatinumGames’ most untypical title to date and there appears to be some sort of “unholy fusion” between The Legend of Zelda, Deus Ex and Batman.

“At this point in the demo, I was expecting that trademark PlatinumGames action and indeed, the first battle is very much that but, just a few minutes in, a new type of invisible enemy appears and it's here where you're first introduced to the Legion mechanic”, Digital Foundry writes. “Basically, you're handed control of gear which can summon a Legion - a large creature connected to the player character via a blue chain - the eponymous Astral Chain, if you will.”

“The core combat design, then, is focused on this relationship. You have direct control over your main character, engaging enemies with a mix of melee and ranged attacks. ZR is the default attack button and you click the right stick to lock-on to enemies. In that sense, the controls more closely resemble a FromSoftware game than a traditional Platinum title.”

Based on the trailers that have been released so far, the game looks great, but how does it play? Players shouldn’t be concerned about the game's performance on the Switch if Digital Foundry is to be believed.

“All of this is powered by PlatinumGames in-house engine which is shaping up nicely on Switch”, the article reads. “Unlike most titles from Platinum, however, Astral Chain targets just 30 frames per second instead. The slower nature of the gameplay and larger environments feel like a fair trade-off. It's an attractive game then with fluid animation, detailed worlds to explore and plenty of modern visual effects.”

Astral Chain will release for the Nintendo Switch next month on August 30.

Babylon’s Fall Demo Coming to PS Later This Month, to PC Next Month