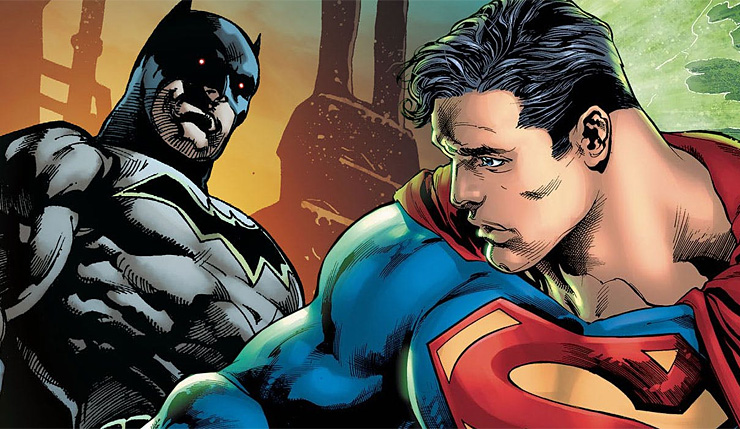 When are we going to get some new DC Universe games? That is to say, ones that aren’t made of Lego or fighting games? Since the release of Batman: Arkham Knight in 2015 there have been plenty of rumors about the next triple-A DC game, but no hard evidence or official confirmations.

Well, it seems some big things may be happening at WB Games Montreal. During a recent appearance on the Humans of Gaming podcast, WB Montreal senior game designer Osama Dorias seemingly let slip that not one, but two DC Universe games are in the works at the studio.

"The project I just recently left, because there are a couple projects at [WB Games Montreal], the only thing I can say about is it's a major console game, open world, DC Universe -- so that's really awesome. But I can't really say anything else. It's too early, it's not announced yet. But it's really kickass."

Hmmm! So, what DC Universe characters might these mystery titles focus on? Dorias may have dropped a hint when he admitted he’s only a fan of a few DC franchises, and the last game he worked on was based on one of those series he loved…

"I have to confess, I'm mostly a Marvel fan, but there are a few franchises from DC that have been exceptions. [...] The franchise that I was working on, is definitely one of those DC franchises that I loved. It was actually one of my reasons for joining Warner Bros."

Of course, fans have done some digging, and it seems only two DC characters pop up on Dorias’ social media accounts with any regularity – Batman and Superman. WB Games Montreal previously developed Batman: Arkham Origins and a Warner Bros. Superman game has been rumored for ages, so games based on either property would make sense.

What do you hope the next big DC Universe game is? Batman is always good, and I’d love a good Superman game, although Big Blue’s games usually turn out horrible. Thinking a bit outside the box, I wouldn’t mind a Green Lantern or Wonder Woman game. We’ll see what happens!