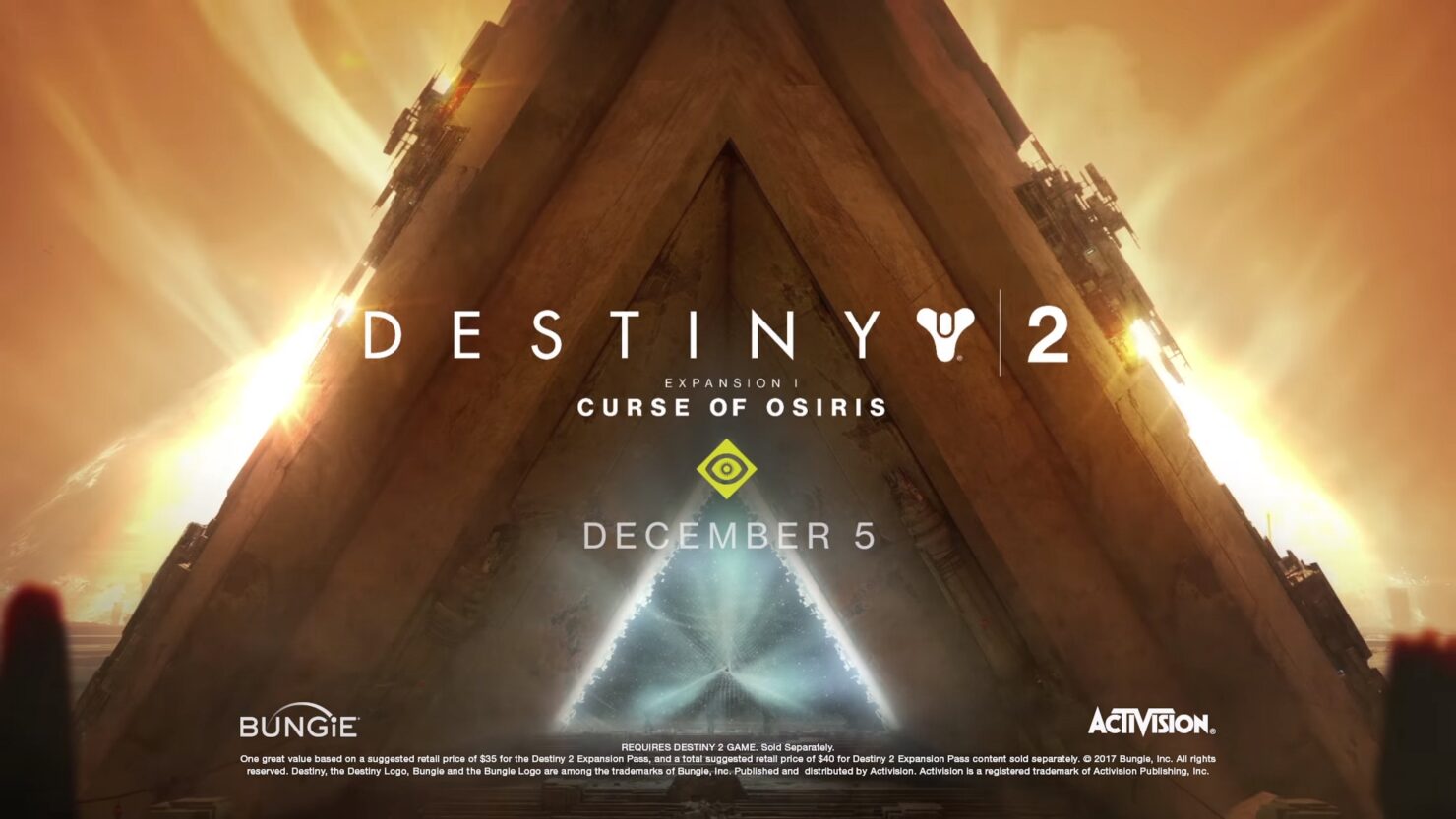 During Sony's Paris Games Week 2017 Media Showcase, Curse of Osiris has been confirmed to be Destiny 2's first expansion, as per the previous leaks. Out on December 5th, Curse of Osiris takes place after the conclusion of the Destiny 2 campaign where you are dispatched to Mercury on a quest to find Osiris, the most powerful Warlock to have ever lived, to discover the answers humanity needs to fight back against the Vex.

Here's what Destiny 2 players can expect to find in the expansion.

Curse of Osiris adds a new chapter to the world of Destiny 2, expanding the universe by adding an all-new cinematic story with new and returning characters, a new destination to explore, Mercury and its Infinite Forest, a new social space to visit called the Lighthouse, new missions, new strikes, new raid content, new free roam activities. a world quest to complete, and more.

Journey through time and space to learn the secrets of Osiris, avert a dark future, and rebuild the ties between the legendary Warlock and his greatest student – Ikora Rey.

Destiny 2 recently launched on PC and Bungie just pushed a hotfix that should have solved the crashing issues for Phenom II users.