Rumors have been circulating for the past couple days that Dark Souls III would be revealed at E3 2015. IGN has obtained a Dark Souls 3 promotional image for E3 narrowing the release window. 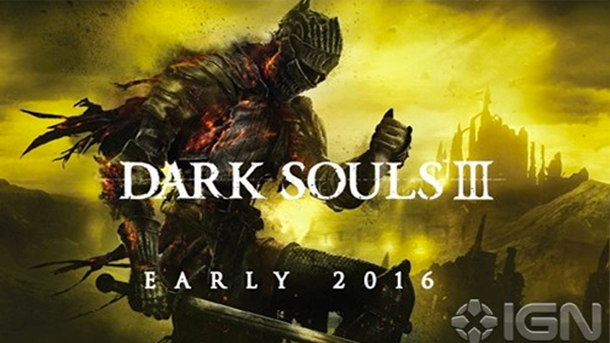 The official, yet unreleased, art displays the suggested launch frame of "Early 2016."

First gameplay details from Dark Souls 3 can be viewed below:

The "negotiable" comment regarding a PC release is rather disappointing, as once again the platform will be probably getting a late release with little or no visual enhancements. It's a real shame though, as the Dark Souls series has millions of fans on both console and PC. Lets hope that developer from Software does reevaluate and we get a simultaneous release.

We have reported a while back that Bandai Namco and Capcom will have a few surprises at E3 2015, and it seems that Dark Souls III might indeed be one of them. The good news is that Dark Souls and Bloodborne director, Hidetaka Miyazaki is once again leading the team in the development of Dark Souls III.

Given the recent collaboration between Sony and From Software with the hugely successful Bloodborne, it would seem that we could be getting an announcement of Dark Souls III during Sony's E3 press conference. Although this is in no way certain, and the reveal could very well be during Microsoft's briefing.

We will bring you any new information on Dark Souls III and E3 2015, as soon as it becomes available, as well as a complete coverage from the E3 show floor next month.

The Elden Ring Reveal Hasn’t Been Pushed Back by Leaks, as It Was Never Going to Happen in March – Rumor

Elden Ring Reveal Possibly Pushed Back Due to Leak, Expect Something by June Says Insider