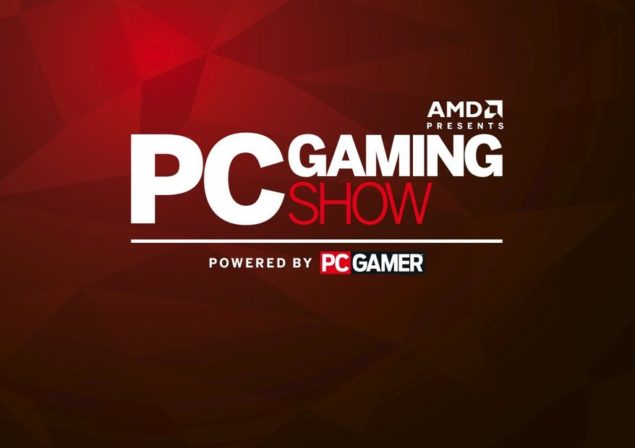 The event is scheduled for June 16 from 5PM to 8PM PST in Belasco Theater, Downtown Los Angeles.

PC gaming is in a golden age, with more powerful and affordable hardware than ever before, thousands of games available through Steam, Origin and other platforms, and millions of viewers regularly watching esports online. Now, for the first time, the PC platform will have its own event during E3, where the community will be able to celebrate this era with some of the biggest names in PC gaming and see the innovations that lie ahead.

"The PC Gaming Show embodies the spirit of innovation, openness and community that's part of our DNA—delivered by gamers, for gamers," AMD Corporate Vice President and General Manager of Computing and Graphics Matt Skynner said. "The time is right for a PC-focused event in the week of E3 and we're honored to be part of bringing the industry together."

Below is a list of the already confirmed speakers with more to be coming soon:

Deus Ex: Mankind Divided is likely to Make an appearance

Potential titles to make an appearance could be Overwatch, Arma 3, DayZ, Bluestreak, Star Citizen, Killing Floor 2 and others, given the participants. Square Enix should also demonstrate Deus Ex: Mankind Divided which includes support for AMD's TressFX 2.0 and DX12. A potential new Hitman reveal could also happen.

We will bring you any new information on the PC Gaming Show as soon as it becomes available, as well as updates on any additional speakers.