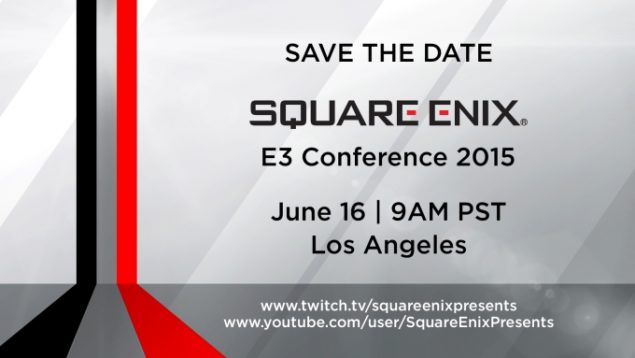 E3 is just around the corner! With our exciting slate of games coming out in 2015 and beyond, Square Enix will be hosting a dedicated E3 conference in Downtown LA on Tuesday, June 16, at 9AM PDT/ 5PM BST/ 1AM JST. Start E3 right with a dose of some exciting news before the show officially kicks off later in the day.

What news do we have in store? You’ll just have to wait and see. Can’t attend E3? Not a problem. Viewers unable to attend the show can follow us on our live streaming channels below and see the conference as it happens:

We’ll also be updating in real time directly from the conference floor so be sure to follow us on Twitter to get up to the minute updates from this event! 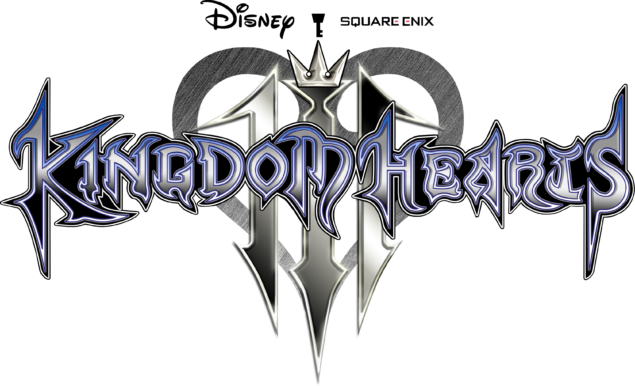 Big hitters like Deus Ex: Mankind Divided, which was introduced with a magnificent cinematic trailer, but little information has been revealed so far and no gameplay footage. Similarly Kingdom Hearts 3 had next to nothing shown so far, and especially after the switch to the Unreal Engine 4, fans have been eager to see the game in action. Final Fantasy XV will surely make an appearance, as well as the hugely anticipated Just Cause 3, which will get its first gameplay trailer quite soon.

Rise of the Tomb Raider is another huge title coming from Square Enix, but it is certain that Microsoft will have the title showcased in their own press conference, as it is one of their biggest exclusives of the year. It is quite possible that Square Enix will have a few surprise announcements as well, so we are certainly in for a treat, as E3 2015 is shaping up to be one very incredibly exciting event with many announcements coming from both Sony and Microsoft. Nintendo is returning to host a press conference after being absent for some time. Both Bethesda and Square Enix are holding their first press conferences, and Ubisoft will surely have a ton of great announcements as usual, as well as demonstrations of Assassin's Creed Victory, The Division, and Rainbow Six Siege.

We will bring you any new information on Square Enix, Deus Ex and other projects, as well as any news about E3 as soon as it becomes available. Be sure to check out our Deus Ex: Mankind Divided and Just Cause 3 coverage for more information on the titles.