With Intel's next generation Haswell-E and Haswell-EP on the verge of launch, several memory makers including Corsair are preparing their latest DDR4 memory modules that would be integrated on both high-end server and enthusiast oriented platforms. 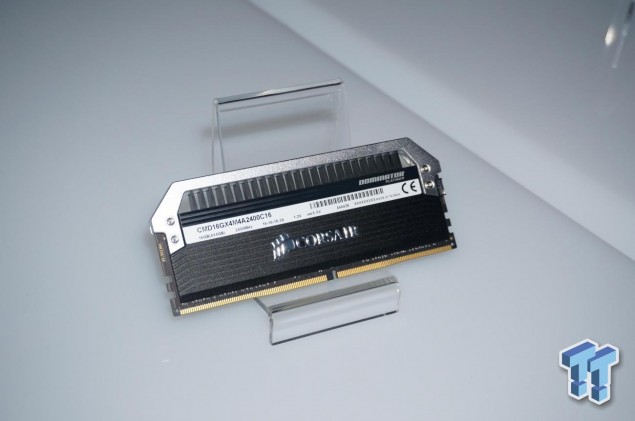 Images are courtesy of TweakTown!

Corsair being one of the leading memory makers in the industry have showcased their upcoming Corsair DDR4 memory modules over at Computex this year. The modules are available in both Corsair DDR4 Value Select and the Corsair DDR4 Dominator Platinum flavors with the latter aimed towards high-performance and enthusiast minded users who want best performance and overclocking support. It isn't defined what speeds does the Corsair DDR4 Value Select memory runs at but the Dominator Platinum is rated at 2400 MHz and the model being show-cased is part of the 16 GB (Quad Channel 4 x 4 GB) kit with latency timings of 16-16-16-39 at just 1.2V. The kit is labeled as CMD16GX4M4A2400C16 though its launch and pricing were  not revealed by Corsair.

The Corsair DDR4 Dominator Platinum sticks with the current aluminum heatspreader design which goes well with PC setups while the cheaper and value oriented Value Select DDR4 modules are aimed to please the budget users and new adopters of Intel's HEDT platform such as the upcoming X99 chipset based LGA2011-3 boards and processors.

The main advantage of DDR4 memory is that it supports more memory per module, so if we take a look at a DDR3 stick then it would at max feature 8 GB memory while the DDR4 stick can feature up to 16 GB memory utilizing the same space and size. These are just the consumer variants and if we take a look at the dense server market, then SK Hynix already showcased a 128 GB single memory module back in April. The memory module makes use of several 8 GB DDR4 sticks on the PCB which results in memory buffers of 64 GB up to 128 GB. But consumer side of things still get a massive deal and the X99 platform will be able to support up to 64 GB of DDR4 memory in Quad Channel. This also results in overall better bandwidth, if we take a look back at DDR2, that only featured 10 GB/s bandwidth, DDR3 had 25 GB/s and DDR4 would further push it up to 35 GB/s and possibly even 40-50 GB/s when we start getting higher frequency variants in the future.

Some basic features of the DDR4 memory thus include the obvious, Higher bandwidth which results in responsive applications, lower power usage, improved data integrity and support for higher capacity modules. Aside from Corsair, memory makers which include ADATA, Crucial, Kingston, Virtium.  G.Skill, ADATA, Kingston and Crucial were among the first manufacturer’s to show their DDR4 memory modules at Intel’s IDF 2013 conference which was held last year. It will still take some time for them to mass produce ram modules for shipment to server platforms by the second half of 2014. 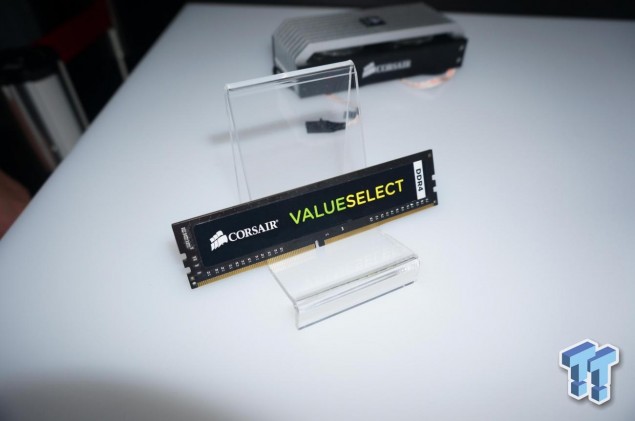 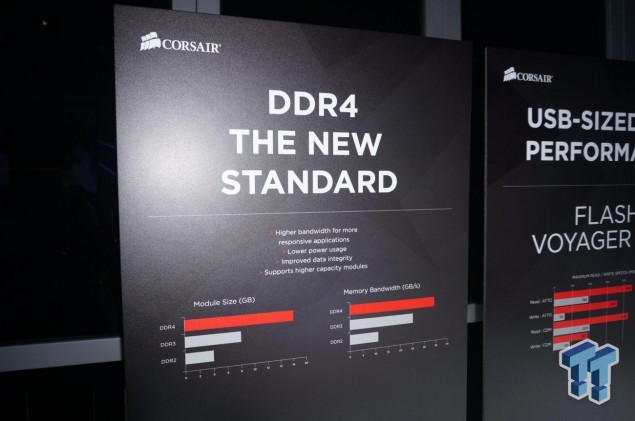