G.Skill Impresses No One With DDR4 Reveal – No Live Demo and RAM Displayed in a Glass Cage

Companies have been very busy at the IDF (Intel Developer Forum). Kingston revealed its massive 192 GB DDR4 Ram Kit with a Live Demo, and apparently G.Skill followed suit. G.Skill did reveal DDR4; however it showed no live demo or any sample in action, the 'DDR4' Ram Modules were actually locked up inside a case for looking only.

G.Skill Intros DDR4 with No Flash and Bangs - Just Looking at the Chip is enough.

I think its needless to say that if the stall next door (figuratively speaking) is on a Live PC Showcasing 192GB worth of DDR4 RAM and you are just putting DDR4 Ram chips into a glass case for people to see; don't expect anyone to be amazed. And no one really was. However to be fair G.Skill did showcase a DDR3 3000MHz Ram Chip in a 32 GB Ram Kit which is pretty damn impressive in itself. The G.Skill DDR3 3000Mhz Ram was tested on a 4960X and pushed the Ivy bridge setup to its limit. we say once again: Pretty impressive. 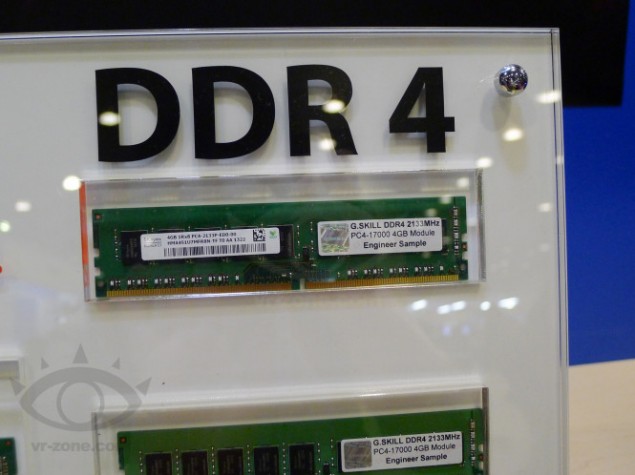 However on their DDR4 side, they had more trouble. Kingston has showcased 16GB Ram Modules (DDR4) while the G.Skill Ram Chips locked in the glass case can be clearly seen to be 4GB Models. It seems that G.Skill wasn't really ready for a DDR4 Reveal but were pressured into it by competitors around them at the IDF. Whatever the reason may be we hope that when G.Skills DDR4 Ram is finally available to gamers and professionals its up to the mark set by competitors. Because DDR4 is clearly the next step in the Ram Evolution and a slight delay now could be very detrimental to the company. 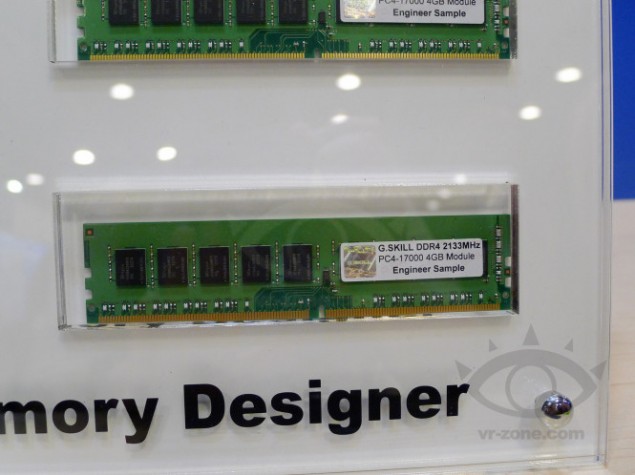