The South Korean semiconductor supplier SK Hynix is the latest addition to the list of manufacturers to announce the addition of the DDR4 to their portfolio. The double data rate fourth generation memory is expected to hit the market sometime this year or the start of 2015. However, Hynix has just set the bar for future releases even higher. With companies such as Micron and ADATA announcing modules with capacities of up to 8 gb, Hynix's modules will have a shuddering capacity of 64 and 128 GB. Whether motherboards supporting this capacity will arrive in the market is a speculation for another time. 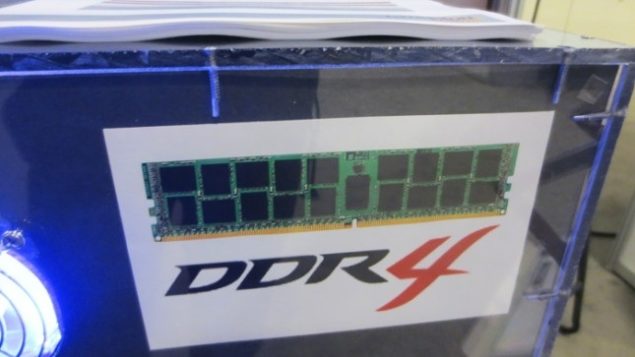 The modules are based upon the company's 8Gb memory chips mounted on the 20nm process node. They are manufactured using the Through Silicon Via method, providing them with double the density of the previous modules. This means that the circuit are produced with a small conducive hole which is then filled with a conductive material. The circuits and the material are then joined, creating vertical pathways. This not only provides for the lower operating voltages but also opens the modules up for higher bandwidth and capacities.

Sung Joo Hong, head of development at SK Hynix said that the development of the world's first 128 Gb DDR4 has its significance in the ultra-high density server market. "The company will further strengthen its competitiveness in premium DRAM sphere with the development of high density, ultrahigh speed and low power consuming products.” he said. The latest modules are clocked at the same 2133 MT/s and will process date at 17 GB/s over a 64-bit wide bus, with a power requirement of 1.2 V. Mass production of the modules is expected to begin by the start of 2015.