Intel's Haswell-EP Xeon E5 processors which are aimed towards the dense server and high performance compute market have started showing up over at several retail outlets in mainland China. Intel's Haswell-EP lineup is going to launch around Q3 2014, Intel would also launch their HEDT Haswell-E processors around the same time (2014 September). 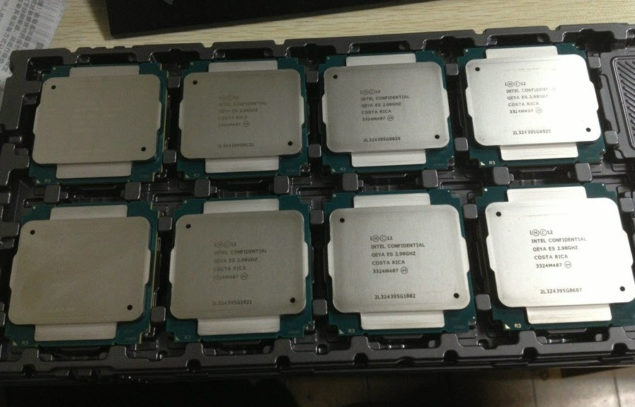 For their next Xeon E5 platform, Intel is going to release the Haswell-EP generation of Xeon processors branded as the Xeon E5-2600 V3 which from an architecture perspective are a TOCK featuring the latest 4th generation Haswell microarchitecture. Based on a 22nm 3D Transistors process, the Xeon E5-2600 V3 family would support upto 14 cores per socket and 28 threads coupled with fast 35 MB LLC (Last Level Cache) and featuring both the Intel Hyper Threading and Turbo Boost technologies.

Now here's the interesting thing, an Intel Xeon E5 CPU just popped up over at retail site Mitasworld.it branded as the Xeon E5-2699 V3 which features a mind bogging 18 cores and 36 threads and is clocked at 2.30 GHz sporting a massive 45 MB L3 Cache and a TDP of 145W. The Xeon E5-2699 V3 is listed for 3,960.26 EUR and surprisingly, comes in tray package. This listing is followed by a benchmark over at primelabs ran through GeekBench which was captured by the forum members over at Chiphell forums which gives a score of 3269 (Single-Core) and 70291 (Multi-Core) benchmarks. Do note that however had access to these CPUs was running them on a 2S platform so we are looking at 36 cores and 72 threads in total for the multi-core benchmark. The single core score is slightly slower than the Core i7-4770K since the processor is clocked way below compared to the mainstream part but the multi-threaded score just obliterates everything away.

There is still no information whether or not this is just a qualification or engineering sample since Intel hasn't yet announced any plans to launch a 18 core Xeon E5 processor this year. They do have them in plans with Broadwell generation of Xeon E5-2600 V4 series that arrives next year but if Intel does intend to launch one this year then it's for the best of the industry and quite cool that the HPC market will have access to such a high-performance processor this early. Nevertheless, we will wait for an official update regarding this.

So we know that the new Haswell architecture would further leverage the performance over the existing Ivy Bridge architecture based Xeon family delivering more performance with improved efficiency which is the key role of effectiveness in the enterprise and workstation scape. Just like Ivy Bridge-EP before it, we will get multiple die variants of Xeon E5 2600 v3 family which will launch this year and we have already spotted some of them over at Chinese retail site Taobao where a guy has listed three individual Haswell-EP Xeon E5-2600 V3 processors that include the Xeon E5-2690 V3 (8 Core/16 Threads/ 2.90 GHz), Xeon E5-2692 V3 (12 Core/24 Threads/ 2.0 GHz) and lastly, the Xeon E5-2695 (12 Core/24 Threads/ 2.2 GHz) processors. You can spot the listing at the specific sites along with the picture of the processors in tray.

Haswell-EP will be Intel’s first native platform to feature DDR4 memory support with speeds of 2133 MHz which will provide significant boost in bandwidth when compared to conventional DDR3-1866 MHz memory. Intel will also topple these chips with 40 PCI-Express Gen 3 lanes and we are looking at TDPs ranging between 70W to 145 Watts while the high-performance workstation parts will feature a TDP of 160W. Intel is planning to introduce their third LGA2011 socket type known as the LGA2011-3 which will debut along with the Haswell-E and Haswell-EP generation of microprocessor families. This has been known since a while and the socket change was expected considering the new features such as DDR4 memory supported by the platform. 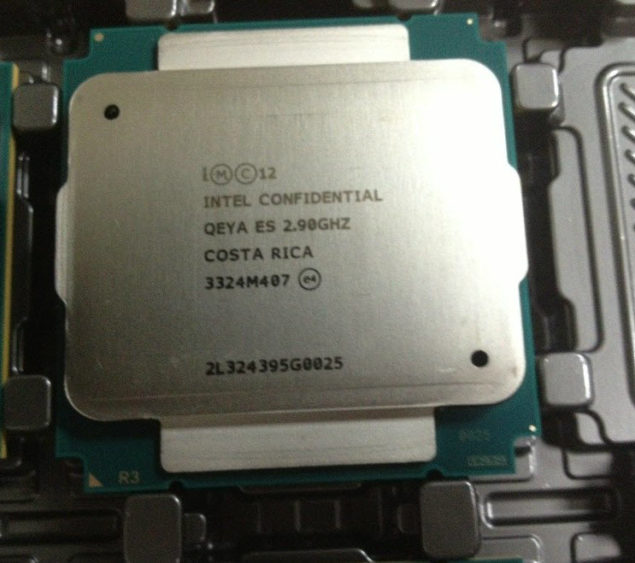 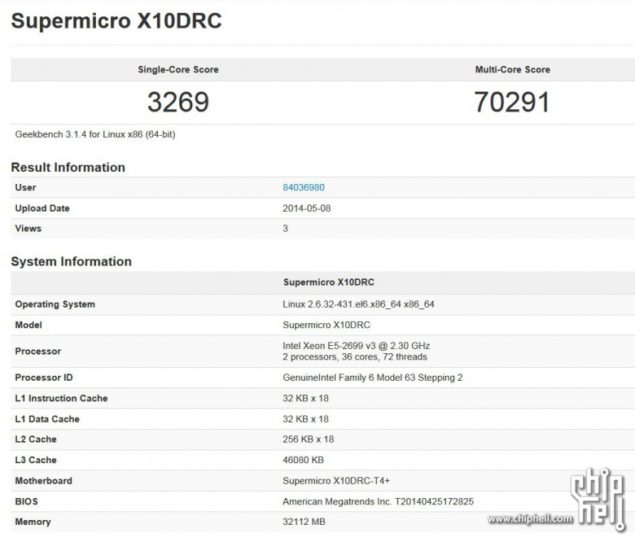 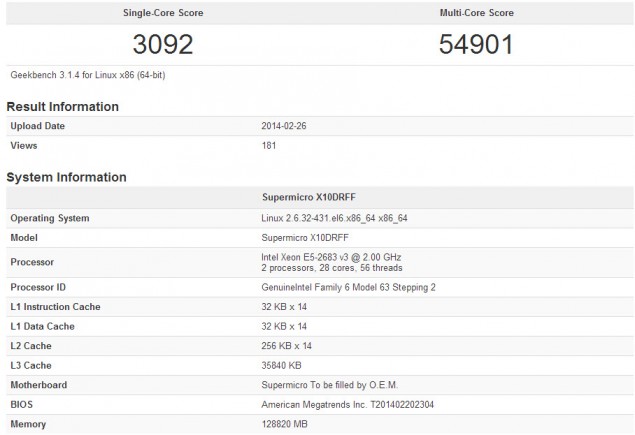