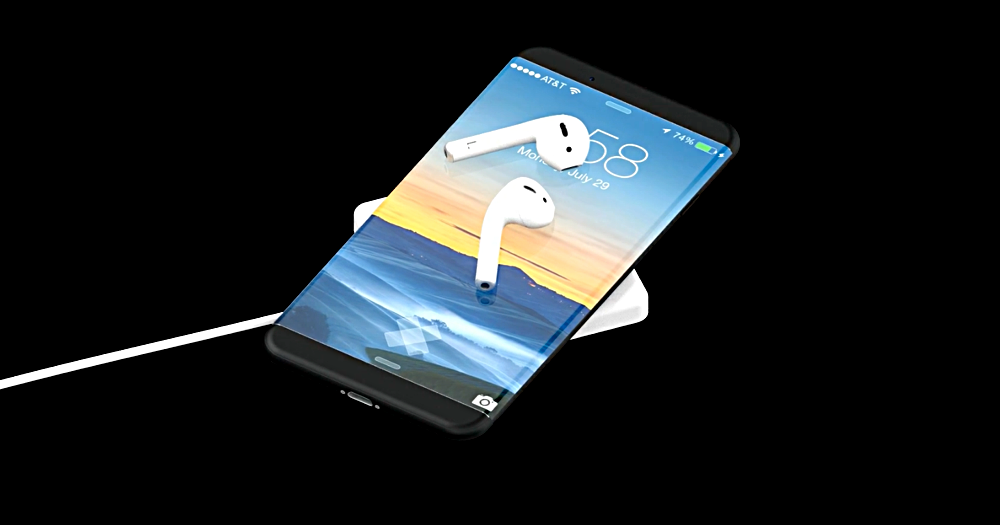 It's a new day in the world of iPhone 8 concept designs and today's showcase looks great and packs wireless charging.

At the time of writing, reports regarding the iPhone 8 are somewhat mixed. It's almost a given that the device will indeed feature an OLED display, but news regarding the overall design of the smartphone is shady at best. But, if you ask the community right now, most of them will either favor an all-glass design or something that lies in the realms of 'two-tone.' The latter is something of which we are a fan of as well since it not only looks great, but gives the smartphone a more premium feel as well.

Today's new iPhone 8 concept, made by TechDrivenTimes, captures a hint of Apple's upcoming smartphone in a great way. Kicking things off is that gorgeous edge to edge display that slightly melts onto the sides. What's more is that two-tone design that features a glass back and metal at the top and bottom. Wireless charging is thrown into the mix as well since it's a rumored feature too. And of course, there's Touch ID Home button embedded straight into the display. Because, why not?

Check out the video below and see for yourself what the fuss is all about.

Though the concept is not of the greatest quality we have seen, but it gets the point across in a very elaborate way. From the design to the display, as well as wireless charging, all the key driving features of Apple's upcoming smartphone are there. But, of course, it remains to be seen how much of it will actually bear fruit once the launch date is right on our faces. There is a possibility Apple might end up taking an extremely unsuspected route this time around, surprising users out there with something which they haven't seen before at all.

Let's just hope that is the case, but in a good way.