Meet the Apple Book Concept – A Combination of iPad & MacBook 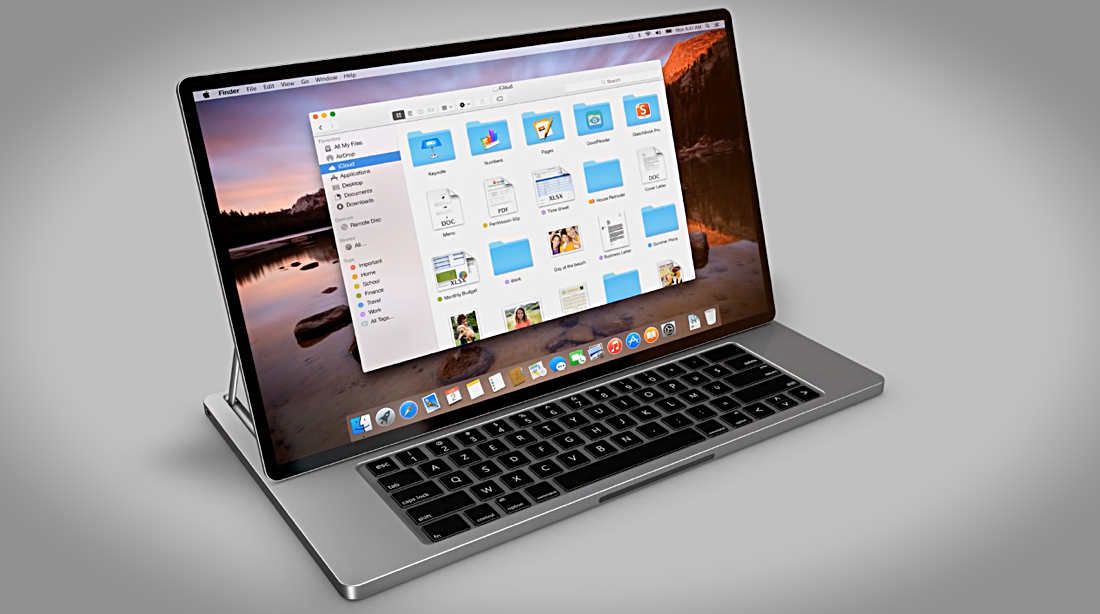 There are certain products which Apple will never make. The Apple Book is definitely one of them, but it still manages to grab our attention in concept form.

Apple has a clear vision when it comes to notebook computing, and the 2016 MacBook Pro is a proof of that. Instead of opting for a touch-screen display along with a keyboard, Apple went with the Touch Bar instead. Basically, Apple doesn't want its notebook user base to fiddle with the display using their fingers just yet. If you still want to do it though, the company has the entire iPad lineup, and a couple of Pro tablets as well, for those hoping to take productivity through the roof.

But what if Apple did decided to fuse the MacBook and iPad together to create one device? If that ever does happen though, then this Apple Book concept captures the essence of it quite well.

OK we get it, macOS on a tablet sounds way too absurd to use, and we totally agree. That's why such a device remains to live on as a concept, nothing more. Also, since the keyboard is a part of the entire package, therefore there is no way to snap in a keyboard of your choice with the display. This is something which you don't have to worry about on an iPad. Buy a keyboard which suits your needs best and presto, you're done.

But the portability aspect of the device just can't be ignored at all. Whether you are on a train, taxi, or a plane, you can rest assured that this device will manage to find space to get work done. If you want to step things up a notch, just push the display back and you have yourself a keyboard.

Last but not the least, it would have been cool if the Apple Book switched between iOS and macOS, depending on the mode you have the device in. This might give users a ton of flexibility, as you do not have to jump into a full-blown desktop operating system to check something as simple as an email.

The Apple Book is an interesting concept, without a doubt. But of course, given how much hype Apple has created with the Touch Bar on the new MacBook Pro, it's highly unlikely we will see something similar in Cupertino's product lineup soon. Sure there is a chance Apple might cave in to public pressure and release something similar, just don't hold your breath for it right away.