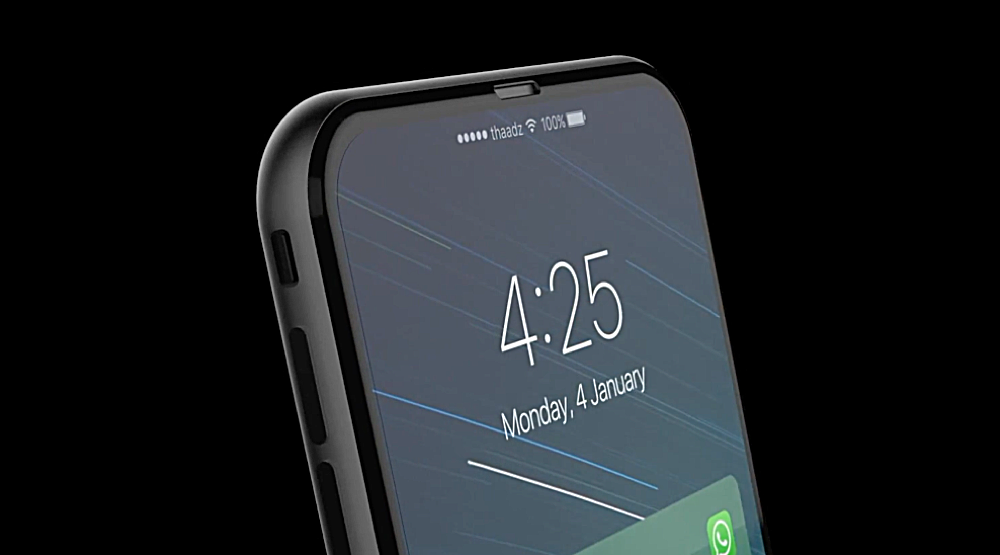 A concept designer has conjured up a brilliant commercial for the iPhone 8, and if you don't pay close attention, you can mistake it for the real deal.

It's really hard to slip up on a good iPhone 8 concept. After all, it gives us a good glimpse of what we can expect in the future. Today's concept, designed by Thadeu Brandão, takes things up a notch when it comes to presentation. If you are not paying close attention to the details thrown in, then you might end up mistaking it for the real deal. Check out the 'commercial' below then we will dive into the specifics of the iPhone 8 concept.

Although we have seen something similar before, but this concept goes over the edge in terms of presentation. It looks quite Apple-esque in a lot of ways. Even the design of the smartphone itself is unmistakable but the front to the device is adorned by a massive display that goes right to the edge, literally. Even the Home button and Touch ID sensor lives on top of the display. But, if you look closely, it's a part of the display as well.

Since the device is imagined to be running iOS 11, therefore users can expect a handful of software related enhancements as well. For instance, the area around the Home button turns into on-screen controls, much like how the Touch Bar works on the MacBook Pro. It's an idea that fits well, but we don't expect Apple to go down that route, just yet.

All in all, it's a wonderful little concept and we dig it, without a doubt. The care that has gone into developing this commercial as well as the design is very, very applaudable. But, when reality hits you, only then you come to realize that Apple might not end up making anything similar to the one above. Still, it's concepts like the one above that keep our hopes up. If we don't see something similar this year, then maybe we will the next one.