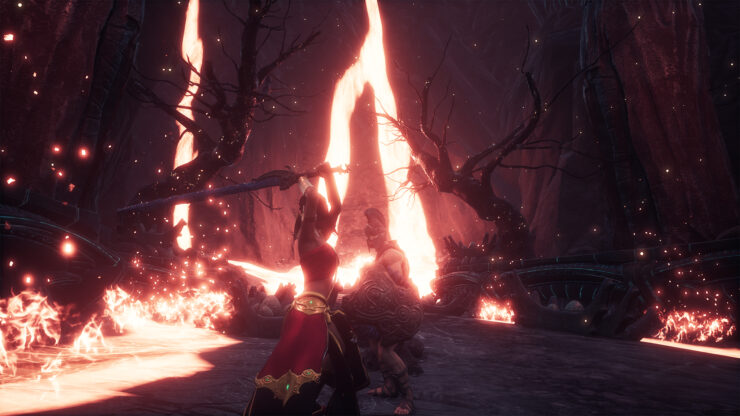 Conan Exiles is about to launch out of its Steam Early Access and Xbox One Game Preview programs on May 8th; that's also when the open world online survival game set in the world created by Robert Ervin Howard will debut for the first time on PlayStation 4.

We've contacted Funcom for a quick pre-launch interview with Creative Director Joel Bylos and as usual, we'll start with a few questions on technical matters.

In June 2017 you said that Conan Exiles would run at 4K resolution on Xbox One X. However, when the game received the Xbox One X enhancement you stated that it was running at 1440p resolution. Was it because the Xbox One X somehow turned out to be less powerful or more difficult to exploit than you anticipated? Will there be an update to deliver further graphics enhancements?

The Xbox One X is running at 1440p, upscaled to 4K and the UI is in 4K. We haven't had time to push into the nuances of the hardware on Xbox One to get the utmost out of it, so we've stuck with the safer route of a smaller resolution upgrade with custom settings. While we have focused on tweaking it, mostly this is for performance improvements in the current resolution, not to target a higher resolution.

On PS4 Pro what are your targets when it comes to resolution and frame rate?

PS4 Pro runs at 1080p with higher settings than the base PS4.

Are you going to support HDR displays on Xbox One S/X, PS4 Pro and PC in Conan Exiles?

We don't have any plans to support this right now.

ARK: Survival Evolved, another survival game based on Unreal Engine 4 like Conan Exiles, announced a Nintendo Switch port recently. Is that something you have been investigating at all so far?

We have been very focused on getting the Xbox One and PS4 versions of Conan Exiles optimized and ready for launch – we've had no time to dig into the Switch.

Check back soon to read our full interview with Joel Bylos on Conan Exiles and the developer's plans post-launch.