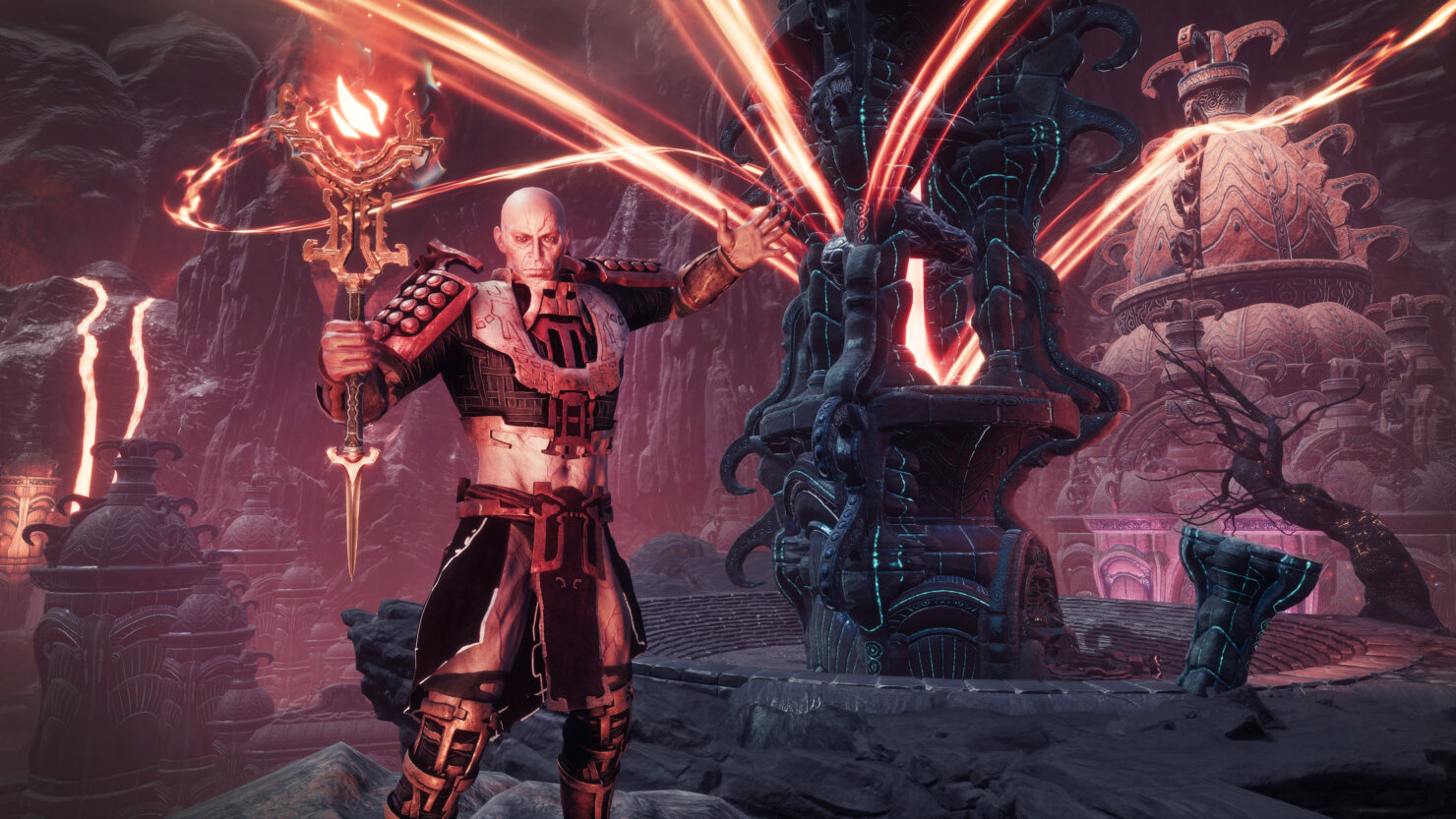 Conan Exiles and its multiplayer are receiving updates as time goes on; last year, it got another new expansion named the Isle of Siptah, and then back in December, a new time-limited event was added, named Grave Matters. The game updates don’t seem to be stopping, as a new expansion will be on the horizon soon.

This new expansion is titled Age of Sorcery and brings some new features to players and their characters. The main draw is that you damage yourself by using Sorcery and other abilities, such as performing summoning rituals to summon demonic and undead followers, vanish from plain sight, and conjure darkness or storms at will. Using extensive amounts of Sorcery does visual changes to your character, as well as being a game mechanic, called corruption.

Aside from sorcery being added to the game’s landscape, every attribute will be rebalanced and effects tweaked. In addition, players also get a choice between perks in each attribute, allowing for further set building and specialization. Sorcery, if you use too much, can corrupt you, and you’ll get a perk for your troubles if you use too much of it.

Age of Sorcery also has a roadmap update that starts with this expansion; each Age will continue to have its own theme, free gameplay updates, and Battle Passes. Ages look to the future, in order to deliver evenly paced content drops and an easy way for any player to support the game’s growth and receive exclusive themed cosmetics.

Other details added in the upcoming update include building overhauls for ease of access, and the addition of Creative Mode, a space designed to freely create the cities and spaces you want with no restrictions, and explore them with your friends. As for when this expansion releases, it’ll release in Q3 2022 (so, somewhere between July and the end of September).