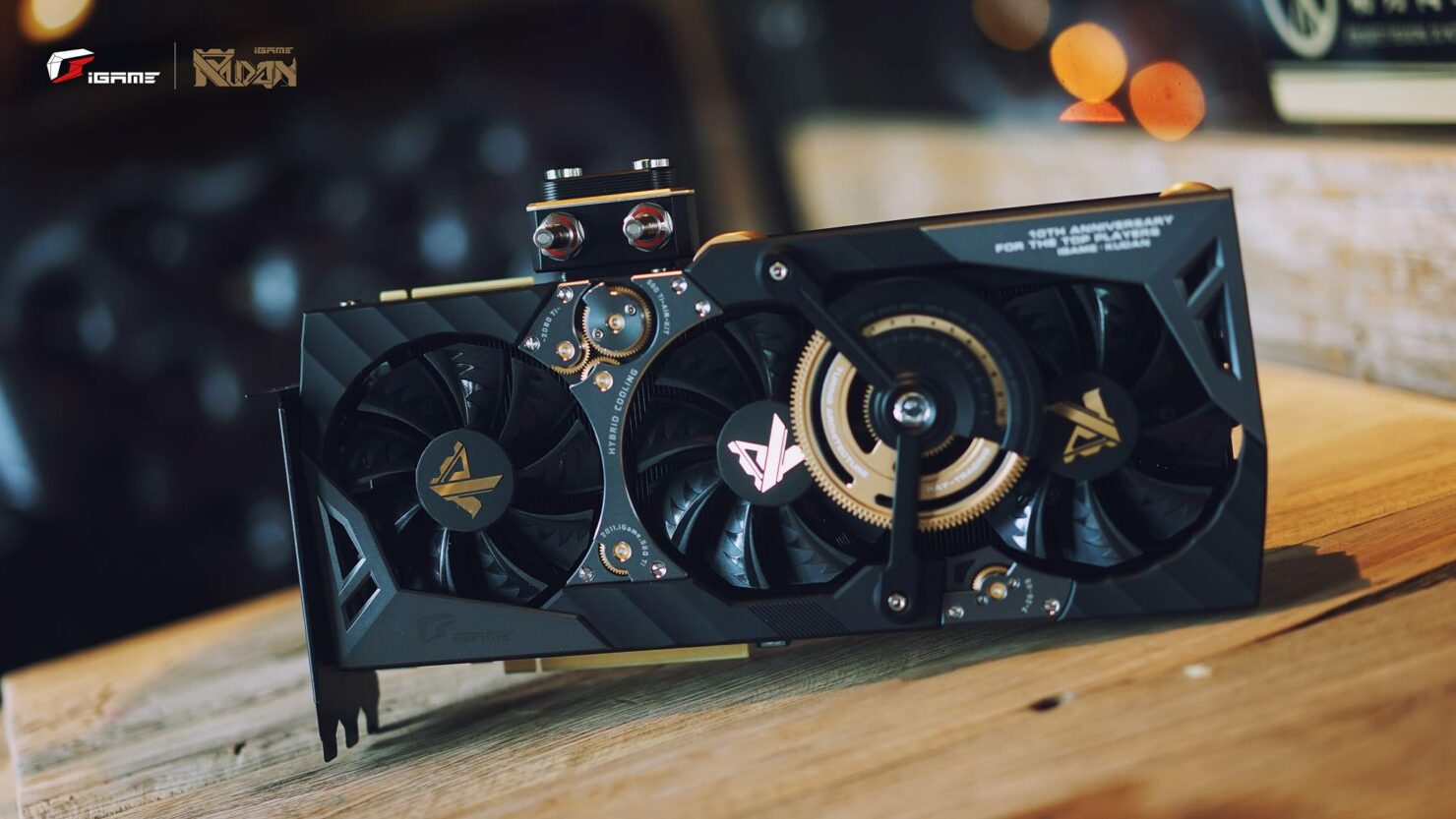 Colorful Technology, introduced their flagship iGame GeForce GTX 2080 Ti KUDAN graphics card last month at CGU 2019. The earlier showcase revealed that the graphics card was one of a kind with massive cooling capabilities and a powerful PCB, designed to be overclocked. The design of the card also looked amazing with an all Steampunk look but if you want to buy one, prepare to empty your wallets.

Colorful went all out with their new KUDAN design. The previous KUDAN, the GTX 1080 Ti, gave us an impression that Colorful was following a steampunk design but this time, they are fully adopting the theme. They are also charging an insane $3000 US for the KUDAN which is the highest price we have ever seen for a single chip based graphics card (excluding Titan's).

Featuring a triple slot design with a massive shroud and triple fan cooling, the RTX 2080 Ti KUDAN is a pure beast. It has a very retro design with a large gear in the middle that is connected to the outer frame of the aluminum die-cast shroud. The card seems to include RGB LEDs, but even without them, the card looks spectacular.

The iGame GeForce RTX 2080 Ti KUDAN also features RGB lighting for further customization and a new, larger LCD display known as the iGame Status Monitor 2.0 on the side which shows real-time information about the graphics card such as current clock speeds, temps, voltages, fan speed, and other readings. You can also use the LCD to display text, image or GIFs with the iGame Dynamik app which we also tested in our iGame GeForce GTX 2080 Ti Vulcan X OC review.

The card uses the Trinity cooling system which is a combination of solid metal heat pipes, huge aluminum fin blocks and a large liquid cooling plate that keeps the graphics card running at ideal temperatures under all load scenarios. Additional cooling is provided through an integrated water block which can be used with custom loop solutions. This is a hybrid cooling design so if you have a custom loop installed, you can add more cooling to the graphics card. 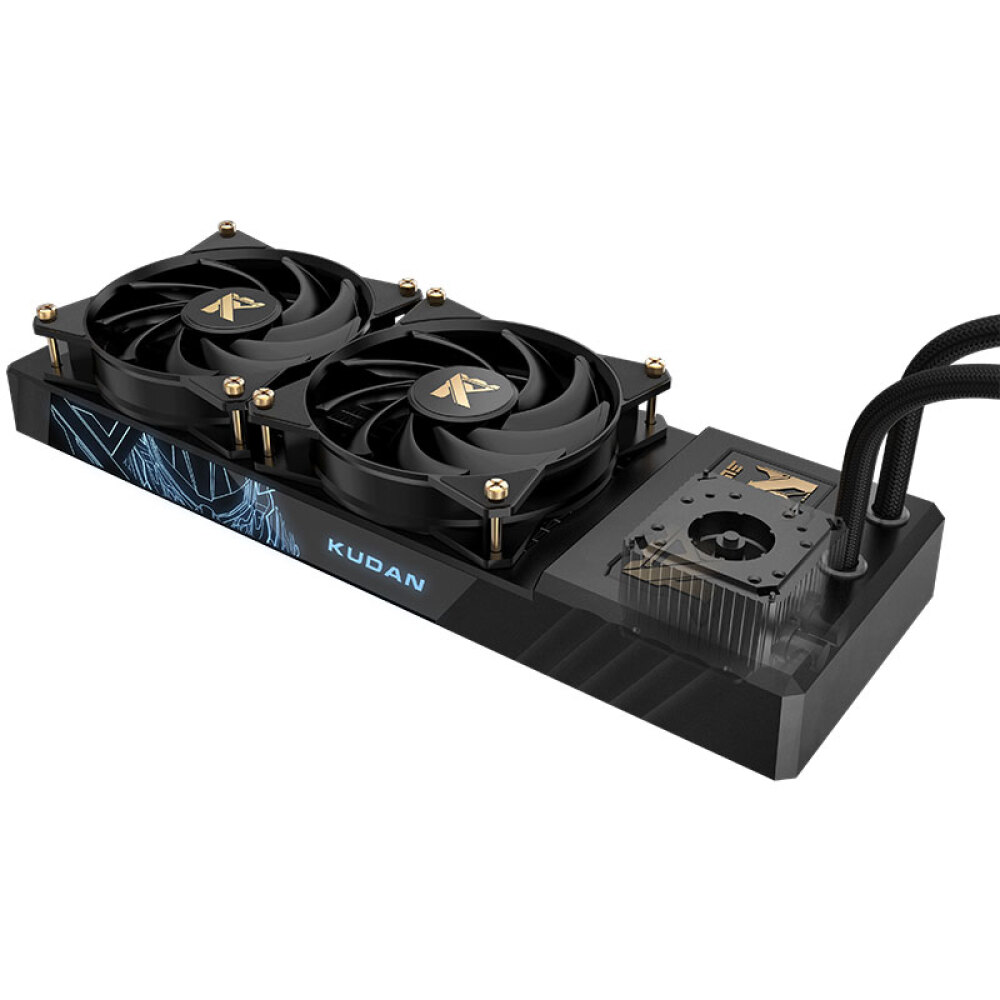 But the card doesn't leave you with that, it also comes with a 240mm AIO radiator which has a built-in pump. There are two fans pre-attached to the radiator, offering high-end liquid cooling performance out of the box. This is really useful for users who are not running a custom loop solution. Colorful seems to be offering users choices for both solutions. With strong cooling, the card rocks clock speeds of up to 1815 MHz with further clocks to be gained from manual OCs. 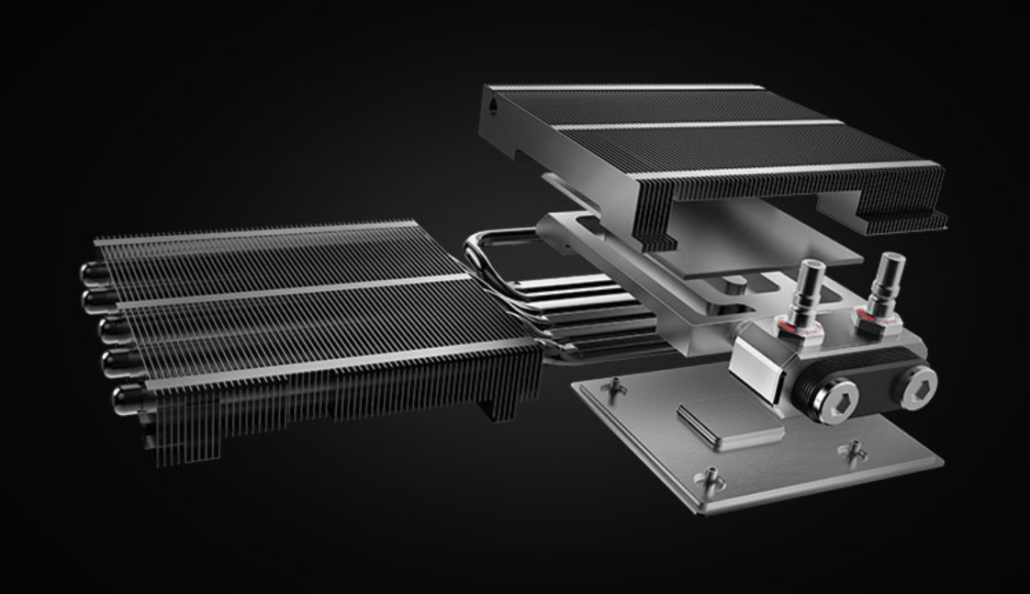 Looking at the card, we can see that it makes use of triple 8 pin connectors and a solid back plate. Of course, the card has a really cool robot design etched to the backplate. Display outputs include triple DisplayPorts, a single HDMI and a single USB Type-C (Virtual Link) connector. There’s also an OC dial on the back which enables the factory shipped OC BIOS over the standard clock BIOS for an additional boost in performance.

The iGame KUDAN will be a limited edition model with only 1000 units sold in its entire lifetime. Each card sold will have an "Exclusive Number code" at the back making it truly a limited model and comes in its own carrying case. It does sound nice indeed, but unless you are going to keep the card as a showpiece or an antique, the $3000 US price is just bonkers.