Google is Testing Touch Friendly Launcher for Chrome OS, Here’s How You Can Try It Right Now 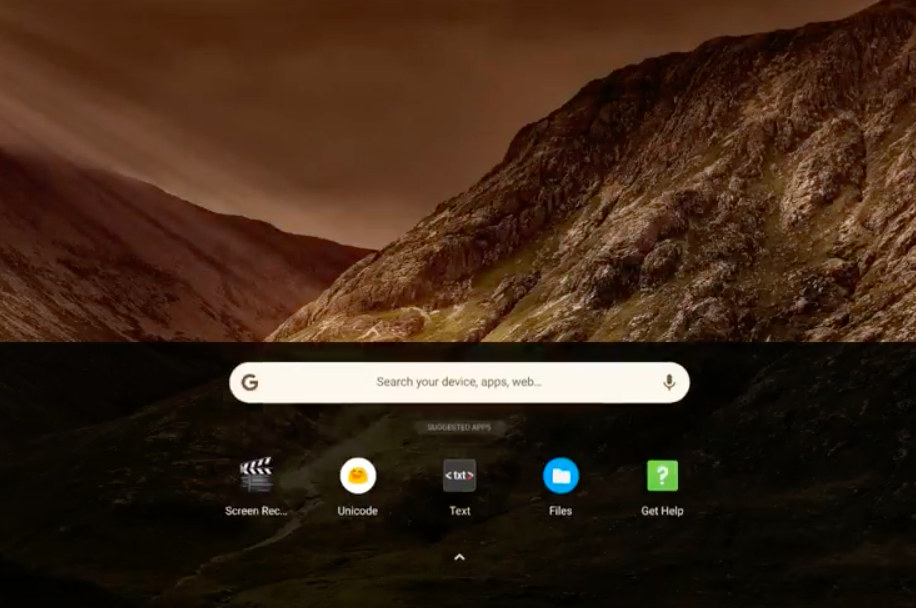 Google is working on making Chrome OS bigger and better. The tech giant is tweaking the UI of the OS and introducing new features. In the latest news, it is testing a new UI for the OS, which is touch-sensitive and refreshingly new. And the best part is that you can try it right now!

By tapping on the new launcher button, users will now get information about recently used applications and it will also give easier access to the search bar. By sliding it up, we get to see a simple overview of installed apps on the device, a crossover from the Pixel Launcher. The functionality of the new launcher is identical to the current launcher on the Chrome OS, but the UI is refreshing that would appeal to the 2-in-1 Chromebook Pro users.

For now, Google is testing the new launcher, and it is only available in the Canary channel. Before going ahead with the guide, we would like to inform you that this process puts your machine in a reset mode and being an unstable build, you will experience a lot of bugs.

Step 2: This step is all about getting into the Canary channel. Simply press Ctrl + Alt + T to open command prompt and type “shell” to get a prompt and after that type “sudo su” to get the root access. Finally, type this command to switch to the Canary channel – “update_engine_client –channel=canary-channel –update”

Step 4: After completing the previous steps, you are all set to reboot, sign in, and paste this into your Chrome OS browser window: chrome://flags/#enable-fullscreen-app-list. Now, restart you system and press the search key.

How to switch back to the stable channel

After experiencing the new night mode, if you can’t stand the buggy performance anymore, then it is time to get back to the stable channel. For that, you will need to follow these steps:

Press Ctrl + Alt + T and type “shell” command. After that, type “sudo su” and then enter this command – “update_engine_client –channel=stable-channel -update“. Your system will reboot now, press space bar at boot and you’ll see the OS verification screen again. You are now on the stable channel.

Check out the video