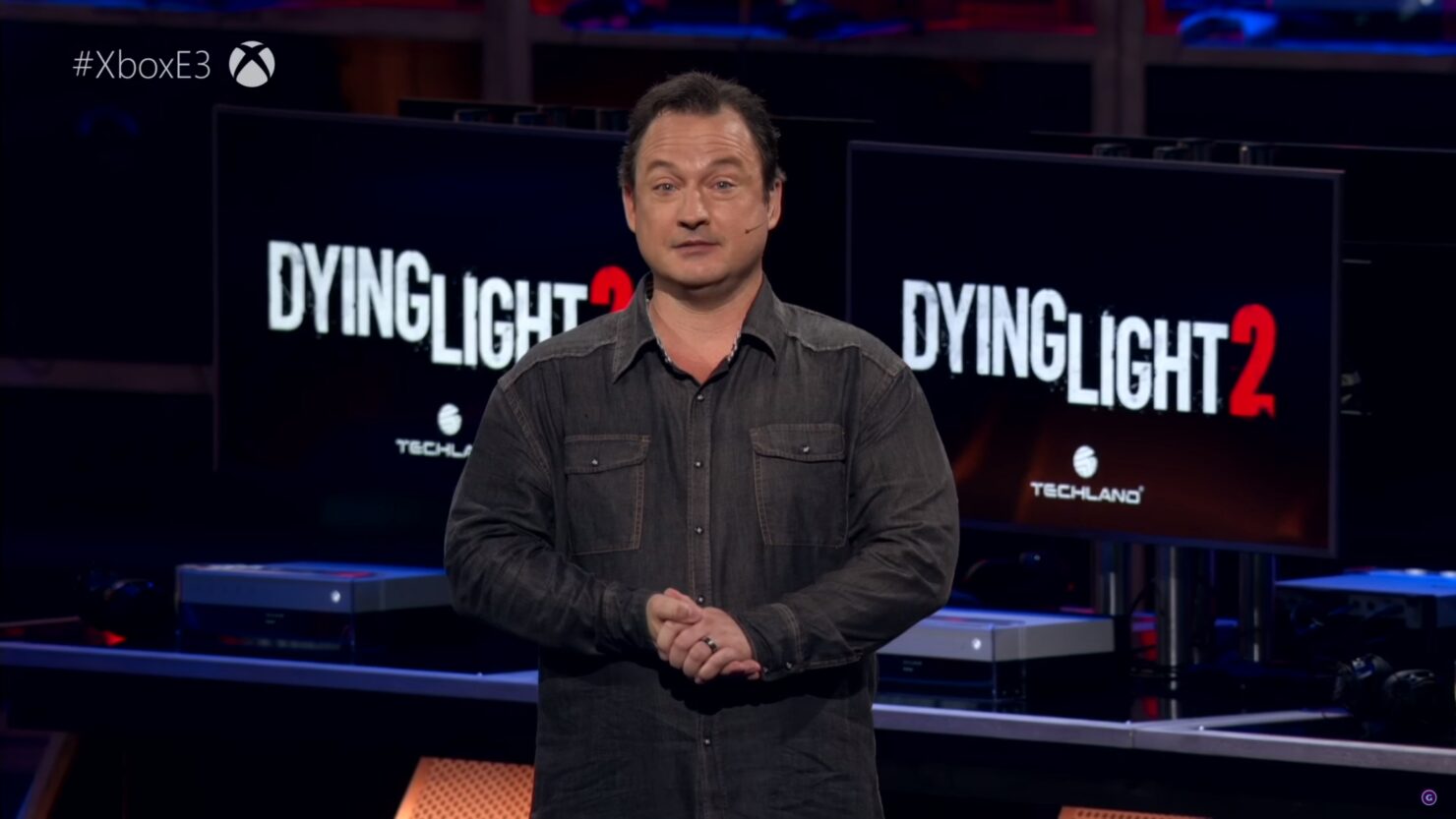 Chris Avellone on the stage of Microsoft's E3 2018 keynote, when he revealed Dying Light 2.

Chris Avellone, the renowned game designer and writer, was accused by multiple women from the games industry of sexual harassment and/or misconduct over the past few days. Avellone didn't really deny them, apologizing instead on Twitter.

After departing from Obsidian, he had taken on a consulting role where he collaborated with several studios at once. He has contributed in various capacity to Torment: Tides of Numenera, Prey, Divinity: Original Sin II, Into the Breach, Pathfinder: Kingmaker, Omensight, Star Wars Jedi: Fallen Order.

More recently, he was working on Techland's Dying Light 2, Gato Salvaje's The Waylanders, and Hardsuit's Vampire: The Masquerade - Bloodlines 2. These studios have decided to cut ties with Chris Avellone since the allegations came to light.

We treat matters of sexual harassment and disrespect with utmost care, and have no tolerance for such behaviors - it applies to both our employees as well as external consultants, Chris among them. This is why, together with Chris Avellone, we've decided to end our cooperation.

We are still working towards delivering the experience we promised in Dying Light 2. Both our narrative team, which Chris supported, and the whole development team of Dying Light 2 continue progressing efficiently, according to the plan revised at the beginning of the year.

Chris Avellone is no longer associated with Gato Salvaje Studio or The Waylanders project.  Chris was brought on as a design contractor on The Waylanders. As of last week, Chris's contract is complete and the content provided will be assessed as development progresses.
Studio Gato Salvaje and The Waylanders team take matters of abusive and predatory behavior very seriously, and we stand against the kind of behavior that was alleged to have happened in the stories shared over the weekend.

Chris Avellone briefly worked with the Bloodlines 2 writing team early in the development of the game. Through an iterative creative process, however, none of his contributions remain in the game that Hardsuit Labs is continuing to develop.

Avellone: Star Wars: Jedi Fallen Order Leads Got a Really Solid Vision, Have Been Great to Work with

[UPDATE] Chris Avellone Has Worked on Star Wars: Jedi Fallen Order and Possibly on the Rumored Vampire: The Masquerade Game, Too